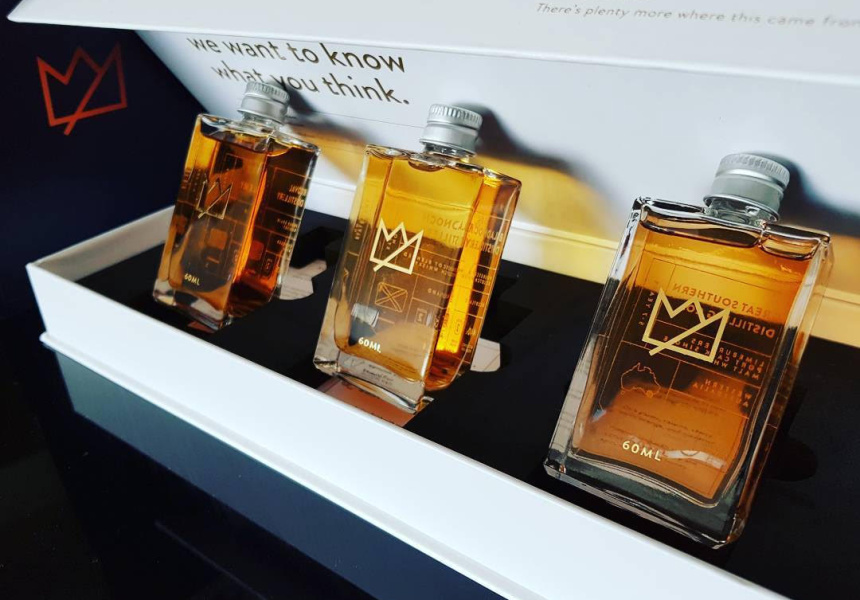 It’s easy to feel overwhelmed in the bottle shop when buying whisky. Because although there is a significant whisky culture in Australia, there’s less conversation about the specifics than there could be.

Sydney-based company Whisky Loot has just launched a monthly, curated whisky subscription service, offering members the chance to sample three different whiskies from around the world. It was founded by Joel Hauer in 2015, and the first box of whisky was shipped in June this year.

The idea behind the concept is to start a conversation about whisky and equip people with more knowledge. The mission is also to provide members with the opportunity to sample whiskies that may not be available at their local, while simultaneously providing valuable feedback to the distilleries.

Each box arrives with three 60-millilitre tasters, which come in an unbranded glass bottle. “Essentially, people experience a blind tasting because visually a brand can affect the way you taste something,” says Hauer.

As a way of matching members with their perfect dram, if customers like what they taste, they have the option to purchase full bottles.

Each box also comes with a tasting-note journal, which encourages punters to document their thoughts and remember what they liked. This will help them with their future purchasing decisions.

Subscriptions are available for three months from $169, six months for $329 and 12 months for $639 and ship nationally.