Produced by Broadsheet in partnership with Asian Inspirations.

Lunar New Year is a big deal in Australia for many cultures - each of which also boast some of the best food in town. In partnership with Asian Inspirations, we detail the best precincts in your city to visit to bring in the Year of the Tiger. Photography: Courtesy of City of Sydney
1/15 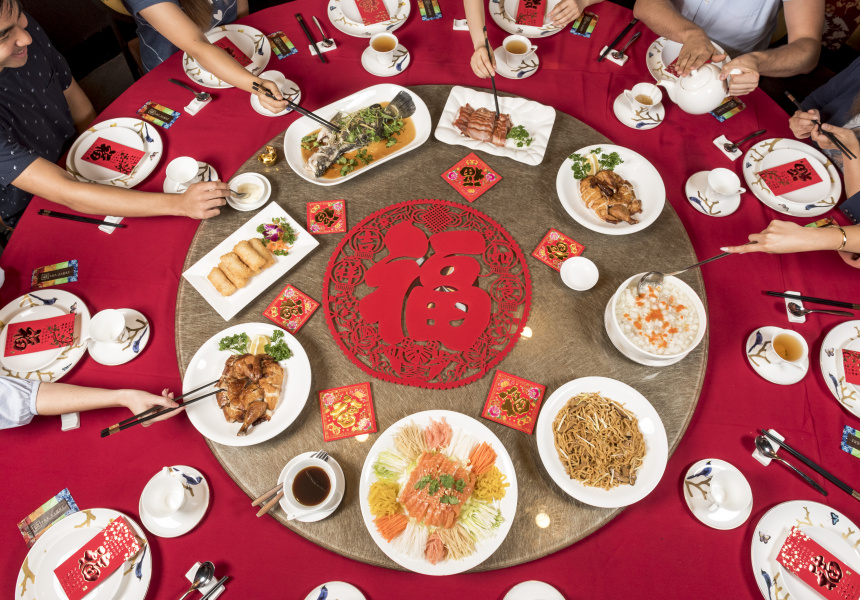 Lunar New Year, also known as Spring Festival, is one of the most significant holidays on the calendar in South-East Asia. It’s an occasion marked throughout Australia, too, thanks to the Chinese, Indonesian, Korean, Japanese, Laotian, Cambodian, Malaysian, Taiwanese, Singaporean, Thai and Vietnamese communities that celebrate the event.

Usually falling on the second new moon after the winter solstice, in 2022 Lunar New Year happens on Tuesday 1 February, when revellers will bring in the Year of the Tiger. Here’s where to find celebrations in your city – and what auspicious New Year dishes to keep an eye out for.

Brisbane
A Lunar New Year takeover of the Chinatown precinct in Fortitude Valley forms a major part of the annual BrisAsia Festival, which runs from February 1-20 in 2022. Catch roving performers and lion dancers as they wander the streets and book a banquet feast at one of the local restaurants.

Another popular destination during Lunar New Year is Sunnybank, a hub of Asian culture located twenty minutes south of the city. Countless restaurants in the suburb, many located in its shopping centres, serve exceptional South-East Asian fare. Cantonese eatery Landmark celebrates Lunar New Year with a series of banquet feasts featuring dishes such as dumplings and whole poached coral trout, which is considered lucky due to the similarity between the Mandarin words for ‘fish’ and ‘surplus’. Eating whole fish at Lunar New Year symbolises abundance , but don’t forget to leave some behind for a surplus of luck and wealth.

Sydney
West of Sydney’s CBD in Cabramatta, home to a vibrant Vietnamese community, locals celebrate Tết Nguyên Đán, shortened to Tết, which translates as “feast of the first morning of the first day”. While the suburb’s Lunar New Year Festival was sadly cancelled in 2021 due to the pandemic, Cabramatta’s many Vietnamese restaurants can always be relied upon to serve up delicious feasts during Lunar New Year. At Bau Truong, a popular restaurant founded more than 25 years ago, feast on thịt kho tàu, a caramelised pork belly and egg dish prepared for two days, and which is a family favourite during Tết in southern Vietnam.

Melbourne
Lunar New Year is always a big deal in Melbourne, where locals in Chinatown have celebrated the holiday for 160 years. In 2022, Lunar New Year promises to be a city-wide affair. On Monday and Tuesday nights in the CBD, the traditional lion dance will weave its way through restaurants in and around Chinatown Square, Cohen Place and Little Bourke Street, including Crystal Jade, Westlake, Ginza Teppanyaki, Secret Kitchen and Flower Drum (see a full rundown here). The following Saturday February 5 the Melbourne Symphony Orchestra is putting on its annual Lunar New Year concert at Hamer Hall, bringing together the world of western opera with Chinese masterworks. This year’s program features conductor Joshua Tan, soprano Sharon Zhai, tenor Kang Wang and cellist Li-Wei Qin, performing pieces from composers such as Zhao Jiping, Gu Jianfen and Puccini.

Perth
Many families throughout Asia celebrate Lunar New Year with a hot pot dinner, a tradition that dates back millennia. Guests add uncooked meat and vegetables, thinly sliced, to a pot of broth simmering in the centre of the table. Once cooked, the ingredients are retrieved from the communal pot and dipped in a sauce – garlic and sesame are popular choices. Perth residents keen to partake in this Spring Festival tradition have plenty of options to choose from in the city, including XCY Hot Pot on William Street, Kung Fu Kitchen on Newcastle Street, and Dragon Hot Pot in William Square.

This article is produced by Broadsheet in partnership with Asian Inspirations. Find delicious – and auspicious – Lunar New Year recipes at Asian Inspirations, from spring rolls and prawns, to chicken and Malaysian-Cantonese dish yu sheng.

Produced by Broadsheet in partnership with Asian Inspirations. Learn more about our media partnerships here