“With cities around Australia locked down, does it feel right to be talking about and celebrating new openings?” It was a discussion we had internally, but in the end, the consensus was that talking about (and celebrating and eating) good food and drink remains a source of joy for Broadsheet readers during these unusual times. Whether you’re planning future travel or searching for inspiration for right now, this round-up of July’s best new debuts (due to the month that was, Sydney doesn’t feature in this month’s wrap) speaks loudly and clearly to the resilience and creativity of Australia’s hospitality industry.

Melbourne
Society
It’s taken four years, but Society – a collaboration between leading Melbourne restaurateur Chris Lucas (Chin Chin, Baby Pizza, Kong, Hawker Hall, Kisumé) and chef Martin Benn and front-of-house star Vicki Wild (the duo behind Sydney’s internationally regarded Sepia) – is finally here. And impressively, the project lives up to its considerable hype. From the scale and ambition of the space – charcoal booths and three colossal chandeliers made from more than 3000 hand-cut crystals beautify the special-occasion-ready space – to the depths of the wine cellar, filled with more 10,000 bottles of the good stuff chosen by a former Fat Duck drinks wizard. It’s an ideal stage for Benn to flex his muscle, and he makes the most of it – whether it’s an Instagram-ready arrangement of edible leaves in a jelly pool flavoured with a French dessert wine, Sauternes, or a rondelle of finely diced albacore with rhubarb and shiso. Beyond the main event, there’s a bar and a more casual restaurant, the Lillian Terrace, which opens this Friday. Society, according to its partners, is a place for everyone. “The whole idea was to create a dining experience where guests can curate their own experience,” says Benn. “We want it to be à la carte, but not restrictive and with no rules about ordering.”

Perth
Nieuw Ruin
“If [London’s] St John Restaurant opened somewhere in Scandinavia in the 1970s with a wine list from the guys at Noble Rot.” If you were after a positioning statement for the west’s newest wine bar, this snappy one-liner from a local food writer hits the nail square on the (lo-fi, skin-contact) head. Working out of a historic converted cottage in Fremantle’s verdant Norfolk Street, the Foxtrot Unicorn team has brought its love of good drinks and vintage Australiana south of the river and the port city is loving it. While a visit to Nieuw Ruin will involve plenty of cooing and pointing at the bottles artfully arranged through out the room, the cooking of Blaze Young is just as noteworthy as the vinous stuff. The plates might be small, but they bang with flavour and no small amount of retro fun. The fries come dusted with curry powder, dainty bowls of tarama are served with crisps, and devilled duck livers are a throwback to Young’s time at Billie H with Alia Glorie, an influential figure in Young’s cooking story. The bigger dishes follow the same irreverent old school lines as the smaller stuff, from roast spatchcock to an utterly comforting rabbit-and-pork-belly pie floater.

Adelaide
Soi 38
After months of anticipation and extended delays, Soi 38 finally reopened at a former Subway on Pirie Street, and its new iteration feels like the restaurant it was always meant to be. Regional Thai cooking remains the name of the game and chef Terry Intarakhamhaeng works hard to ensure eaters are all winners. While perennial favourites such as pan-fried chive cakes and crisp pork belly remain, guests can now take aim at crab legs with Asian celery, curry powder and chilli jam; roasted eggplant with chicken larb and nam jim; and crunchy sago crackers carting shredded duck with lime and ginger. Rather than giving the traffic-light curry treatment – green, red and yellow – to the usual proteins, the revamped Soi 38 does its thing with venison (grilled and served with nam jim and tomato paste), wild buffalo (served tartare), kangaroo tail (in a Penang red curry), marron (served with pork belly and vermicelli) and pippies (with chilli crab oil). Local makers feature prominently in the fit-out, including tables, chairs and steel bar tops by Remington Matters; brown bar stools from Jam Factory; and the bar itself, with its rammed-earth aesthetic, by Love Concrete.

Brisbane
Rosmarino
After a spot of nip and tuck, Brisbane’s Stewart and Hemmant building has been transformed from an ’80s-era shopping centre into a handsome new retail, food and beverage precinct, complete with original brickwork and snazzy glasswork. One of its first tenants is Rosmarino, a low-lit Italian diner and wine bar from Hellenika veterans Lauren Smith and Andrea Gatti. The 55-seater is all high ceilings, tall, heavily framed windows and concrete floors. Vintage light fittings and old family photos are dotted throughout, giving the space a familiar, familial feel. Chef Dario Manca is cooking a menu of elevated comfort food that ranges from kingfish crudo with verjus, bottarga, green apple and burnt buttermilk to casarecce with rabbit ragu, shallots, goat’s curd and lemon thyme. For mains, there’s 24-hour slow-cooked lamb belly with radish, salsa verde and mustard greens, and Wagyu tri-tip aged in white chocolate and served with black bagna cauda (a dipping sauce made from garlic and anchovies). The 150-bottle wine list – soon to be 800 bottles – focuses on Italian wines, with expressions from Mount Etna in Sicily being a particular focus. 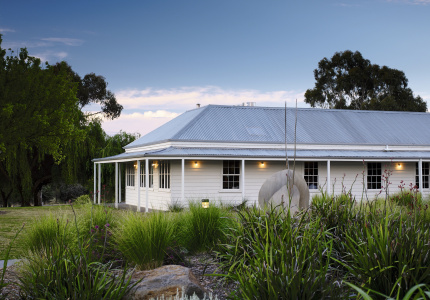 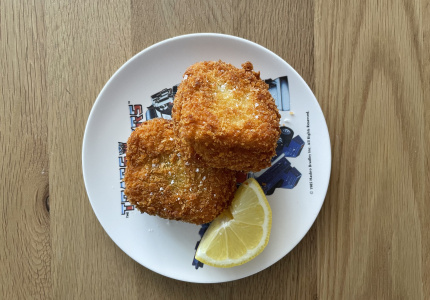