Also called Mid-Autumn, it’s the second largest celebration in China after Lunar New Year. Try the OG (premium lotus seed paste with four salted egg yolks) or one with an unconventional filling such as matcha, bubble tea or durian. 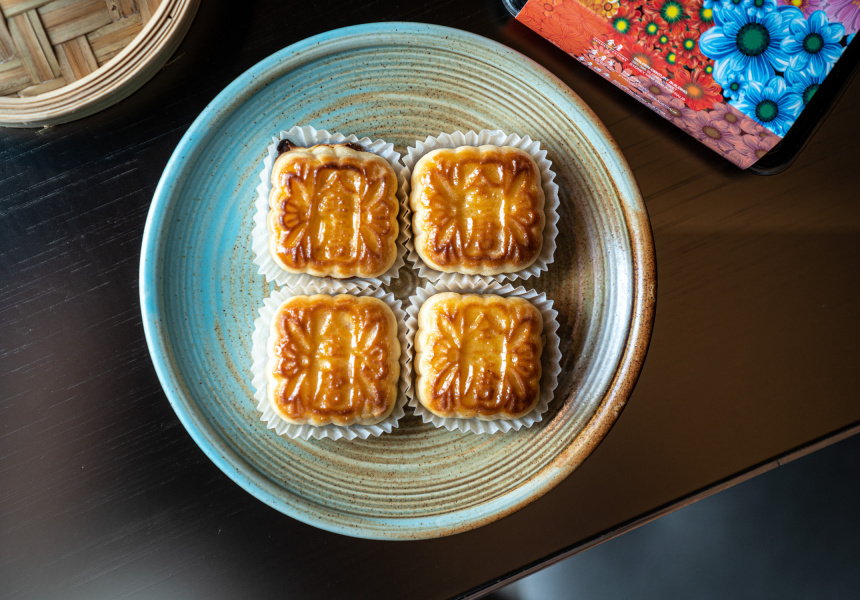 The fondest childhood memories Jen Ng and her partner Danny Fu (of Sydney Asian grocery Season’s Fruit Market) have of the Moon Festival don’t involve the delicious mooncakes that many people love most about the annual celebration, but the paper lanterns they got to play with after sundown.

“I remember going to the local Asian grocer with my mum every year and choosing a lantern. I could only have one to play with on the night,” Ng tells Broadsheet. “There were flower prints, animals, even cartoon characters.”

“You got the fancy lanterns,” continues Fu. “I had the ones that spring open like an accordion.”

The Moon Festival, or Mid-Autumn, is a harvest celebration that happens during autumn in the northern hemisphere (Australia’s spring), at the time of year when the moon is said to be at its roundest and fullest. This year that’s October 1.

It’s the second largest celebration in China after Lunar New Year, and it’s been around for more than 3000 years. Versions of the festival are celebrated all over the world.

Some people light lanterns, others parade under the full moon and some look for love. One thing almost everyone does, though, is hang out with their family and eat mooncakes, a baked Chinese pastry topped with symbols of prosperity and fortune.

Legend has it that during the Yuan dynasty in the 14th century, mooncakes were used by the Han Chinese to smuggle the message of an uprising against the ruling Mongols. Today, mooncakes carry two messages – one of which is a Chinese character for the maker brand pressed into the top of each cake (and brand names are shorthand for quality). “People are very particular about the brand,” Ng says. “We have customers who only want the super traditional Hong Kong brands, like Maxim, Wing Wah or Kee Wah. People spend a fortune on them.”

The other is more an unspoken message of generosity, occasionally tinged with a bit of one-upmanship. “The ingredients inside really matter,” she says. “The Cantonese style, with lotus-seed paste and egg yolk, is the most OG of all fillings ... I remember growing up as kids, mum and dad would exchange mooncakes with family and we’d try to suss out how many yolks were in each cake. The more yolks, the more generous the giver is perceived to be,” Ng says.

“And the most premium version is the white lotus-seed paste, with up to four egg yolks” Fu adds.

Mooncakes have an impossibly thin pastry shell encasing fillings like red-bean or lotus-seed paste. The salted egg yolks inside symbolise the full moon. New mooncake brands are coming up with unconventional flavours like matcha, bubble tea, coffee and durian.

Season’s Fruit Market, Fu’s family grocery store, has been selling mooncakes for all four decades it’s been in business. This year, alongside the traditional Hong Kong brands, it’s offering king durian flavoured mooncakes, plus an assortment of fresh, preservative-free versions made by restaurants Palace Chinese and Golden Century, in Sydney. Flavours include custard, matcha, mixed nuts and pork floss.

Like many traditions, mooncake giving is kept alive by older generations. First generation Australians Ng and Fu participate because their parents still take the lead. “I can’t imagine going out and buying mooncake to give to my friends,” says Ng. “It’s an older tradition. Once we have kids we would want to keep that tradition though.”

The Moon Festival is on October 1. Mooncakes can be purchased at most Chinese grocery stores across Australia.

This is where to buy mooncakes around Australia