As he wraps up his residency at Broadsheet Kitchen the ambitious chef is cooking up new plans. 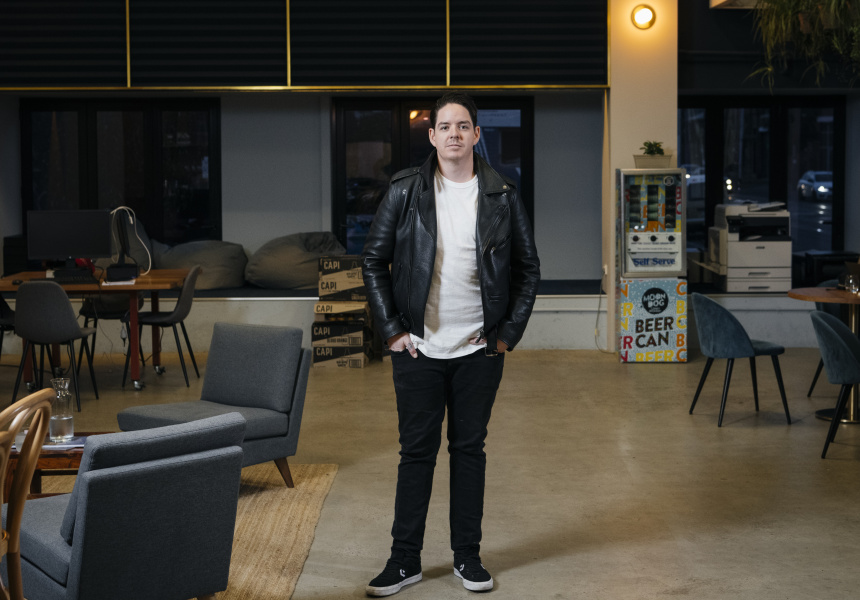 All good things must come to an end, as is said. But, then again, must they?

For Matti Fallon, who has just finished his residency at Broadsheet Kitchen, things are really just getting started. Fallon plans to take his suburban Chinese-inspired concept out of Saint Crispin and into a new, independent venue of its own. And its name: Lazy Susan’s.

It will be “more of a party atmosphere” and “something stylistically cool”, Fallon says.

The three-month culinary residency program at Saint Crispin was aimed at giving up-and-coming talents like Fallon the chance to run a bustling inner-city eatery, from creating a menu to managing a kitchen.

Now Broadsheet Kitchen is undergoing a change of its own. With Fallon’s residency done, the Broadsheet Kitchen will soon hit the road for a six-month national tour, holding special events at some of Australia’s leading venues. At each stop the best young talent from each venue will be given the opportunity to realise imaginative one-off concepts with the support of the best in the business. Stay tuned for this one.

Fallon’s quirky concept was a riff on the local Chinese food he ate growing up on the Mornington Peninsula. Some dishes were bizarre: his take on lemon chicken has elicited endless curiosity from patrons. But everything is outright delicious: the meat on his sweet and sour lamb ribs, a clear crowd favourite, falls of the bones as you eat them.

Fallon hopes to bring the same sensibility to Lazy Susan’s, but with a few notable twists. Along with design studio Lukas Partners (also Lord Lygon), he plans to create a ’70s-style, Japanese jazz kissa bar-inspired venue, with wood-panelled walls, intimate booths and a long bar.

Picture “a ’70s grandpa drinking cognac in a mahogany room” sitting alongside Fallon’s 600-plus strong vinyl collection, playing everything from blues and R’n’B to Afrobeat and rock’n’roll. “Spinning tunes, serving booze,” he says.

Food will be a pared-back version of his Broadsheet Kitchen menu. Expect sharing dishes such as fried rice with cured egg yolks and lobster, lemon chicken done in a new and creative way, yum cha, and late-night dumplings.

Fallon says his time at Broadsheet Kitchen has given him confidence going into his next venture. He not only leaned to run a full-scale kitchen, but also the ins and outs of running a business: dealing with costings, staffing, bookings, suppliers. Everything. “It’s been a really big eye-opener for me,” he says. “It’s definitely what I needed to learn to take that next big step.”

Fallon, who is selling his shop Princes Pies, is currently looking for a CBD location for Lazy Susan’s, which he hopes to have up and running later this year.

In the meantime, he’s gearing up for a series of soon-to-be-announced parties at Ellis Street Studio in South Yarra over July. Fallon says the events, which will include guest chefs Nick Stanton (co-owner Leonard’s House of Love and Leonardo’s Pizza Palace) and Daniel Dobra (head chef St Ali), will be a “south-side takeover for people who didn’t come over to Saint Crispin”.

Clearly, we haven’t seen the last of this chef.

Keep an eye out for Broadsheet Kitchen updates coming soon. Lupo will open at 300 Smith Street, Collingwood on June 4. Read about it here.