What Separates Good Kombucha From Great

Kombucha may have gone mainstream, but not all kombuchas are created equal. Ahead of the Drink Easy awards – presented by Broadsheet – founder Mike Bennie explains what you should look out for. 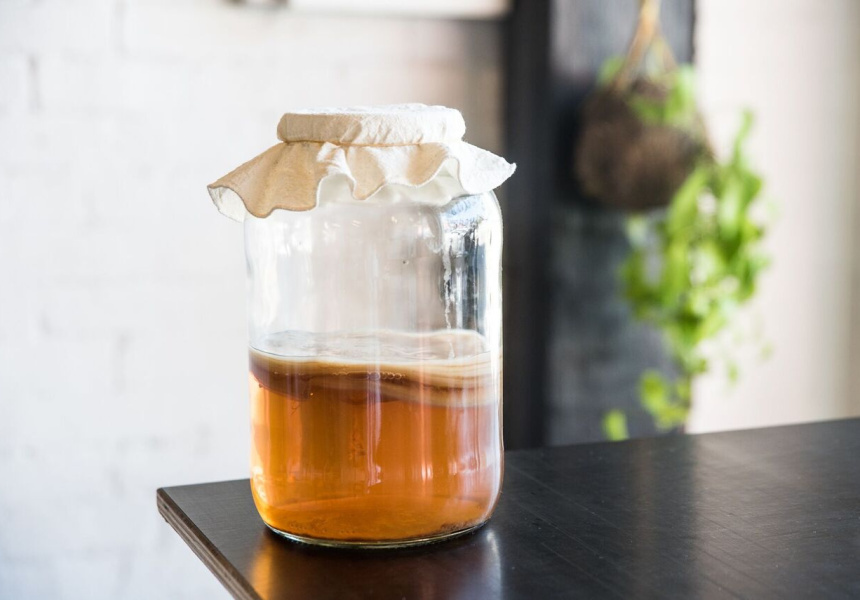 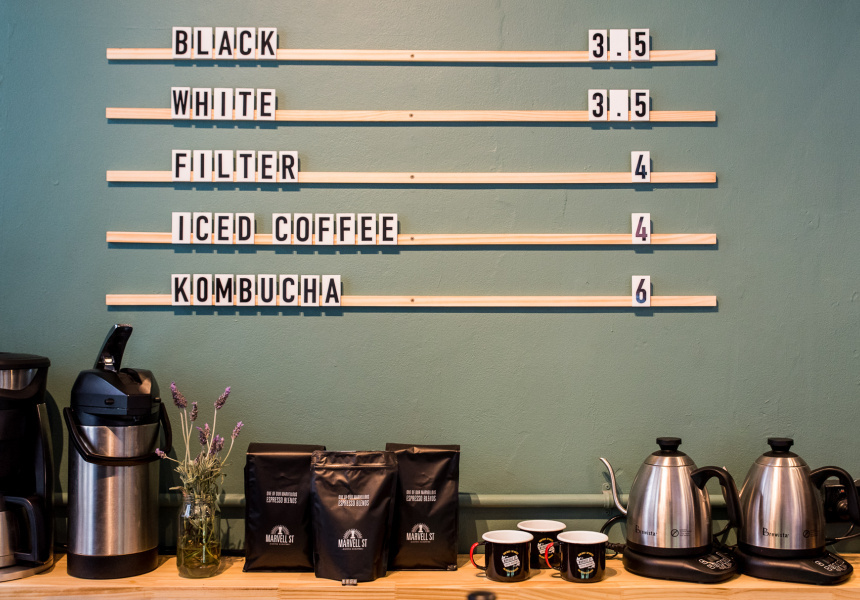 Kombucha used to be the territory of gut-microbe-obsessed health fanatics, or those with ancestry from north-east China or Russia. Now it’s on fine-dining menus and in supermarket fridges.

This very slightly alcoholic sour tea is thought to boost your health in various ways but primarily through fostering a healthy gut ecosystem. It’s made by adding a “scoby” (a symbiotic culture of yeast and bacteria that looks like a fungal pancake) to a container of sweetened tea. The culture eats the sugar and produces acid and alcohol, making kombucha.

Bennie, who is also the founder of the upcoming Drink Easy awards, presented by Broadsheet, argues that kombucha’s popularity is part of a general societal movement interested in fermentation, health and diversity in what we’re drinking. “I like the sourness in the way I like sour beer or wild-ferment beer or farmhouse ciders,” he says.

A lot of Bennie’s recent life has been spent encouraging Australians and overseas drinkers to explore other flavours, styles of production and makers through his own journalism, running the legendary but sadly now deceased natural-wine festival Rootstock and now with the Drink Easy Awards.

The awards – cofounded by Bennie, Duncan Welgemoed (chef and co-owner of Adelaide’s Africola) and Tamrah Petruzzelli (director of creative agency Super Assembly), and presented by Broadsheet – will be a fresh take on beverage judging (it’s mostly been just beer and wine before this) that’s focused on drinkability rather than technique. It will also provide a comprehensive guide to Australian drinks and their producers.

“The awards are aimed at giving consumers a relevant and accessible collection of results in lists – no more medals and no scores,” Bennie says. “The lists will represent a ‘best of’ in various categories, elevating drinks that are not only high quality, but that are creative as well.”

In November Drink Easy will publish its findings with a list of Australia’s most interesting, drinkable and high quality kombuchas. Caitlyn Rees (wine director of Mary’s Group) will be leading the judging of the non-alcoholic category. She has expertise from her time at Momofuku Seiobo and Relae (Copenhagen), two restaurants with a strong focus on non-alcoholic pairings.

What makes a good kombucha? Bennie says avoid the commercial, sugary “kombucha soft drinks”. A good one should be true to what it is, a refreshing sort-of-vinegary tea-soda. To find a good one, read the criteria for the Drink Easy judging, according to Bennie: “Inherent drinkability, complexity, personality and sense of authenticity”. To find the right brand, you better start tasting, either that or wait until November when the awards are published.

Subscribe below to receive updates about the Drink Easy Awards and other news, events, and offers from Broadsheet Media. 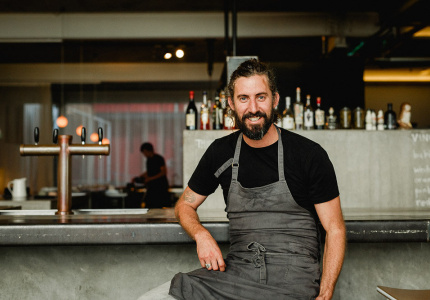