What Makes This Award-Winning Gin “Spring in a Bottle”? It’s Infused With Lawn Clippings. 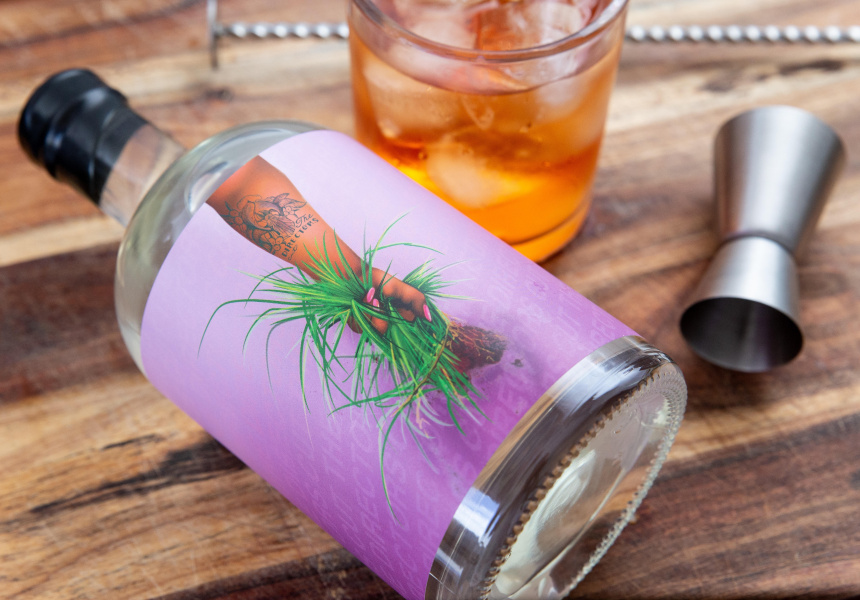 If you were to distill a gin that’s “spring in a bottle”, what would it smell like?

For new Melbourne distiller Antagonist Spirits – by mates Darren Ivey, Addam Winkels and Brenton Dunne – the answer was freshly mown lawn. It evokes the guys’ childhood memories of playing outdoor sport and growing up on farms.

Now, you’re usually more likely to find kikuyu grass – the star botanical in their Hard Cut Gin – in your backyard than in your glass. That is, unless it’s hand-harvested (“I mean it – stem by stem, mate,” says Ivey), macerated for three days in a juniper-heavy blend, and served with tonic.

Besides evoking spring, the kikuyu grass makes for a luscious and buttery finish on the palate. The gin also has soft hints of coriander seed, orris root, angelica root and dehydrated orange peel.

Working with Melbourne’s Gypsy Hub for the distillation, the Antagonist team created a London dry gin with 43 per cent alcohol. And it recently won a gold medal in the contemporary gin category at the Australian Gin Awards

Ivey recommends sipping it neat at first, but for G&T lovers, a three-to-one ratio of tonic and gin is ideal (garnish with a slice of pink grapefruit or a sprig of rosemary). It also works well with fresh apple juice, a splash of simple syrup and a squeeze of lime, or – as the team at Melbourne’s Gin Palace suggests – in a South Side.

As we settle into spring, Ivey is pretty chuffed with the response he’s getting. “It’s great to [hear] people telling us stories like, ‘Yeah, this reminds me of going to my grandma’s years ago’, or even, ‘This just reminds me of having a beer on a Sunday after mowing the lawns.’”

There’s also a slightly stronger version, called the Director’s Cut, which is dialled up to 57 per cent alcohol – and best stirred into a Negroni.