A cheat sheet from one of Australia’s first certified beer specialists. 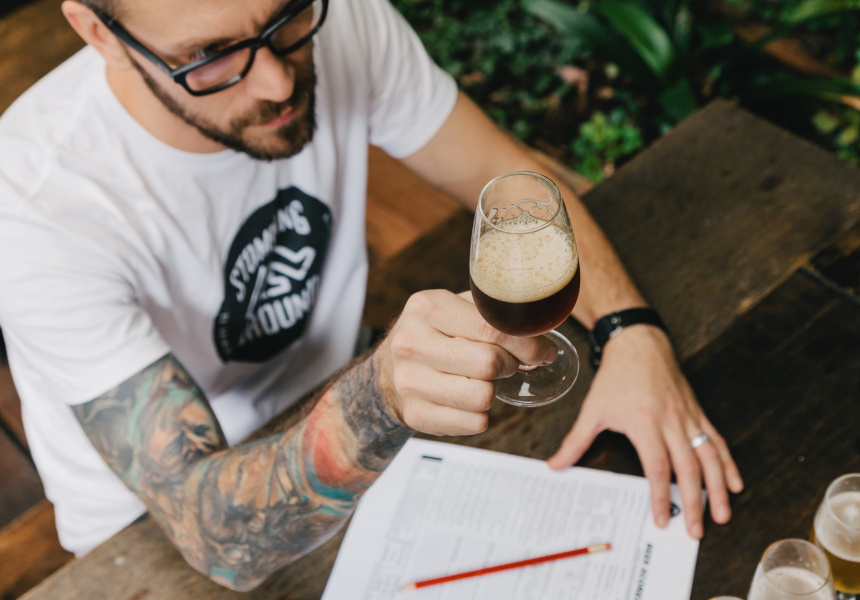 We all have mates who call themselves beer experts. But how many could sit an exam on it? Or four exams, the last of which takes two days?

This is what one must undergo to become a cicerone (pronounced “sis-uh-rone”), a certified beer specialist. It’s a sommelier, but for beer.

Cicerones take part in the Cicerone Certification Program in Chicago, USA, where the course was founded in 2007. The intensive exam involves tasting panels, planning food and beer pairings, and questions on beer styles and service. It’s grown to become the industry standard across the US, and is gaining favour around the world.

Matt Marinich, venue manager of Collingwood brewpub Stomping Ground, and Stomping Ground sales manager Cassie O’Niell, recently became the first Australians to sit the Advanced exam – the third level in the four-level exam. The final stage, Master Cicerone, which is known as the toughest test in the beer industry, has only been awarded to 12 people in the world.

“I knew it would be intense, but it was a bit more intense than I [expected],” says Marinich of the Advanced test. “The morning session is four essay topics, 85 multiple choice questions, two tasting panels of 15 minutes each, then a 15-minute oral exam. Then you break for lunch and [come back and] do all of it again.”

Marinich says he’s still unsure about his result in the tasting portion of the exam. “The toughest parts are the blind tasting panels,” he says. “There’s style differentiation where you’re given one beer, and you have to select one of the four closely related beers that it could be.”

Like much of the exam, Marinich says the process is as much about personal education as it is learning how best to share it with consumers. “It teaches you to engage on the same level patrons want to be engaged on,” says Marinich. “If someone comes up and asks for two lagers, there’s no point trying to get them to drink a double IPA.”

We asked Marinich for his tips for the curious who want to navigate the world of craft beer.

Marinich says beer events and education sessions held at local brewhouses are a great way to begin learning about beer in an informal, friendly environment. “It’s a great experience,” says Marinich. “It’s relaxed and you can ask questions.”

Homebrewing is a reliable way to learn about all of the things that can go wrong when making beer. As a result of his own homebrew experiments, Marinich can pick up on subtle brewing problems like “diacetyl”, a sign of an unwanted buttery, oily feel and taste.

Marinich says blind tastings were the most challenging part of the cicerone exams. But he also says it’s a “whole new world” when you strip the branding away from a beer. It leaves room to evaluate the beer on its own terms.

Marinich says you can learn theory and ingredients “until the cows come home”. But linking styles to different tastes in your memory is one of the toughest things to do. It requires time, consideration and sampling beers you might think you’re not attracted to.

Sharing bottles with your mates

Perhaps the most enjoyable way to begin examining beer is to gather friends and buy some bottles you’ve never tried before. Spend some time talking about what you taste and smell, with beer in your hand.