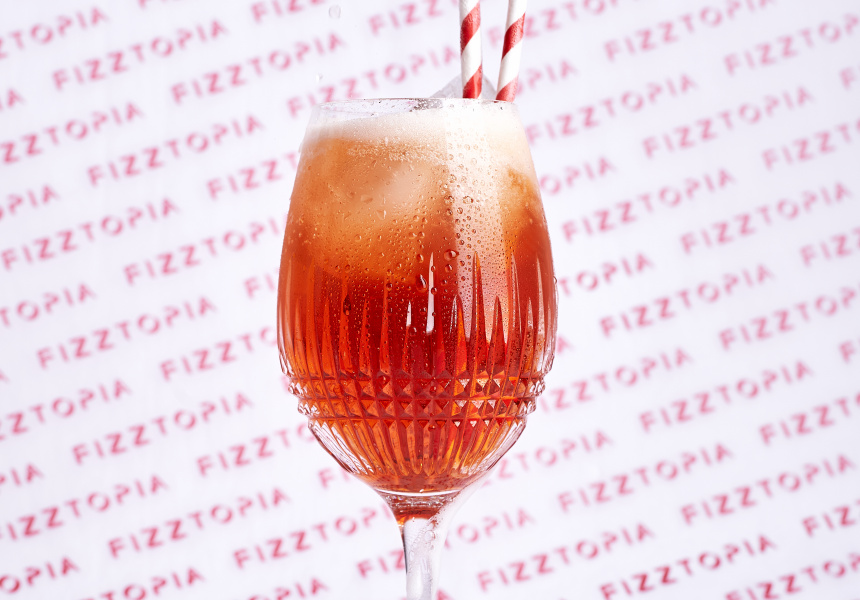 Fizztopia does exactly what it says on the tin: it’s an online bottle shop that exclusively stocks bubbly beverages.

While champagne and its Italian and Spanish cousins, prosecco and cava, are amply represented, there’s also an extensive range of craft beer, cider and hard seltzer. (Yep, that includes White Claw – the cult US brand that just landed in Australia.)

The face behind the fizz is Kyla Kirkpatrick (aka The Champagne Dame), who owns sparkling-centric retailer Emperor Champagne. She’s also worked in the Champagne grape-growing region in France, and as an Aussie ambassador for luxury corporation LVMH, which owns Möet, Dom Pérignon, Krug and more. So, she knows a thing or two about the business of bubbles.

“Originally the idea was that we’d only have the best sparkling wines in the world,” says Kirkpatrick. “And then one of our team said, ‘I love cider and that’s sparkling, so can we put cider on the list?’ And then someone else asked if they could put beer on the list – so it grew from there.”

Hard seltzer has been in particularly high demand since the online store opened last week. “It’s just booming. I’ve had so many conversations about seltzer over the last month,” says Kirkpatrick. “Whether it’s a curiosity or whether it’s something that will last in the long haul, time will tell.”

Champagne-wise, there’s a robust selection ranging from the usual-suspect big names, such as Veuve and Bollinger, to smaller houses such as Brimoncourt. Plus, you’ll find drops from Aussie wineries such as Oakridge, Henschke and Deviation Road.

Kirkpatrick says champagne sales often dip over winter, but – with drinking habits changing in Covid times – that wasn’t the case this year. “People are celebrating minor milestones [and] drinking more champagne at home,” she says. “Overall the industry’s down, but people are upping the quality of the booze they drink at home.”

Fizztopia is also stocked with beers – mostly sours and IPAs – which come from local breweries such as Bodriggy, Bad Shepherd and La Sirene.

And if you’re abstaining from alcohol, there’s also a fairly substantial line-up of booze-free drinks: topnotch zero-alcohol wine (including one from Non that looks like pét-nat and tastes like sour beer), zingy kombucha, and Strangelove’s flavoured tonic water.

Is Fizztopia’s focus a bit niche? Sure. But given how much of our shopping has shifted online this year, specificity is a strength – its saves you having to trawl the web for a product you’ll like. Especially if it’s something fizzy.