I’ve found the 10th circle of hell. It’s catching an Uber while on crutches. Public transport is even more heinous and sweaty than usual when you’re on crutches. I learnt this recently after a bicycle crash broke my ankle and left me with seven titanium screws and a six-week sentence hobbling around on aluminium pegs. This dire prospect, combined with my complete lack of upper-body strength, meant I ended up catching about 50 Ubers in those six weeks. This had its own challenges. Of all the small talk one endures when sporting a visible injury, none is as taxing as that from the inquisitive Uber driver.

After the first 20 journeys or so it became clear that one requirement for driving an Uber is having your own bone-related horror story at the ready. In its delivery, this should include such phrases as: “Oh mate, that’s nuthin’”, “Seven screws?” [laughs dismissively] and, my personal favourite, “What, you need crutches for that!?” This brand of driver never fails to drop you between 100 and 500 metres from your destination.

If you’ve ridden a bike in an Australian city, you know that all motorists hate you. (I’ve been spat on and had a VB can catapulted at me from a passing car.) No one expresses this rage with such aplomb as taxi and Uber drivers. After relating my recent bicycle accident to one Uber driver I was told that I “knew the risks” and perhaps now I’ll “stick to my own fucking lane”. Well, he received a savage two-star rating in response. (My single-star reviews are reserved for bigoted language and/or subpar flavours of complimentary Mentos.)

Of all the small talk I can confirm that the very worst comes from vitamin and herbal supplement enthusiasts. These Uber drivers (who we can assume aren’t medically licensed) will explain that popping two calcium supplements a day can fuse a broken ankle instantly! Or three drops of arnica extract, right under the tongue. Or, as one driver suggested, drinking a tea of his own concoction – which was brewed with something called bryonia, presumably in a bathtub.

Honestly? I’d rather snap the other ankle. 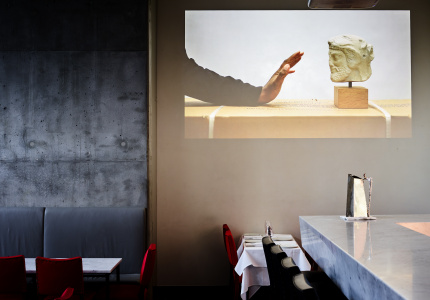