There’s more to wine than just the headline acts, but getting to know them all can be pretty intimidating. In partnership with Dan Murphy’s Decoded Wine Awards, we speak to Devil’s Corner winemaker Tom Wallace about five of the lesser-known varietals making a big impression, what they taste like, and how to know if you’ll love them. 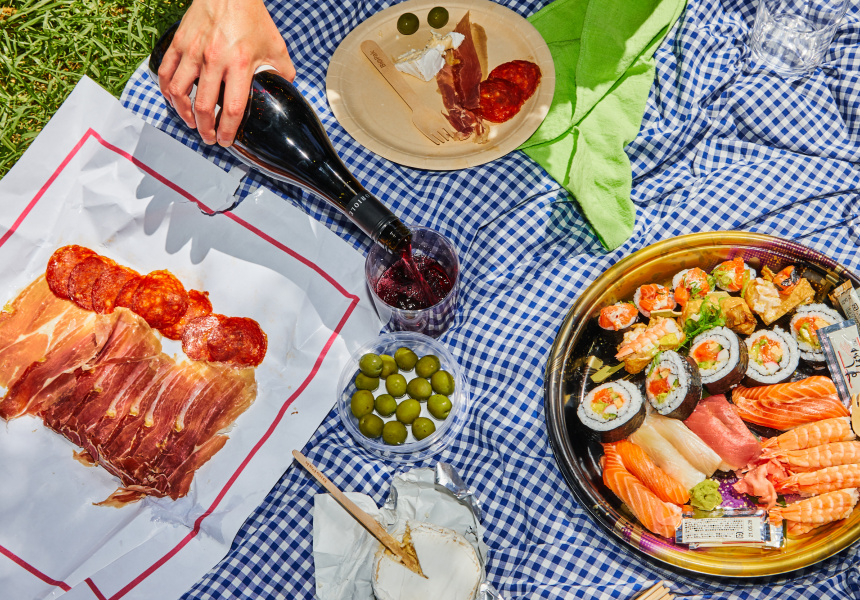 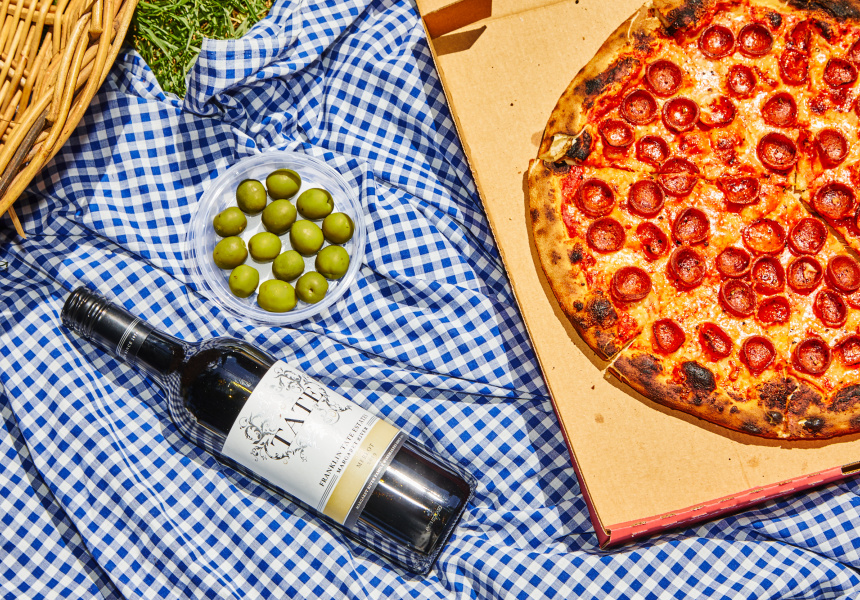 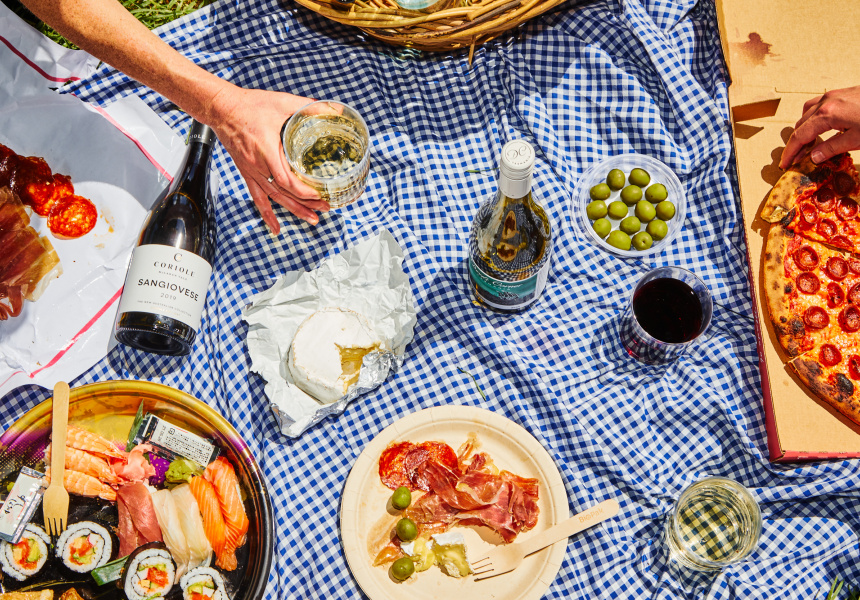 Ask most wine drinkers to name a couple of wine varietals, and you’ll get the usual: shiraz, sauvignon blanc, chardonnay. They’re solid classics, to be sure, but when the wine list rolls out at that nice restaurant, or you’re looking to impress some savvy dinner guests, it can pay to have a few lesser-known wines up your sleeve. But where do you even start?

Tom Wallace, winemaker at Tasmania’s Devil’s Corner winery, has some advice for those looking to broaden their horizons. “I think the best way is just to be a bit of a brave soul and get a selection of wines. Get a bottle of each and try the different styles. Look at recommendations. It’s so easy for people to just find something they like and stick with it, but there’s a whole world of wines out there to be discovered.”

Richard Doumani, wine merchant at Dan Murphy’s Alphington, agrees with Wallace. “Remember, there are no right or wrong answers and no one can make you like something you don’t like,” he says. His recommendations for varietals to try include gruner veltliner (“It’s kind of like riesling’s cool cousin”), tempranillo (“The perfect barbeque wine”) and fiano, but at the end of the day always “drink what you like, and like what you drink” says Doumani.

Wallace’s Devil’s Corner Chardonnay is a winner nominated in Dan Murphy’s Decoded Wine Awards, we asked him to recommend a few of his favourite alternative wine varietals.

“A light, bright, really fresh white varietal which is just starting to get a little bit of popularity in wine-growing areas like South Australia and Victoria, and a little bit in the Hunter Valley,” says Wallace.

Fiano comes from Southern Italy (Campania and Sicily to be specific) and is finding favour with wine growers in Australia looking for a varietal to hold its own against an increasingly warm climate. “Winemakers [...] are starting to look for varieties that work better in that warmer climate and retain a bit of that acidity. And fiano is certainly set up well for that”.

Lovers of riesling and chardonnay can look to fiano as a friend, with its familiar flavours and aromas. “It’s richly flavoured, has sort of a lemon citrus [character], not overly acidic, pretty easy drinking, but gives you that freshness and brightness,” says Wallace. For food matching, think delicate seafood options like sushi and sashimi, or creamy cheeses like triple brie. If you’re not sure where to start, try the Serafino Belissimo McLaren Vale Fiano, a finalist in the 2020 Decoded Wine Awards.

“Again this is an Italian varietal. Lighter, brighter, [with] freshness, similar to fiano,” says Wallace. Arneis originates in the north of Italy, unlike fiano, though its tolerance of low rainfall makes it another obvious choice for growing in Australia, and it’s grown particularly in Victoria. Again, fans of riesling and chardonnay will feel at home with arneis.

“[Flavours of] white peach, similar to chardonnay, and lemongrass, similar to riesling and a bit of nuttiness going through as well,” says Wallace. “They’re usually dry wines. You also get lemon blossom, nashi pear, and freshness of the acidity driving the wine. If they’re made in barrels they get more of that texture which suits chardonnay drinkers.” Wallace recommends arneis with seafood, like barbequed calamari and an Italian fennel coleslaw.

“Gamay is similar in style to pinot noir – it’s in that lighter, fresh red wine [style],” says Wallace. “It’s famously from Beaujolais in France. Probably a little bit lighter and brighter with that earthiness than pinot noir. It suits a number of areas; it’s one of the varieties we grow in Tasmania. Also a bit of Victoria as well, and the Adelaide Hills.”

Gamay is one varietal leading the charge of the fresh, light-bodied reds that are becoming so popular. “They’ve all got that brightness and that freshness and that crunchiness,” says Wallace. It’s a style that definitely lends itself to a quick chill in the fridge, so don’t be afraid to bring out the gamay in the summer sun. Besides earthiness, expect flavours of red berries and bramble fruits, with the grape’s lightness lending itself wonderfully to food pairings. “Prosciutto with stir-fried vegetables, cold meats – salami or, if you’re in Spain, jamon,” says Wallace. “It’s very versatile because it’s not a big red, so it’s not overpowering.”

“This is one of the great varietals in the world where it comes from, in Rioja in Spain,” says Wallace. “They make wines that last decades with it.” While Australian tempranillos tend to be lighter-bodied than those produced in Spain, our versions lack none of the grape’s intensity and flavour.

Think dark cherries, red berries and earthy spice when you imagine tempranillo. Unsurprisingly, Wallace points to Spanish flavours to match. “It suits chorizo, salami. It’s quite a strong wine, so fire-roasted capsicum, olives. Those Spanish flavours go quite well with tempranillo. It would go well with a piece of meat; the proteins always work well with red wine.” It should appeal to fans of sangiovese and merlot.

For those who appreciate something a little weightier – think cabernet merlot– this Sicilian varietal really hits the mark. “This is a wine that has even more colour than tempranillo, it can almost go from black to red,” says Wallace. “Vibrant red currant, loganberry with hints of clove and cumin come out of it. And it can be made quite crunchy with early ripeness or it can spend more time on skins and more time in the barrel to make a more serious wine. Incredible florals and spiciness with a meatiness, and it goes well with big steaks.”

Nero d’Avola tends to grow best in the warmer regions – in Australia, we’re talking Heathcote, McLaren Vale and the Clare Valley. Like fiano, nero d’Avola is one to watch as vineyards turn to hardier, heat-tolerant grapes. “People are putting it in because it doesn’t get jammy and overripe, it sucks up that hot air and just makes a fabulous wine,” says Wallace. Beyond the obvious steaks, Wallace recommends trying nero d’Avola with pizza, seared tuna with Sicilian olives, and roasted stuffed mushrooms.

Keen to explore more but not sure where to start? See the full list of finalists and winners of the Dan Murphy’s Decoded Wine Awards. It’s categorised by style – not varietal – so it’s easy to find something new to try. 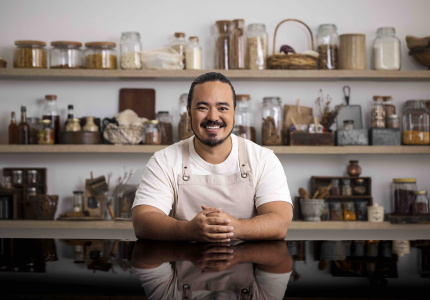