Six drinks to take to the beach, the park or a backyard barbeque this summer. We’ve got a thirst-crushing red wine, a palate-puckering sour beer and more. 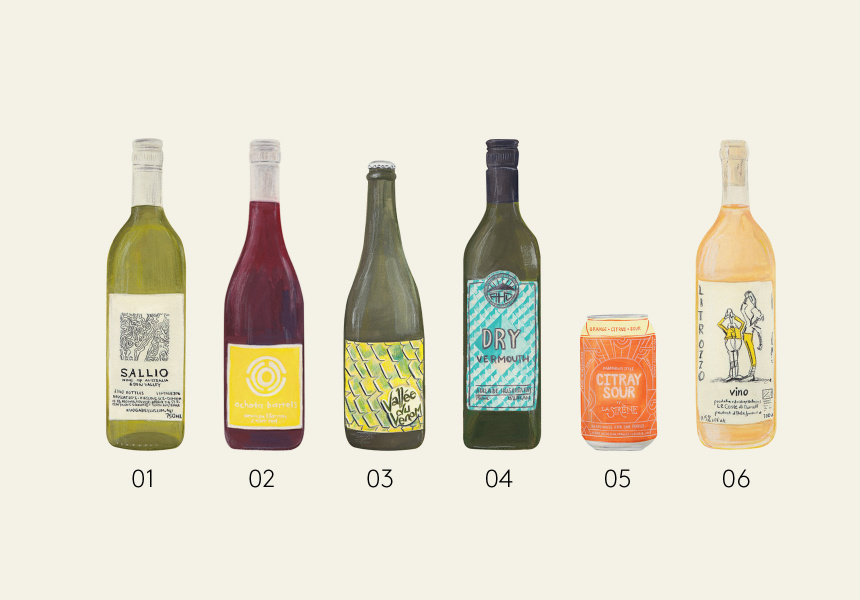 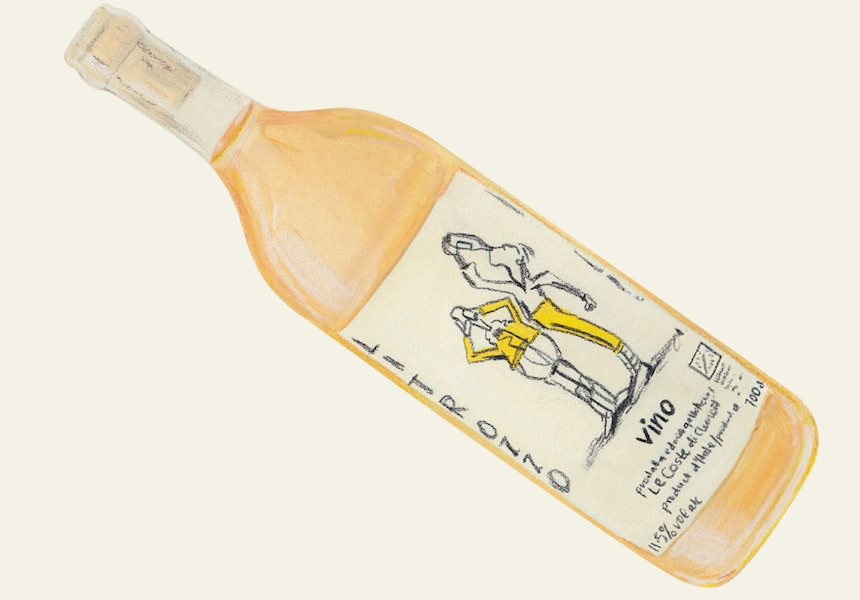 It was in my local park a decade or so ago that I hauled a group of colleagues and friends around a flotilla of picnic blankets, splayed out some charcuterie, tossed a few tinnies of beer into people’s hands, then embarked on a discovery tasting of some of Australia’s emerging natural wines. The setting was bucolic, the mood inquisitive and jolly, the sun warm on our pinking arms.

From that moment on, the term “park wines” became part of our vernacular. The phrase speaks of thirst-quenching wines made for casual drinking; wines with variegated personalities and a general sense of curiosity. Australia may lack the carafe-and-tumbler-drunk-in-piazza wines of Europe, but in park wines we’re developing our own version of the French vin de soif (“thirst wine”).

1. The aromatic white: Ruggabellus “Sallio” 2016, Barossa Valley, South Australia – I’m putting it out there: this is Australia’s best orange wine. Ever-thoughtful winemaker Abel Gibson is meticulous and considered. This has an incredible perfume of dried orange, bergamot tea and similar, but it’s the palate where it comes alive. Tight, chalky textured, licks of farmhouse cider-meets-pure fruit and blistering freshness. Just unreal.

3. The fizzy wine: Vallee du Venom “Chenin Blanc Pet Nat” 2017, Swan Valley, Western Australia – These young winemakers are challenging the status quo with a series of personality imbued wines. This one dances with green pear and quince scents and a ripple of that pear on the palate. But the main features are brisk bubbles and a tart, zesty acidity that make this one of the most smashable fizzes going around.

4. The taste of summer: Adelaide Hills Distillery “Dry Vermouth”, Adelaide Hills, South Australia – It’s the fourth or fifth summer in a row that I’ve declared vermouth the drink of summer, but the category’s increasing diversity in Australia keeps drawing my gaze. Something this refreshing – with such a general good-times feel – doesn’t deserve its old-school image. Poured over the rocks, and decorated with Microplaned mixed citrus peel, it’s one of the most summery, awesome things you can drink. This one is dry but very lively with floral, botanical, bitter and tart notes – ideal for perking you up in the sun.

5. The beer: La Sirene “Citray Sour”, Melbourne, Victoria – There are a wealth of beers that fit the bill for crushing in the sun. This is the one that was an arm’s length away in my Esky at time of writing. I like its crispness; I love its palate-puckering tart tang; I dig its strong suggestion of citrus. It’s refreshing, invigorating and generally just brilliant in its quiet complexity but complete sessionability. A no-brainer for drinking at Antarctic temperature on pavement-melting days.

6. The thirst quencher: Le Coste “Litrozzo Bianco” 2017, Lazio, Italy – Produced from remarkable vines in unique plots, this one-litre bottle speaks of sharing around a picnic blanket. (The label illustrations have characters drinking direct from the bottle at full tilt.) It’s a lurid, lemony colour and as inviting as wine gets. The scent and flavour profile are reminiscent of flat Solo soft drink, but way tangier and zestier. I bet your bottle won’t last 20 minutes.