Is your loaf flat as a pancake or round like footy? Or did your dough just not rise to the occasion? Lots can go wrong when you’re baking your own sourdough. Here are the most common mistakes – and how to fix them. 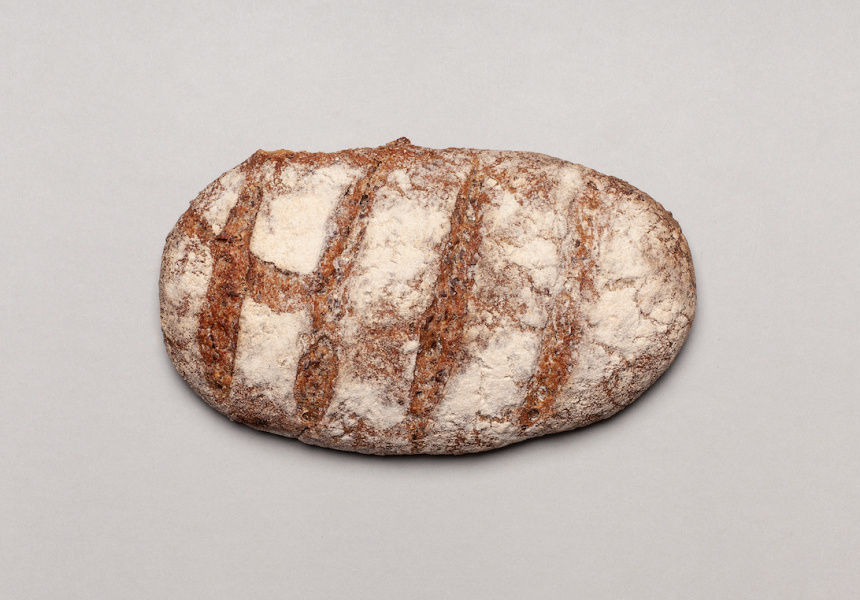 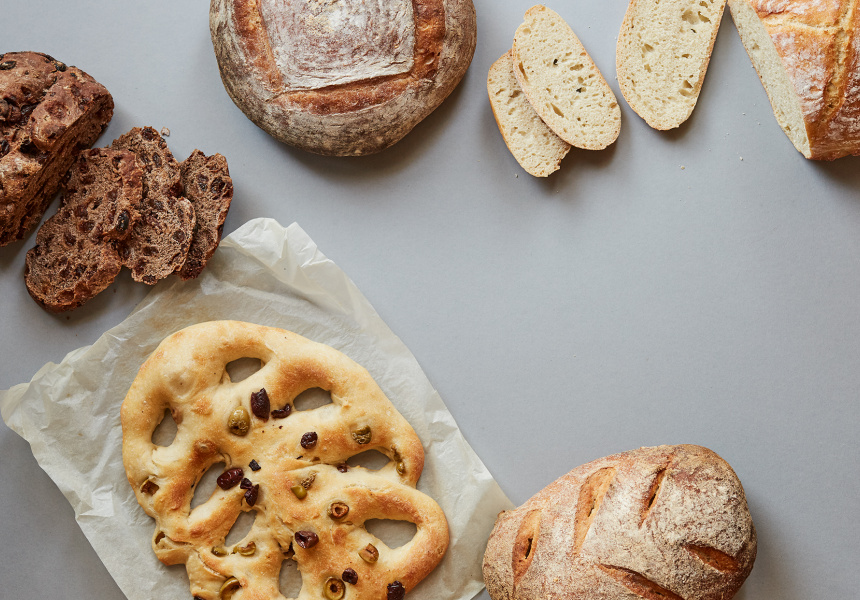 A plain sourdough loaf only has four ingredients: flour, water, salt and starter. It’s a straightforward formula, but no two loaves are the same. Sometimes your loaf will be too flat, too round, too moist, dense or sticky. In this edited extract from his book How to Raise a Loaf and Fall in Love With Sourdough, amateur baker and sourdough enthusiast Roly Allen explains how to solve your sourdough woes.

My dough just won’t rise
If you’ve already introduced live yeast to flour and water, then something must be going on inside the dough. It’s possible, though, that it’s being slowed down for some reason, and there are three common ones.

Firstly, if it’s been too long since your starter was refreshed, it’s possible that the yeast in it has been overpowered by the lactobacteria (the family of bacteria that gives sourdough its sour taste). That will reduce the amount of yeast activity (although not to a standstill): the answer is to give the rise more time, and make sure that you feed the starter properly before the next bake.

Secondly, it’s possible that the dough isn’t quite wet enough: yeast and bacteria eat and reproduce more easily when there’s plenty of water in the mix. The answer is to give the rise more time, and make sure that your next mix is a little wetter and stickier.

Thirdly, if the environment is cool, the rise will be slow. If you don’t have a warm spot in your home for the dough, then the answer is – you guessed it – to give the rise more time. If your dough still hasn’t developed after a couple of hours, try leaving it overnight. And if it hasn’t risen overnight, then, with regret, you probably should bin the dough and try again, taking all the above into account.

My dough sticks to the proving bowl and the loaf stretches and breaks when I tip it out
Don’t panic. Bake the loaf anyway, and it will taste just fine, even if it looks a little peculiar. (You won’t need to slash the crust.) Next time, make sure that the basket is liberally dusted with rice flour or semolina, which should stop it from sticking. Note: wheat flour will absorb moisture and become sticky itself, so you shouldn’t use it for dusting.

My loaf rises up like a football, forming an orb rather than a loaf
This is a sign that the loaf is trying to expand but is being held back by the crust –which stops the steam evaporating away. Apart from the unusual shape, it may make the bread inside overly moist, and dense. There are two possible causes: it may be that the oven is too dry, causing the crust to harden up too quickly – in which case, double-check that your oven is steamy enough – or it may be that your slashes didn’t break the surface of the crust properly. In that case, cut a little more deeply next time.

My loaf has pancaked out and is too flat
Sometimes, when you tip the dough out of the proving basket before the bake, it will lose its shape and spread out too widely on the baking stone or tray. You should carry on, without slashing the top of the loaf, as the bread will probably be fine to eat. There are two possible causes to bear in mind for next time.

Firstly, your wet mix might not have been shaped enough. Next time, pull, fold and shape your dough a little longer, so that the dough becomes a bit more resilient.

Secondly, you may have left the shaped dough to prove (or rise) too long. Over-proved dough loses some of its resilience and structure as the bubbles in the dough dissipate. Next time, keep a closer eye on the proving dough and get it into the oven as soon as it’s ready.

My loaf looks fine from the outside but is too solid, and not airy enough
This is always a disappointment, and there are a few possible causes. If the dough felt solid when you put it on the baking surface, it may be that you’ve kneaded it too much, making it too stiff: manipulate the dough less next time. Alternatively, it may be that you put it in either too soon (so it was under-proved) or too late (so it was over-proved). If it felt tight and firm when you baked it, it might have been too soon; if it was loose and felt deflated, then it might have been too late.

My loaf looks perfect, and is well-baked around the edges, but the centre is too moist
The crust of a loaf can look perfect when the inside is still far from baked – especially if you’re making a large loaf. Next time, don’t go by the look of the loaf, but by its sound and feel: if the base isn’t stiff when you tap it, and the sound isn’t really hollow, put the loaf back in for another 10 minutes. If you’re worried about the crust burning, cover the whole loaf loosely with foil. This will trap moisture and stop the outside from oxidising while the inside bakes to perfection.

This excerpt is from How to Raise a Loaf and Fall in Love With Sourdough by Roly Allen, published by Laurence King Publishing ($24.99). Buy it here.