These biodegradable, Nespresso-compatible pods cut down on landfill and help generate new electricity at the same time. And they make good-tasting coffee at a similar price. Why wouldn’t you switch? 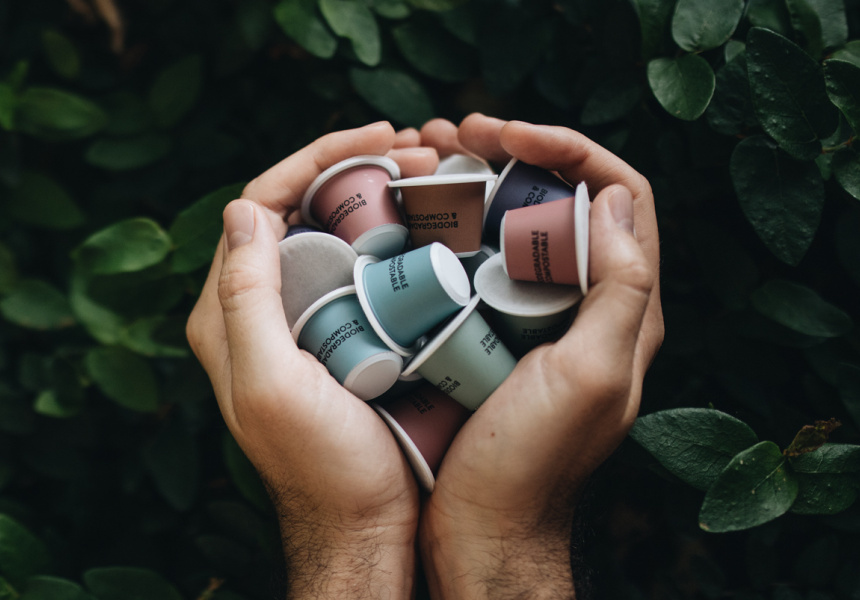 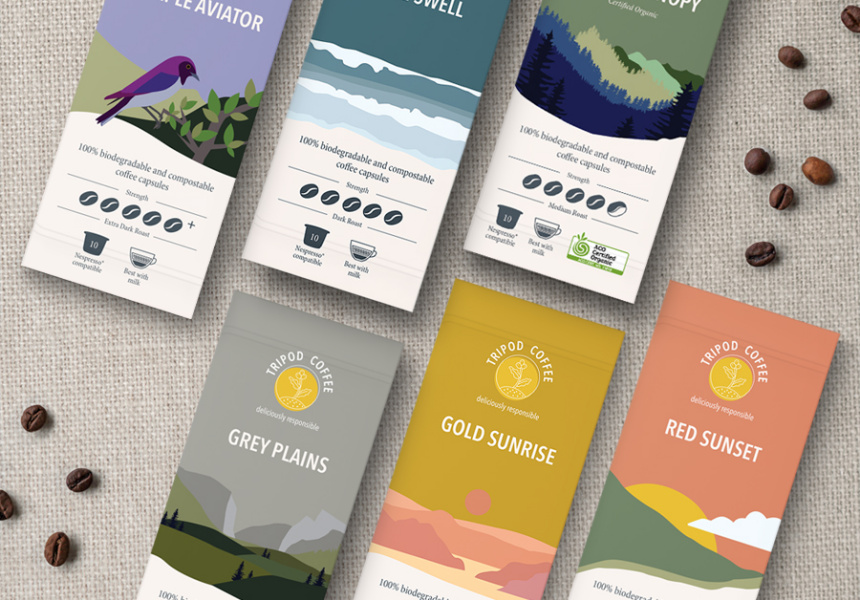 It’s been two years since we started working from home, but hybrid set-ups still mean we’re making coffee in our kitchens instead of grabbing it on the commute every single day. And if you’re using a Nespresso machine all those aluminium pods add up. Reliable data is scarce, but it’s estimated that in Australia, hundreds of millions of coffee capsules are sent to landfill each year. It was this problem that motivated former professional cricketers Ed Cowan and Steve Cazzulino to found Tripod Coffee in 2014.

“I was doing quite a lot of travel to parts of the world where the coffee wasn’t that good,” Cowan told Broadsheet in 2020. “So I was taking a Nespresso machine. It was a convenience, but I felt guilty every time I would reach into my luggage, pull it out and put another aluminium capsule into the world.”

With no experience in the coffee industry and only a “deep entrepreneurial spirit and experience in consuming copious amounts of coffee” at their disposal, Cowan and Cazzulino came up with the idea of a compostable capsule. It combines rich, smooth coffee with improved environmental credentials.

The coffee itself is sourced from countries such as Mexico, India, Brazil and Colombia. The beans are all roasted, ground and packed in the same place, with a range of blends in various strengths, roasts and flavour profiles, sold at a similar price to Nespresso’s own pods.

In cities where residents are supplied with bins for their food scraps, the pods can be thrown directly into those bins for composting (regular worm-powered domestic compost doesn’t generate enough heat to break down the pods). Tripod maintains an open-source spreadsheet so customers can see if their council is part of the food-scrap collection scheme.

Coffee lovers who live outside these areas can buy a reply-paid bag for $10 (which can be redeemed for more coffee on your next purchase) and send their used pods back to Tripod. With help from a third party, the company composts the capsules and creates two by-products: methane and organic fertiliser.

The methane is burnt to make electricity. This still produces Co2 (a greenhouse gas) but it’s cleaner than coal and some other current energy generation methods. In the past six months Tripod estimates it’s produced enough power to make 18,000 cups of coffee using a Nespresso machine.

The fertiliser is sent to farmers, including one of Australia’s biggest succulent producers, located in western Sydney. Tripod also donates 1 per cent of its profits to restoring the Daintree Rainforest via Rainforest Rescue.

“We are first and foremost an environmentally sustainable business,” Cowan said. “But if the coffee’s on-par – which we’ve proved it is, having serviced so many five-star hotels [including QT Hotels and Pumphouse Point and Saffire Freycinet in Tasmania] – if you can do it cheaper and you can regenerate the earth, it’s a no-brainer.”

This article was originally published on June 5, 2022.