A Guide to Five Traditional Italian Dishes Worth Tracking Down

Yes, a piping hot margherita with soft garlic bread is hard to beat. But there’s a lot more to Italian food than carbs and cheese. In partnership with Uber Eats’ Your Local Food Fest, which celebrates Italian cuisine on Thursday June 25, we look at five lesser-known Italian dishes worth looking out for locally. 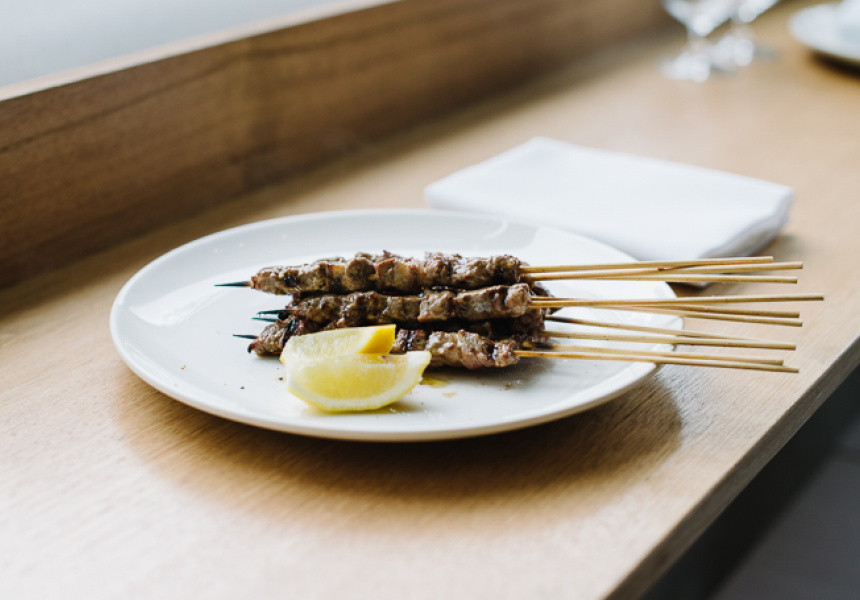 If you polled non-Italians on what they know about Italian cuisine, chances are pizza, pasta and cheese would top the list. And while that trio is a recipe for satisfaction, Italian menus can be far more complex – especially when you visit specific regions.

Like all great culinary countries, Italy has an incredible variety of techniques, ingredients and recipes despite its relatively small size. What you taste in a Puglian town will be completely different from a town on the Austrian border.

Australian-Italian food is dominated by the southern cuisines, because many Italian migrants came from Sicily and Calabria. But due to the sheer popularity of the cuisine here, you can find different regional styles – and modern interpretations – throughout the country.

On Thursday June 25, Uber Eats is celebrating Italian food and its many iterations, as part of its Your Local Food Fest. Running from June 18 to 30, Your Local Food Fest is offering daily promotions, specials and deals on 13 different cuisines over 13 days, as well as celebrating the venues and talent behind them. All promotions are being funded by Uber Eats to encourage diners to support local businesses.

We put together a guide to some great Italian options to search for beyond the basics.

Risi e bisi (rice and peas)
An old-school recipe for rice and peas from the Veneto region. Like a risotto – but a little soupier – it’s the kind of long-lunch dish you’d enjoy sitting down to on a Sunday afternoon at a friend’s house (or at a local restaurant). Thanks to the butter, the Parmigiano and the pancetta, it’s not the light dining experience it might sound like – more of a hearty encounter you’ll feel in crevasses that have never been filled before.

Carciofi alla giudia (deep-fried artichoke)
A whole artichoke is cleaned, beaten, soaked in lemony water, then deep-fried in olive oil to create a beautiful flower of crunchy artichoke petals. This is arguably the most popular and beloved recipe among Rome’s Jewish population, which is one of the oldest extant Jewish communities in the world (it has a local dialect and cuisine of its own). In Rome, you’ll find carciofi alla giudia in most of the Jewish restaurants around springtime. Find it in Australia at restaurants specialising in Roman cuisine.

Seadas (cheese-stuffed empanada with honey)
This dish was originally a snack for Sardinian shepherds, but it’s now a popular dish throughout the island – especially when it comes to impressing tourists. It’s basically a cheese-stuffed empanada topped with honey. The doughy pastry – made with lard, wheat and semolina – becomes crisp once fried. The classic cheese filling, made from a young Pecorino, is mixed with lemon zest. It’s generally soft enough to spill out of the pastry after a single bite. You might also find a savoury version that swaps out the lemon and honey for salt and parsley.

Farinata (chickpea flatbread with toppings)
Farinata, faina, socca, torta di ceci, cecina – these are all the same thing, depending on where you go and who you talk to. It’s an unleavened, half-crunchy half-doughy chickpea flatbread, baked and topped with whatever takes your fancy. In Genoa, where the dish is said to have originated, it’s a bakery staple, served with just salt, pepper and maybe a bit of rosemary, then roughly chopped and handed over with a napkin. In Australia it’s often a bit fancier, either baked with fillings or topped like a pizza, sometimes even sold as a gluten-free pizza option.

Arrosticini (grilled sheep meat)
This simple dish of sheep meat (typically a castrated lamb) grilled over charcoals is one of the most basic but beloved dishes of Abruzzo, the region just east of Rome. It’s started out as a snack for local mountain shepherds, but these days you can find it throughout Italy. If you want to go at it the old-fashioned mountaineering shepherd way, dare to eat it bare, with your hands, accompanied by a piece of olive-oil-soaked bread and a glass of montepulciano (a dry red with soft tannins).

On Thursday June 25, Uber Eats celebrates Italian cuisine as part of its Your Local Food Fest. Running from June 18 to 30, Your Local Food Fest is offering daily promotions, specials and deals on 13 different cuisines over 13 days, as well as celebrating the venues and talent behind them.