Recipe: The “Fonz” by Toasta 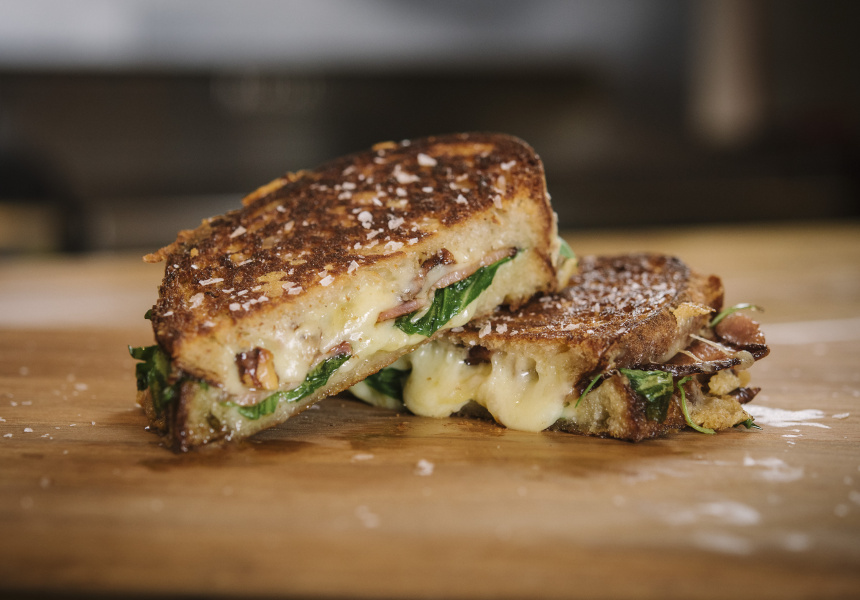 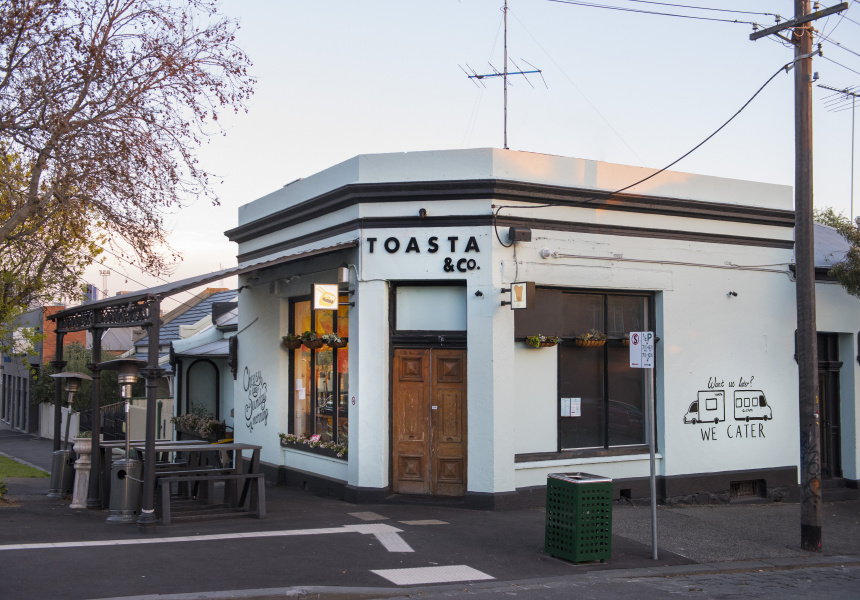 Toasta toasties are all about hearty fillings and flavour combinations that never scrimp on cheese. Toasta began as a popular Melbourne food truck, became a permanent toastie haven in the city’s north-west (which has closed), but now runs regular pop-ups at Goldy's Tavern.

Toasta and Goldy's owner Rebecca Feingold isn’t sold on the whole “you can’t you go wrong with a toastie” line. She instead asks: how can you get it right? Answer – an unashamedly large amount of cheese, and thoughtful flavour combinations. (She also says one of the secrets to an elite toastie is to double layer the cheese: “You’ve got to always start and finish with cheese. So it’ll be bread, cheese, stuffing, cheese, bread.”)

“We played around a lot with truffle in our toasties this past season,” she says of The Fonz. “I am a massive fan of the cheese and truffle combination. I love this recipe because it’s a simple way to create something sophisticated with the humble toastie.

“The richness of the truffle oil and creamy fontina cheese works incredibly well with the saltiness from the bacon and bitterness from the rocket. Toasties are the ultimate comfort food, so to make one with these sophisticated flavours is pure decadence.”

The “Fonz” by Toasta
Serves 1

Heat a heavy pan, hot plate or flat-top barbeque and cook the bacon rashers. Flip half way to brown both sides. (If you have a cast-iron press, use it as a weight on the bacon to prevent curling).

Place the chopped walnuts in an ungreased pan over medium heat, stirring often until golden. Remove from heat.

Spread the duck fat on the outside of both pieces of bread.

With the duck fat side down, place half the grated cheese on one piece of the bread, followed by the walnuts and bacon rashers.

Evenly drizzle the truffle oil over, then top with the remaining cheese.

Place the second piece of bread on top, duck fat side up.

Cook the toastie for three to four minutes on each side, until both sides are nice and golden and the cheese is melted.

Open the toastie and place the rocket inside and cook for a further 30 seconds to allow rocket to wilt.

Remove the toastie, sprinkle with Maldon salt, cut in half and serve.

**The press will still work without being heated, however cooking times will be longer.