It’s a sad fact of life: beer ages and expires. But there are ways to make sure you’re drinking it at its best. Choose a pub or bar with a regularly rotating range of taps. 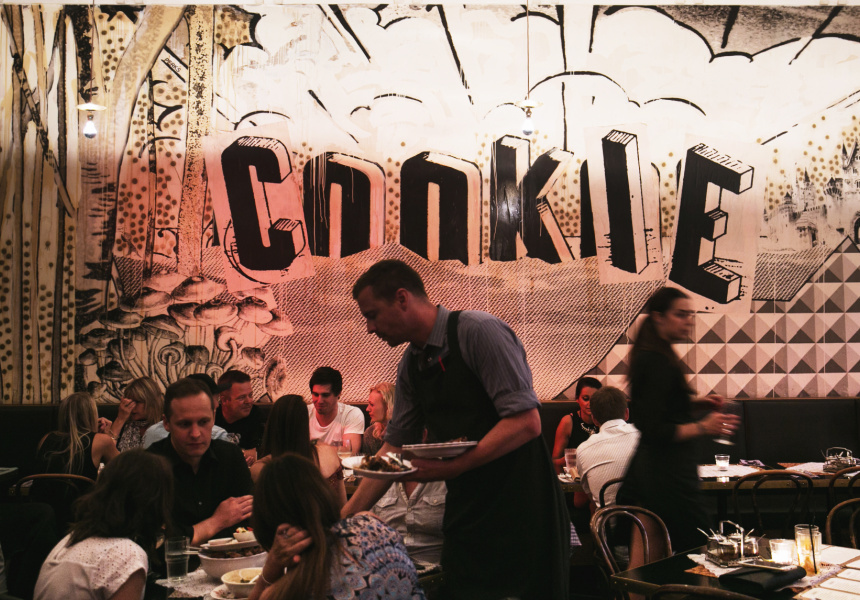 Beer is not like whisky. With rare exception, it doesn’t get better with age. Beer is designed to be drunk as fresh as possible. Meaning if you want to sample it at its optimum, there are some things you need to know.

“Like any food product, beer is most definitely best enjoyed fresh,” says Bridie O’Brien, resident beer expert at Cookie in Melbourne. “The fresher the beer, the more vibrant and expressive the flavour and aroma of the hops and malts.”

O’Brien says while many big breweries will pasteurise their beers to make them less susceptible to ageing, smaller brewers won’t – enjoying the best of their craft means drinking it as fresh as possible.

There are general rules for recognising freshness in a beer – like how the head is affected, the colour, aroma and taste. But they’re difficult to follow unless you know the specific beer well. O’Brien says choosing a pub or bar with a regularly rotating range of taps is a decent bet they’re vigilant about quality.

“Venues that pride themselves on their diversity is a sign they care about fresh, unique, and quality-controlled beers,” says O’Brien. “Look for ones that always have something new.”

Once you’re in the pub staring at the range on display, O’Brien says to think about the distance beers have to travel from brewery to the tap. “International brews are going to be three weeks to two months old by the time they hit Australian shores,” says O’Brien. “Possibly older if they get held up in customs.”

Keep away from heat and light

Allan Tilden is another person concerned with freshness. A brewer at Malt Shovel Brewery in Sydney, Tilden must consider the packaging and storage process as much as the beer itself.

For example, one of the biggest factors contributing to the deterioration of beer is oxidisation. “The oxidisation process is caused by oxygen being present in the beer at the time of packaging,” says Tilden. “As the beer oxidises, its flavour begins to change.”

Beer absorbs oxygen faster when exposed to heat and light. So it’s imperative beer is kept cool and concealed in the brewing, manufacturing and packaging process.

How to know what oxidised beer tastes like? “The first noticeable change is a papery flavour to the beer,” he says. “Next, it will change to caramel, and then in the final stages of oxidation the flavour can turn almost sherry-like.”

If you’re buying beer at the bottle shop, consider where the beer has been kept within the store. Reputable shops should have enough fridge space to avoid any exposure to both heat and light. .

If it was up to brewers, all beers would be drunk straight after they’ve been released from the tank. That’s not feasible, so picking a fresh beer can be complicated.

Tilden says if you’re at a bottle shop, check the date on the beer you’re inspecting. “Most breweries will put nine to 12 months on their packaged beer,” says the brewer. “So the further from the ‘best before’ date it is, the fresher the beer should be.”

IPAs and particularly hoppy beers should be drunk within three months of bottling, says Tilden. Unless the beer is designed so, be wary of tart flavours. This can be a problem at some venues with poor equipment. “Beer can become infected due to dirty beer lines, couplers or a dirty keg when filling,” says Tilden. “This can lead to diacetyl and in some cases sour or vinegar flavours in the beer.”

Tilden has had very recent experience with such considerations. For the annual Great Australian Beer Spectacular (GABS), a one-weekend festival held consecutively in Sydney and Melbourne in May and Auckland in June, Tilden and Malt Shovel Brewery offered a series of new beers for both connoisseurs and novices to try.

One of those beers was the Mint Heist, a peppermint-infused Belgian Strong Ale. “This is quite a big beer coming in at 8 per cent abv [alcohol by volume],” he says. “The high alcohol in this brew is softened with the addition of peppermint, which also complements the typical Belgian yeast characters present in the beer.”

To make sure the beer was as fresh as possible, Malt Shovel scheduled brewing and kegging to occur at the last possible moment.

“Festival beers are normally brewed and packaged into kegs or bottles as close as possible to the event,” says Tilden. “This ensures the consumer tastes the beer as it is meant to taste.”