A guide to one of the most indulgent of pairings. 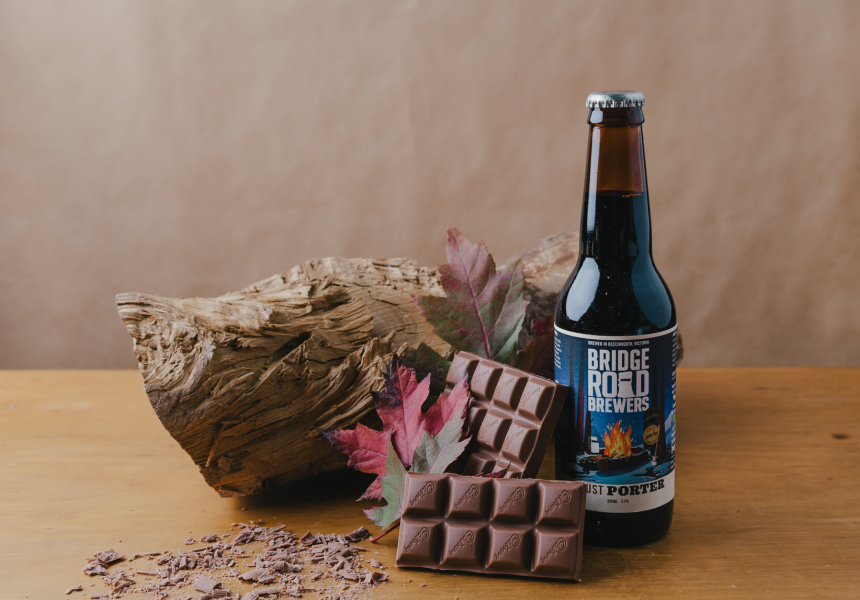 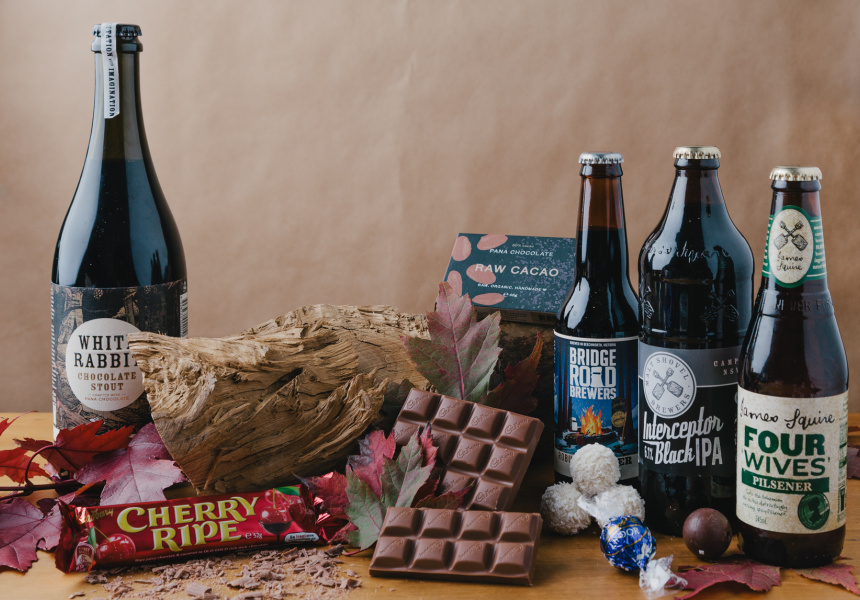 As the proliferation of craft beer spreads, one emerging vein of interesting flavours is in league with chocolate. We asked Malt Shovel Brewery’s master beer-maker, Chris Sheehan (also an official cheese-tasting judge) to take us through a few good matchups.

“Beer doesn't have a dominant flavour like wine or spirits,” says Sheehan. “It's more subdued on the palate so it's good to pair with a huge array of foods. The carbonation also works well with creamy foods, as it cleanses your palate.”

“Stout is the darkest of beers,” says Sheehan. “It’s very rich, it’s got roasted, burnt notes and it's not dissimilar to coffee”.

White Rabbit Chocolate Stout gets its chocolate aromas from being barrel-aged and mixed with Pana raw cacao. “It's very thick on the palate and there’s a lot of roasty notes in there like chocolate and coffee,” says Sheehan. “You imagine those roasted flavours alongside a raw or dark chocolate - it’s a beautiful combination.” The barrel aging also imparts a wood-like taste, he says, similar to an oak-barrel aged wine.

“Pilseners are the forefathers of lagers,” says Sheehan. “They're basically a very high-end version of a lager. They've got a reasonable amount of body, slight hop notes and a reasonable bitterness.”

The brewer says if you were going for a lager, a basic, clean flavour is best. But a Pilsener, particularly the malty ‘Four Wives’, has more character and suits a chocolate match. “Chocolate is easier to match up with darker beers,” says Sheehan. “I was thinking a Raffaello as the white chocolate match is a bit more creamy.”

“IPAs (India Pale Ales) are one of the larger types of ales in terms of hoppy flavours and bitterness,” says Sheehan. “They're very full flavoured and have a big aroma. The Interceptor we’ve made is a fusion of styles.” Made from roasted malts, Sheehan says it doesn't taste as dark as it looks.

“It has slight roasted, coffee notes as well as a bit of passionfruit flavour on the nose from the hops,” he says. Sheehan suggests Lindt Lindor Dark Chocolate Truffles as a pairing, but another option – if you really want to take it up a notch – would be to find a good single-origin dark chocolate with a floral, fruity profile to match the beer’s heavy hop flavours. “Dark chocolate really brings out those roast notes,” he says.

“This is a tiny brewery near where I work,” says Sheehan. “I love this beer. It's quite an obscure style even in continental Europe but Australians have taken to it. It's lower alcohol and sour on the palate. With our climate, sour beers work quite well.”

Wayward Sourpuss has raspberry puree added to it to give it more acidity and sourness as well as a bit of sweetness. “It's really a beer for everyone,” says Sheehan. “I often have people telling me they never knew a beer could taste like this.”

Sheehan says it goes perfectly well with an old-fashioned Cherry Ripe. “The cherries give a sweet and sourness balance, which like the beer has a good contrast,” he says.

“A porter isn't quite as intense as a stout,” says Sheehan. “It's a step down. It’s like comparing an espresso with a long black and a splash of milk.”

The Bridge Road Robust Porter has a complex malt profile that goes well with chocolate, says Sheehan. “It comes across quite smooth and chocolatey,” he says. “The flavour all comes from the malt. There's a beautiful balance to this beer, it's really controlled and accessible. That's why I thought, as it's not as roasty as a stout, I'd go with a milk chocolate pairing – the Haigh’s milk chocolate bilby because it promotes a good cause.”

Sheehan says beers are always better fresh, so check the labels and try and drink them as soon as possible after they’ve left the brewery. You should also drink it in a glass. “If you're going to spend your hard-earned money on good beers like these, pour them in a glass and savour them,” he says. “You don't get the aroma from a can or bottle. You wouldn't ordinarily drink wine straight from the bottle. Treat it with respect.” 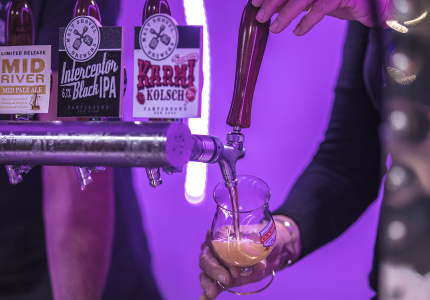