When was the last time you drank non-alcoholic beer? If it was more than 12 months ago, you need to give it a crack again. Things have changed, big time. Multiple non-alcoholic breweries have launched here, and new contenders are arriving from overseas. 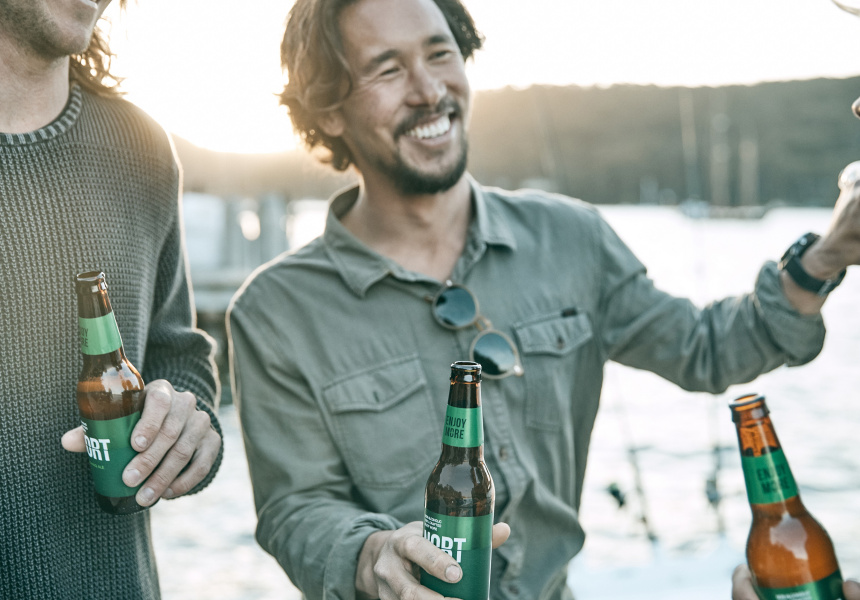 This time last year, non-alcoholic craft beer barely existed in Australia. Sobah was on the market and a few bottle shops were importing Raspberry Blitz sour and Nanny State hoppy ale from Scotland’s Brewdog, but that was it. (Brewdog has a brewery in Brisbane, but doesn’t make or retail these beers in Australia.)

As you’ll see below, things have changed drastically and for the better over the past 12 months. Unlike their big-name predecessors, the beers below don’t use centrifuges, vacuum distillation or any other fancy technology to remove alcohol post-fermentation, just a lazybones yeast that creates very little alcohol in the first place (0.5 per cent – legally non-alcoholic). If you believe the brewers, this method retains more flavour.

More importantly, these guys are paying proper attention to body and mouthfeel, the biggest issues when it comes to most non-alcoholic beer. Pure ethanol alcohol has a viscous, almost oily feel, and helps flavour compounds stick to your mouth and tongue. When that’s absent, beers taste watery and have no real aftertaste.

As it turns out, this problem can be solved fairly convincingly with the help of muscular grains such as wheat and rye, and/or non-fermentable sugars such as maltodextrin or lactose (the adjunct that gives milk stout its name). All it takes is some tinkering and determination on the part of the brewers.

Believe it: these are beers you’ll actually want to drink, and which don’t feel like a punishment for looking after your health a bit more. For now they’re most lagers and pale ales, but expect non-alcoholic stouts, sours, red ales and other types of beers to follow fairly quickly.

This Canberra-based brewery launched in July (read the full story here). It’s the first brewery in the country to make non-alcoholic beer seem genuinely cool and inviting. For now it only makes a single beer, the Quiet XPA, though more are in the works. If you like Balter’s easy-drinking, supremely balanced XPA, this one is for you. Its mildly tropical hop profile (Cascade, Simcoe and Kohatu) is perfect for hot days.
Available at independent bottle shops. Find your closest stockist here or buy directly online.

Founded in 2016, this independent, non-alcoholic, UK brewery is expanding aggressively across the world. It arrived in Australia last month, with two of its 10 beers: Uptown Craft Lager and Pine Trail Pale Ale. In the name of freshness, both are brewed locally, in Melbourne. The lager, which contains rye and wheat in addition to the usual barley, is clean but not watery, with a hint of reddish spice from the rye. As the name implies, the pale ale has a pine-y, robust, resinous character, finished with lingering bitterness. A citra-hopped IPA will join the party soon.
Available at Dan Murphy’s and BWS.

Like dark beers? Get around Upflow’s stout which is, for now, one just two non-alcoholic dark beers in the country (after Sobah's aniseed myrtle stout). Without alcohol in the mix, those classic roasty, toasty characters are even more prevalent, and something akin to cocoa stands out particularly. The Melbourne-based operation brews three other beers, too: a session IPA, a pale ale and a wheat beer. Upflow only launched in June, but with a slight leg-up: co-founder Julian Sanders’ other company, Spark Breweries and Distilleries, has built numerous brewhouses around Australia.
Available at independent bottle shops and directly from Upflow.

“The non-alcoholic space has interested me for some time after being pregnant, raising little people and working pretty hard on our dream of running a family owned brewery,” says Jaz Wearin, co-founder of Sydney’s lauded Modus Operandi, in the Northern Beaches. “Basically I love beer (who doesn’t!), but I have found I need balance.” Her new side project, Nort, launched last month with an ale that’s golden in colour, fruity on the nose and favours crispness over knock-out bitterness. Another one for hot days.
Available at Dan Murphy’s, BWS, independent bottle shops and directly from Nort.

Now celebrating its 21st year in business, this regional Victorian brewpub is one of the oldest craft names in the country, responsible for the standout Temptress porter and Road Trip IPA. And yet, owner Paul Holgate reckons Love All, his first non-alc beer, is one of the most challenging things he’s ever made, mainly because he was determined not to make it sweet and wort-y like others he’s tried. The result tastes like a good pale ale should: dry, with a 50/50 balance between biscuit-y malt and aromatic hops. And the name? It has a few meanings, but mainly Holgate is a tennis fan. “From many years of playing midweek social competition, where a beer and supper after the night was part of the fun,” he says, “I felt having a non-alcoholic version would suit as many having to drive home.”
Available at independent bottle shops and directly from Holgate. 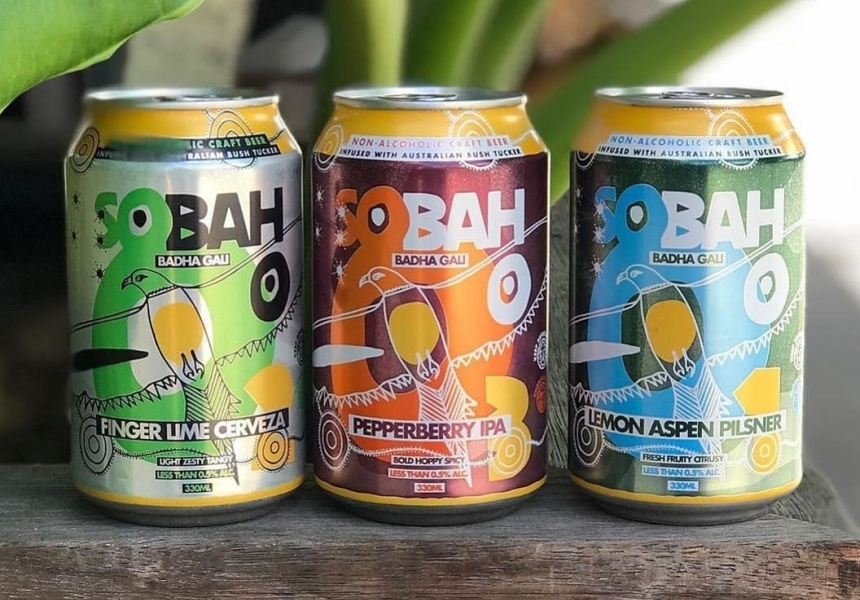 Gamilaroi psychologist Clinton Schultz founded this, the country’s first ever non-alcoholic brewery, in 2017, after his kids pushed him to quit “the silly drink”. The Gold Coast operation sells three core beers, all containing native ingredients: a lemon aspen pilsner, a pepperberry IPA and Mexican-style finger-lime “cerveza”. Special releases come along every now and then too, such as Davidson plum ale or boab and wild ginger lager.
Available at independent bottle shops. Find your closest stockist here or buy directly online. 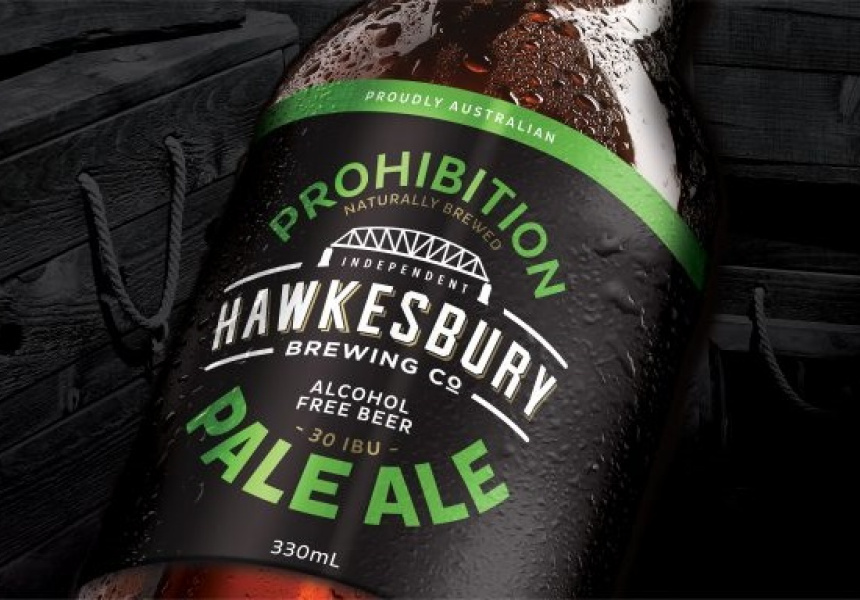 Located just outside Sydney, this brewery has been churning out easy-drinkers since 2017. Its latest release, launched this month, is Prohibition Pale Ale. Hopped with two absolute classics – Citra and Galaxy – it’s bright and citrusy with a clean, bitter finish.
Available at independent bottle shops.

Update, July 2021: this article was amended. A previous version incorrectly stated that Upflow's stout was the only dark beer in the country at the time of publication.