The distillery that sparked Tasmania’s respected whisky scene has launched a blend from barrels aged six years on average, with a hint of Tassie’s terroir. Plus, coming soon, an online steak and whisky dinner hosted by Bill Lark. 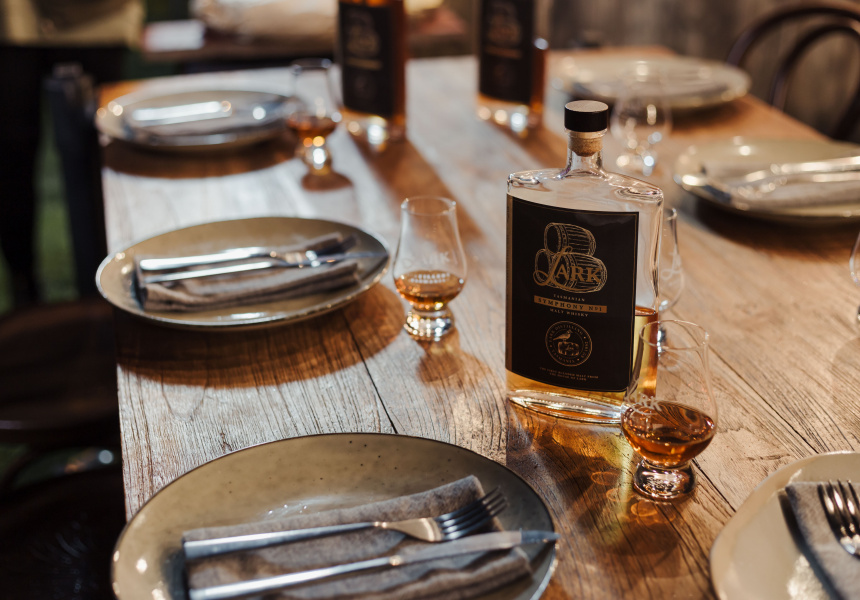 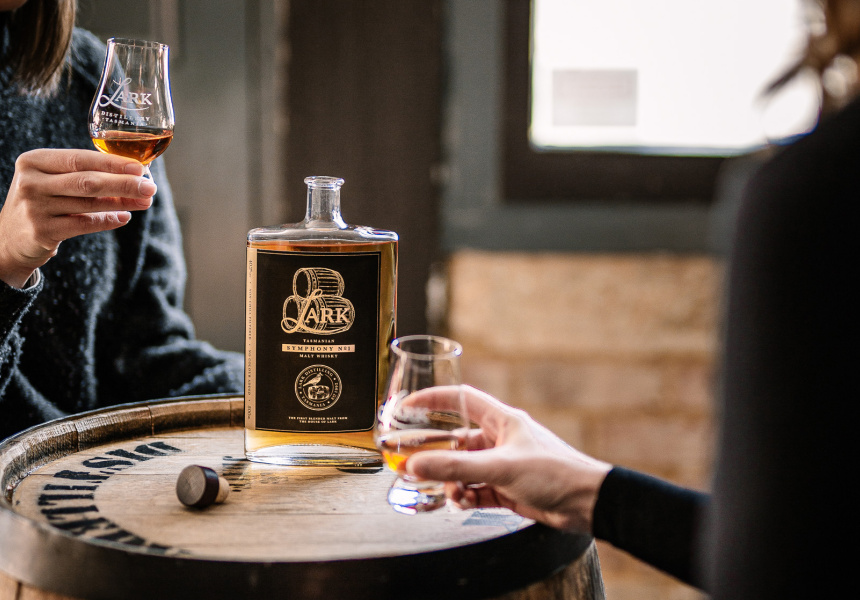 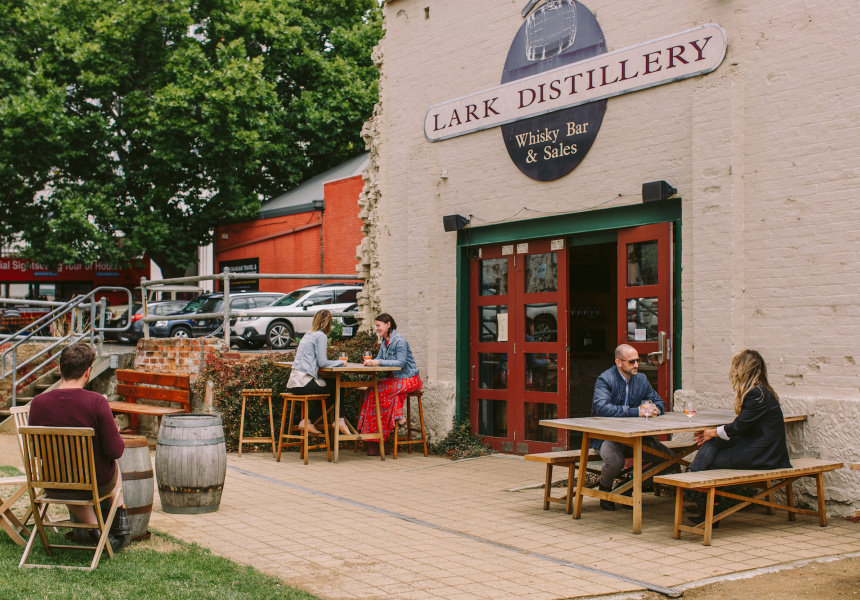 Wandering the rows of barrels at Lark’s three Tasmanian whisky distilleries, sampling the ageing malts to determine their character and optimal bottling time is one of the perks of head distiller Chris Thomson’s job.

And while any day that involves sipping a developing Tasmanian single malt is destined to be a good day, for Thomson some are particularly rewarding. “We discovered a whisky with bright notes of pineapple and tropical fruit,” Thomson says of a barrel he tasted at Lark’s Bothwell distillery in central Tasmania.

Taking the uncharacteristically fresh, fruity tipple – Lark’s classic casks typically possess riper, darker roast fruit characteristics – Thomson and his team blended the unique whisky with another sweet-leaning vintage from the nearby Overeem distillery, and added a hit of Lark’s signature tawny cask whisky. The result, dubbed Symphony No.1, is the label’s first ever blended malt release.

“We set out to create something approachable and versatile, with lots of character and multiple layers,” Thomson says of the blend, which features notes of vanilla-spiked caramelised pineapple on the nose, and a bright citrus and wildflower honey finish.

While a single malt is made with whiskies drawn from a single distillery, profiling the specific characteristics of the malted barley and the region where it’s produced, blended malts are created by gathering drops from a range of barrels held in various distilleries so you can build a particular flavour profile.

While blends are new to Lark, Thomson believes the finished Symphony No.1 – produced from barrels aged for an average of six years – is still a strong representation of the Tasmanian terroir. “It’s heavily influenced by the distillery’s surroundings: fields of barley, soft water, clean air, highland peat bogs and the perfect climate.”

Evident, too, are the elements of a symphony, with Thomson drawing parallels between the composition of a piece of music and the blending of a premium whisky. “The layering of sound creates mood and emotion, just like blending casks is all about overlapping flavours. A symphony is written in three parts, and Symphony No. 1 is blended with three different whiskies.”

Bill Lark founded his distillery in 1992 after being awarded the first licence to distil spirits in Tasmania since the 1830s (after lobbying his local MP to change a long-forgotten convict-era ban on distillation). Six years later he bottled his first commercial single malt, and in 2009 he put Tassie on the whisky map by nabbing the award for best whisky outside of Scotland and Ireland at the World Whisky Awards. There are now more than 20 whisky operators on the island – a number of which are producing award-winning drops.

Thomson says the local barley, yeast and water are fundamental to making contemporary Tasmanian whiskies such an international success. “That’s combined with the perfect climate for creating delicious whiskies.”

The Symphony No.1 can be enjoyed on ice, served neat or stirred into an Old Fashioned. Thomson is also saving a bottle for the warmer months. “I’m excited to tuck into a few highballs this summer,” he says. (His method is to fill a tall glass with ice, add 30 millilitres of Symphony No.1, 15 millilitres apple juice, then top with soda and stir slowly to combine. Garnish with thin slices of freshly cut apple.)

For Father’s Day, Lark has created a steak and whisky gift pack, featuring a 500-millilitre bottle of the new release, a Cape Grim Scotch fillet steak, as well as wood chips from old whisky casks and peat from Lark’s bog for smoking the meat. Founder Bill Lark will host a Facebook Live event alongside Thomson and Australian test cricketer and captain Tim Paine. The masterclass and whisky tasting is on September 13, and Lark will show recipients of the pack how to use the peat and wood to smoke their steaks (the pack can be delivered across the country).

And while Lark’s first Symphony has only just been released, Thomson and his team are already looking ahead to future releases. “We’re pretty excited about the possibility to create more blended malts and Symphonies in the future. The world is our oyster and we have so many great distilleries to play with.”

Lark Distillery’s Symphony No.1 is $139 via the website or Dan Murphy’s. The Father’s Day masterclass happens September 13 and the Steak & Whisky Gift Pack can be delivered nationally. Find more details on the website.