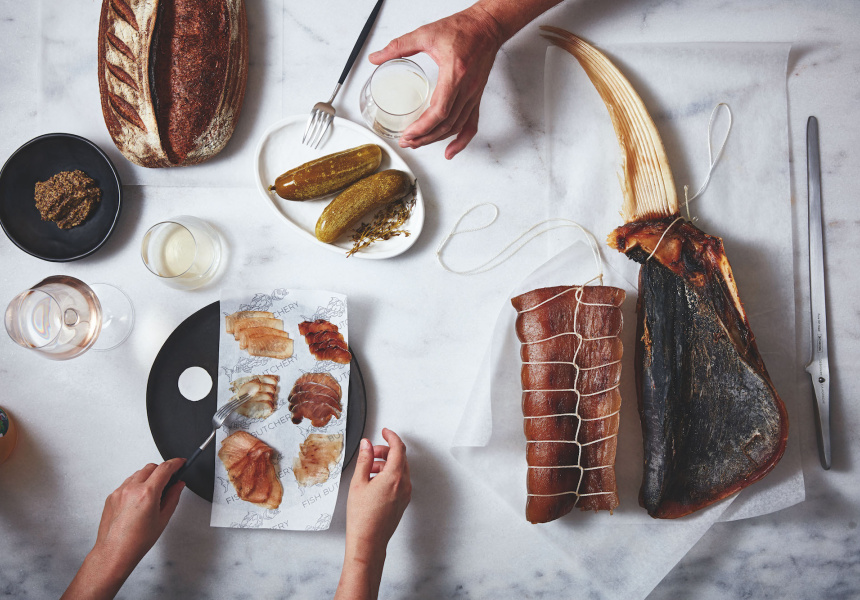 Innovative Sydney seafood chef and author Josh Niland picked up two James Beard Awards last night, US time, for his The Whole Fish Cook Book. He took out the major award, Book of the Year, as well as the “Restaurant and Professional” category. He is the first Australian to win the James Beard Book of the Year Award.

Niland, who runs Paddington restaurant Saint Peter and the nearby slick fishmonger Fish Butcher with his wife Julie Niland, is a pioneer of fin-to-scale cooking, which uses almost every part of the fish. Published last year, The Whole Fish Cook Book was his first book and outlines his sustainable seafood philosophy. He’s recognised across the globe for his groundbreaking and unique approach to working with fish.

The annual James Beard Awards are arguably the most prestigious culinary book awards in the USA – perhaps even the world. The awards cover many categories, recognising chefs, restaurateurs, authors, journalists and broadcast media.

Niland was up against some impressive competition. In the "Restaurant and Professional" category he beat Shamil Thakrar, Kavi Thakrar, and Naved Nasir of London Indian diner group Dishoom, who were nominated for their book Dishoom: From Bombay with Love, as well as chef Daniel Humm for his book Eleven Madison Park: The Next Chapter, Revised and Unlimited Edition. Humm’s book reflects on his time at New York fine diner Eleven Madison Park (now closed), which was regarded as the best restaurant in the world when it was crowned number one in 2017’s 50 Best Restaurants.

“I am overwhelmed,” Niland said in a statement. “It’s an incredible achievement for all involved. A huge thank you to Hardie Grant and the team for their incredible support and for believing in what we do. Without that belief, a book like this may never have been written. This award will hopefully bring our message to a wider audience.”

Jubilee: Recipes from Two Centuries of African-American Cooking by Toni Tipton-Martin took out the prize in the "American" caregory, while the eighth edition of the World Atlas of Wine was named the best book in the "Beverage Without Recipes" category. Bon Appetit’s food editor at large Carla Lalli Music won in the "General" category for her tome Where Cooking Begins: Uncomplicated Recipes to Make You a Great Cook, and British author and columnist (and adviser to the Queen’s wine cellar) Jancis Robinson was inducted into the Cookbook Hall of Fame.