A Sweet Idea That Became a Mini-Empire

A dessert-loving small-business owner took a punt on her passion. In partnership with MYOB, we talk to Emily Samyue about celebrating the small wins that lead to big things. 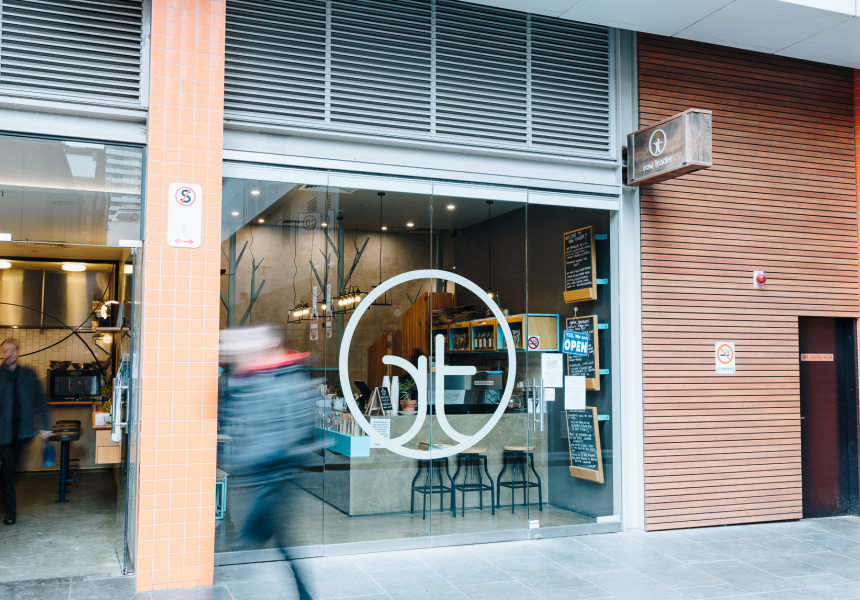 Emily Samyue knew her business idea was no sure thing.

After studying food science at university, Samyue began her career “on the factory floor” of a large multinational that launched new food products locally and overseas. She climbed the corporate ladder until she was head of innovation. So far, so good.

But in early 2014, she hit upon an idea that combined her training in food science with her passion for desserts. So she left her job and by July had opened a dessert cafe, called Raw Trader, in the Melbourne CBD. Offering organic, raw, vegan, gluten-free, refined sugar-free and dairy-free sweets, Raw Trader was an outlier at the time. The raw-food movement was not yet mainstream, and Samyue’s success was anything but assured. “I believed in what I was doing,” she says. “Getting customers in the door was my first win.”

Soon enquiries from shopping centres and people interested in franchises began flowing in. “We knew we had something really special when Chadstone approached us,” she says. The opportunity to open a second store in one of the busiest shopping centres in the Southern Hemisphere was too good to refuse, so in June 2017 Samyue opened her second Raw Trader store in Chadstone.

Those two opening days – first in the Melbourne CBD, then at Chadstone – are among her proudest moments. “I took a big punt leaving a really great industry,” says Samyue. “Getting to opening day for both of the stores was really special and it reaffirmed to me that hard work pays off – the commitment and the perseverance and the grit that you have in wanting to see something through.”

Evangelical about raw desserts, Samyue has relished the chance to educate customers about “protein-based and plant-based desserts rather than traditional flour, butter, milk, and egg-type desserts.”

Her most popular items are raw doughnuts and old-school classics such as tiramisu, Black Forest cake, caramel slice and Cherry Ripe slice. “I love old-school flavours and I'm a kid of the ’80s,” she says. “We had a lot of really cool treats back then and I like to try and replicate those in new, healthier formats.”

She rarely has a day off. “I have a hand in everything, from food prep to service to ordering to negotiating new contracts, looking and scouting for new opportunities,” she says. “But if you love what you do, it's never a bad thing.”

But she does find the “nonstop” nature of running a small business challenging at times. “It's not like working for other people where it’s a five-day week,” she says. “For the most part people can go home at the end of the day and switch off and relax and do regular things. But as a small-business owner, it's always 24/7. You're always on. There is no down time. And essentially, you're responsible for every aspect of the business. That's very challenging when you're only one person.”

Part of that is staying on top of accounts. Samyue uses MYOB to manage her finances, which she says is “very user-friendly and easy to understand and use on a daily basis. The online version, which I use, is great because it's accessible on multiple computers at one time by different users.” She finds the reporting tools particularly useful. “It makes it easy to download and print off whatever types of reports you're looking for,” she says. “Whether it’s sales, employee or transactions.”

Ultimately it’s the support from customers that keeps her going. Samyue loves receiving thank-you emails from elated customers who have finally been able to give a friend or loved one with a food allergy a birthday cake. “That's what motivates me,” she says.