After three years making ethical and delicious chocolates, Hey Tiger’s founder says it proved too hard to scale the business. It’s now selling its stock at 40 per cent off. 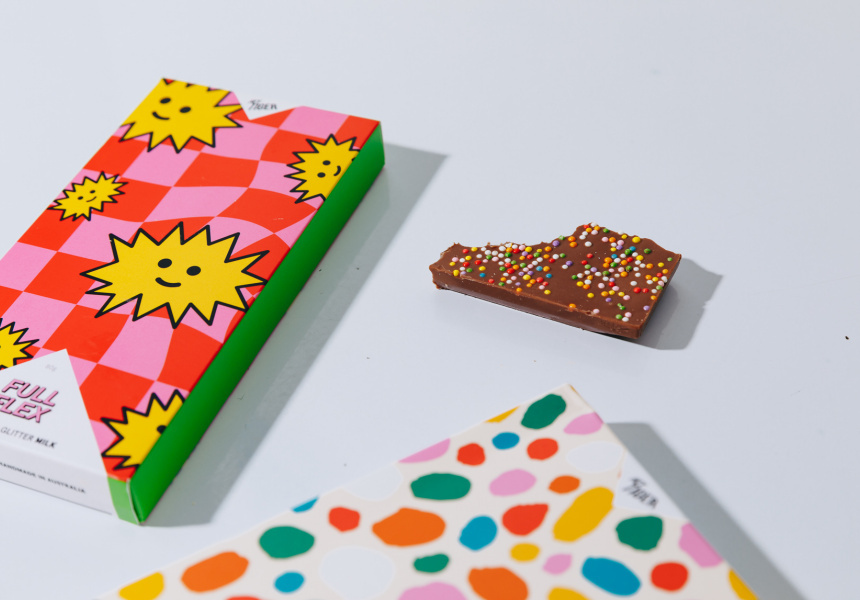 A gift list go-to for Broadsheet, ethically sourced chocolate Hey Tiger comes in more than 70 flavours, including Sprinkles and Glitter, Red Gum Yum, and Fine Vine. As well as lots of vegan options. In three years the chocolate maker has collaborated with media personalities such as Flex Mami and shops such as Gewürzhaus to create ambitious chocolates in vibrant, playful packaging. And its sustainability focus meant we could indulge in feel-good vibes at the same time as stuffing our faces with sweet treats.

Sadly, Hey Tiger founder Cyan Ta’eed has announced the company will be shutting up shop from May 17. She says in a letter published to Instagram that the company is not viable in the long term.

The post says “The vision of Hey Tiger was always an ambitious one. We wanted to create a chocolate company that would surprise and delight everyone who tried it, while helping make positive change in the broken cocoa industry.”

Hey Tiger has sold approximately 700,000 chocolate bars – resulting in the company donating $400,000 to The Hunger Project, which aims to end world hunger by 2030.

Ta’eed says she’s “still glad we took the leap” and so are we. In the final week of Hey Tiger’s operations, its running a sale of its chocolate with 40 per cent off everything. Stock up at the online store until noon, Monday May 17.