After decades of guessing, we finally know exactly how Sizzler managed to make that cheese toast taste so damn good. 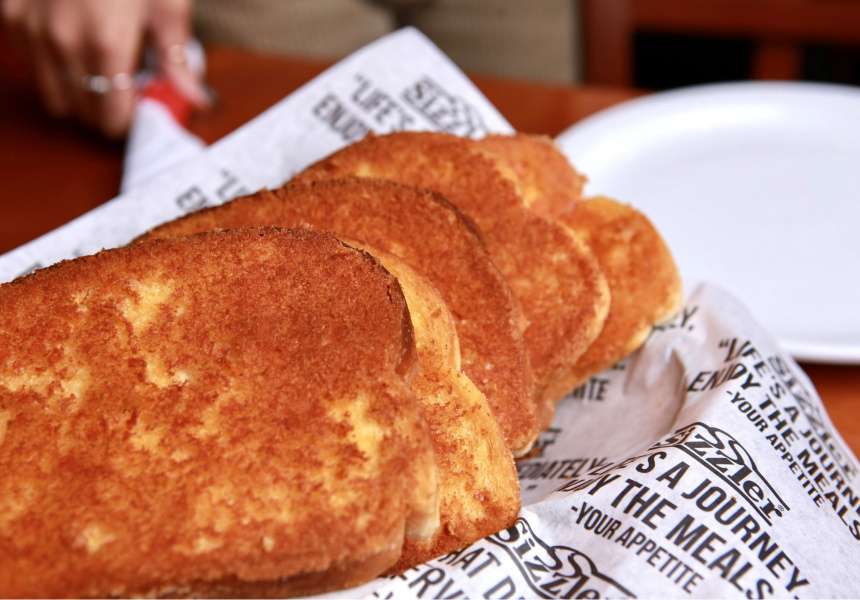 Sizzler’s cheese toast alone was always reason enough to head into one of its famous family restaurants – which, after their ’90s heyday, hold a special place in many an Aussie millennial heart.

But while some of us felt we’d satisfactorily replicated the delicious, buttery slices in our own homes – from packet supermarket buys that resembled what Sizzler whacked on the frypan to complex fried-then-baked routines that got 95 per cent of the way there – the actual recipe was kept under wraps.

Until now, that is. With Sizzler closing its doors for good in Australia this Sunday, November 15, the restaurant chain was happy to reveal its cheese toast recipe to 7News. And turns out, it’s not that complicated.

All you need is thick-sliced white bread, pecorino cheese and margarine. You mix equal amounts of pecorino and margarine to create a paste, spread it on one side of the bread and cook in a frying pan over low-medium heat for around 60 seconds. When it’s golden, it’s ready.

Ridiculously easy, right? While it’s good to know the exact cheese Sizzler was using, we’re sceptical that this method would really produce the exact, mouth-watering cheese toast we craved as a kid. But hey, it’s worth a try.