From pared-back gin to fresh and fruity liqueur to moonshine – local booze expert Nick Stock shares the drinks you should have in your cupboard. 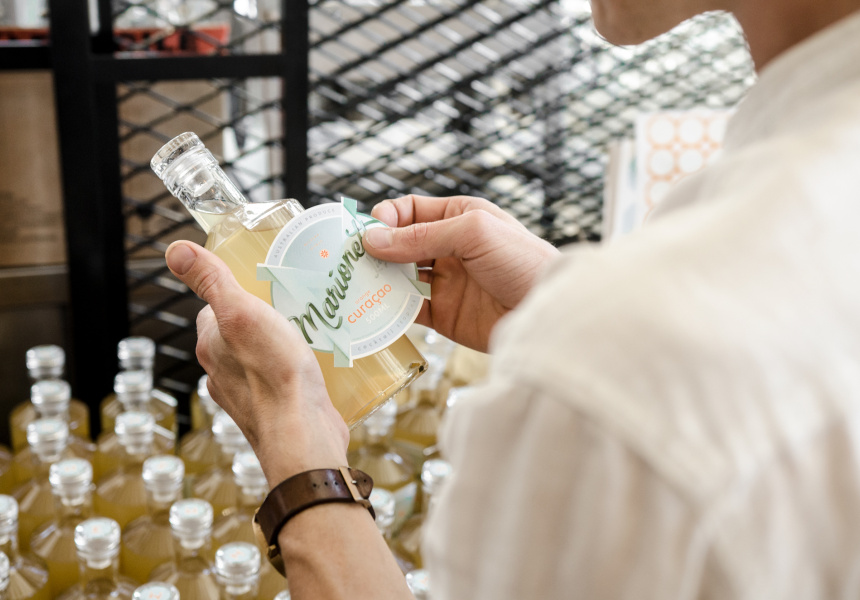 Unless you’ve been propping up at the bar on the International Space Station for the last few years, you’d be well and truly aware that Australian spirits are one of the most rapidly expanding and exciting spaces in our drinking world.

The gin category has carved a wide path of discovery with aromatic infusions and imaginative takes on traditional themes but things are growing in this space fast and distillers are honing their craft in new directions.

It’s thrilling to see the gin discussion delving into dialled-back styles that push juniper to the front of the line. It’s not all new, but there are a slew of whisky projects on the horizon about to drop, and aged spirits conceived three or four years ago about to hit bar shelves. Here are six Australian spirits you should be drinking right now.

Never Never Triple Juniper Gin
"I can’t get enough of this punchy, don’t-fuck-with-the-main-ingredient statement gin that delivers strongly chiseled juniper flavour in a refreshing break from flavoured gin follies. It’s a straight shooting reminder of what gin and tonics are all about: the gin! Baller choice for a Martini too."

Applewood OKAR Amaro
"The self-proclaimed 'taste of Australia', this latest edition of Australia’s first dedicated amaro is one that doesn’t shy away from bitter. It’s a long process to make what is a very long and deeply flavoured Aussie amaro, one that delivers uncompromising bitterness. It breathes up into the sweetness of tonic in a spritz-style drink, or lemonade for the real sweet tooth."

Melbourne Moonshine Single Cask #3
"This is a 100 per cent organic corn mash base and is aged in a repurposed fortified cask. The result is a polished and punchy style with nutty, spicy and creamy nuances, nice and dry. It’s ridiculously smooth, layered and luxurious to sip and it’s also the Australian flavour to spike your Boulevardier instead of imported rye (if you’re after a home-grown twist). Ahead of the curve? You bet."

Lobodos Apple Brandy
"The apple-loving crew at Lobo has been making apple schnapps and quietly stashing some distillate away for the last few years. The result, Lobodos, is a play on the French apple brandy name Calvados. It’s wood maturation adds warmth, depth and complexity, and all the nice things you see in a brandy. It’s an apple-y, autumnal after-dinner sipper, neatly cut and beautifully complex."

Fire Drum Vodka
"The Sullivan’s Cove team aren’t content with world whisky domination so they’ve stepped into the vodka world. With a base of Tasmanian barley, it delivers lots and lots of creaminess, pungency and earthiness – nice in a soda and citrus application. Imagine, a vodka soda with personality ... mind blown."

Marionette Curacao
"Riverland oranges are the backbone of this beautifully balanced, fresh and raw fruited liqueur, helped along with some St Agnes Brandy. It’s one of those 'I can’t believe no one thought of this earlier' moments; truly authentic and makes perfect sense. Try it with a dry tonic or fuse it into your favourite cocktail recipes. Heck, why not just flambé something!"