Having to choose between the beach and the tennis is a unique conundrum of Melbourne’s summer. In partnership with Australian Open, we speak to two of the people responsible for bringing an authentic slice of seaside living to the CBD tennis comp. 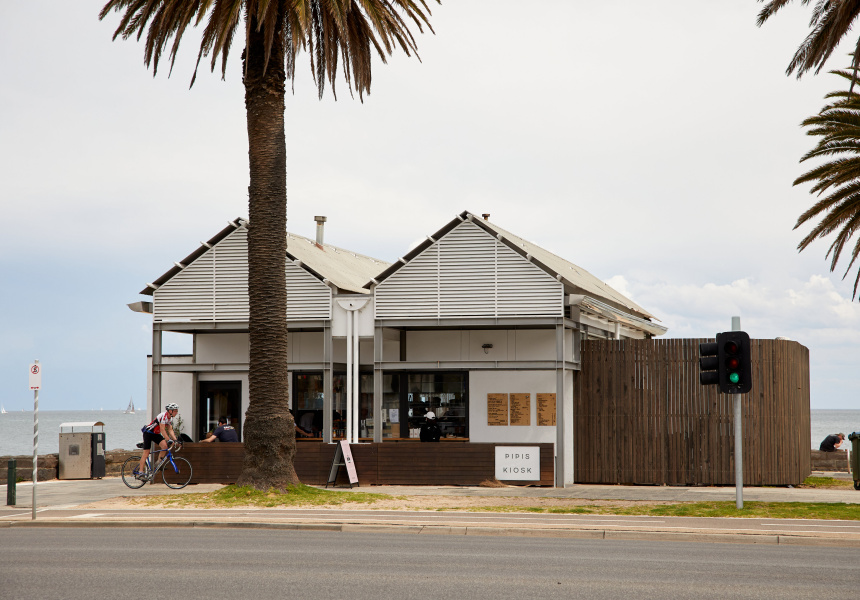 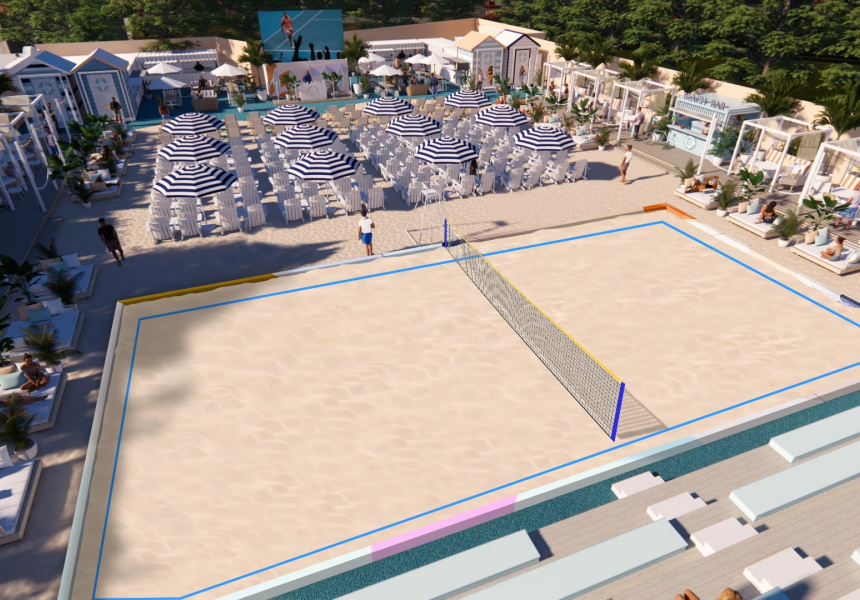 “People just have this natural affinity to sit by the sea,” says Tom Hunter, director of Pipi’s Kiosk in Albert Park. “The ocean has a calming influence on people. I think when people go to the tennis and sit at the beach bar, it’ll be the closest thing they’ve had to a holiday in two years.”

Hunter is one of the people responsible for the success of that venture. Pipi’s – Albert Park’s fish‘n’chip kiosk and wine bar – is joining the new AO Beach House, a beach-themed pop-up for the 2022 Australian Open. Set to serve throngs of hungry tennis fans at Melbourne Park, Hunter says he’s keen to ensure that bayside flavour.

“There’s nothing more quintessentially Australian than eating fish‘n’chips by the seaside, on the bay,” he says. “When you’re at the Australian Open we really want to get the message across that this is part of our culture.”

The nature of beachside dining
While Pipi’s Albert Park home base combines a beach-friendly kiosk window with a more substantial eat-in menu, chef Jordan Clay aims to strike a balance between the two for the AO Beach House offering.

“Outside of the fish‘n’chips, it’s going to be a little bit lighter, a little bit fresher, more vegetables, more raw seafood,” says Clay. There’ll be a tomato and Vegemite flatbread, a watermelon Greek salad and a dish taken straight from the Pipi’s menu – Nannygai crudo with yuzu and cucumber.

For Clay, Hunter and the team, beachside crowds can be as unpredictable as the weather. So they’re looking forward to the consistency of the Open. “The toughest thing about being by the beach is you don’t know what the weather’s going to bring,” says Hunter. “You don’t know how many people are going to be turning up. Whereas the Australian Open is gonna be a thumper, so we know that and can prepare accordingly.”

AO Beach House
While the AO Beach House is a getaway within the Open, it aims to blend escapism with proximity to the tennis action.

The space is genuinely sandy, dotted with shady spots and private cabanas. The centrepiece is the Bondi Sands beach tennis court, and there’ll be plenty of chances for guests to get out on it as part of the AO health and wellbeing program. For early birds, the program kicks off with morning yoga and pilates hosted by CorePlus followed by some health-focused breakfast options by Oakberry – think acai bowls and smoothies. Along with Pipi’s fare, there’ll be summer-friendly champagne from Piper-Heidsieck to take the crowds well into the evening.

“It kind of reminds me of a Saint-Tropez beach set up,” says Hunter. “Lots of sun lounges and umbrellas and a big beach in the middle – and lots of televisions so you can watch the games live.”