The style icon, producer and actor – known to most as Carrie Bradshaw – isn’t releasing a pre-mixed Cosmopolitan, unfortunately. Instead she’s teaming up with a New Zealand winery. 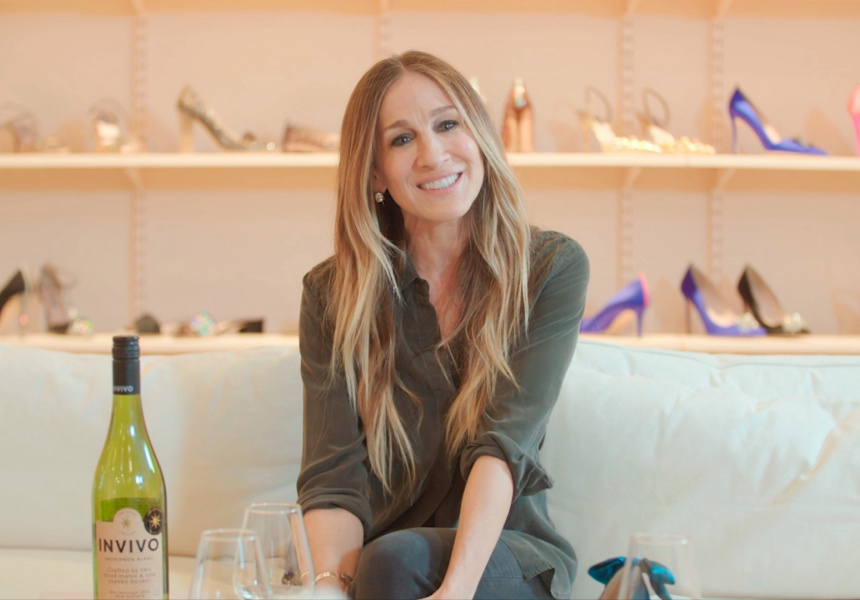 If Sex and the City’s Carrie Bradshaw were going to attach her name to an alcoholic beverage, you’d think it would be a Cosmopolitan. And that you’d be able to order it at a McDonald’s Drive Thru with a cheeseburger and a large fries.

But Sarah Jessica Parker, who plays the Manolo Blahnik-wearing, sex-column-writing, impossibly (considering the average writer’s income) designer-garment-clad New Yorker in the show, might be trying to separate herself from her best-known on-screen persona.

The actor, producer, shoe designer, perfume creator and style icon has announced she’s releasing a range of wines later this year – not that Bradshaw wasn’t partial to a glass of vino (“I save my carbs for wine. It's called priorities”).

Unlike Mr Big, Parker won’t be moving to Napa (obviously that was a huge mistake anyway – “If you’re tired, you take a napa. You don’t move to Napa”). Her wines will be produced by New Zealand winery Invivo, which was started almost 10 years ago by school friends Tim Lightbourne and Rob Cameron, who wanted to make unpretentious wines their friends would enjoy drinking, and will centre around sauvignon blanc and rosé.

“I’ll be taking a back seat and letting her create the blends,” winemaker Cameron said in a press release. “It comes down to SJP’s palate and preferences.”

Parker will be involved in all aspects of production, from label design (we’re holding out for something involving a post-it) to naming each blend. “I intend to be very hands on throughout the process, as I am with all my endeavours,” Parker said in the release.

We can’t help but wonder … is it kosher to grape-stomp in Manolos?

The Sarah Jessica Parker x Invivo Wines range will be available in stores nationally in winter 2019.