Produced by Broadsheet in partnership
with Grill'd.

The Rise of the Flexitarian

One food philosophy strives to embrace the best of both worlds. In partnership with Grill’d, and its new plant-based burger range, we explore the fundamentals of a flexitarian diet. 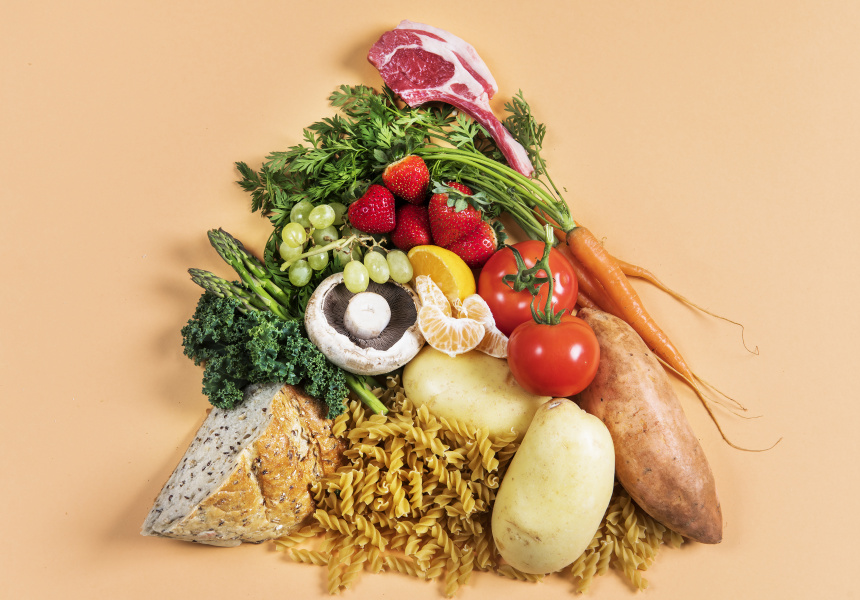 Dr Emma Beckett is a nutritional scientist at the University of Newcastle. For many years she subscribed to a purely vegetarian diet, thinking it the healthier choice. But when she began researching the way food interacts with our genetic makeup as part of her studies, she made a conscious decision: it was time to begin eating meat. Specifically, fish.

“When I started my PhD I was full vegetarian,” says Beckett. “But there was just so much evidence about the benefits of including fish in your diet. All the gold-standard diets – the Okinawan, Mediterranean, Nordic diets – the thing they have in common is a lot of fish. So I started eating fish when I began working in this field.”

Vegans and hardcore meat-lovers alike might scoff at this flexible approach to diet. But as Beckett says, being a so-called “flexitarian” is a more considered decision than eating whatever you please – and for good reason.

What is a flexitarian?
The distinction between a flexitarian and your standard-issue omnivore is making a conscious choice to balance your meat and vegetable intake. What distinguishes it from many other diets is it’s also based in science. In fact, the label “flexitarianism” could equally be termed “The Australian Dietary Guidelines”, as outlined by the National Health and Medical Research Council.

“It is a very healthy model of eating, if you do it properly,” says Beckett. It also doesn’t mean you need fast over favourites. More and more cafes and restaurants are adding plant-based meals to their menus, and with national restaurants like Grill’d making the leap, adding two plant-based burgers to its menu – the Hemp Therapea and the Amazing Vegan Cheeseburger, which pairs a chickpea pattie with vegan cheese – it’s a sign the shift is here to stay.

Take it slow
For those who have been leaning vego but considering expanding their meat-intake, it’s best not to head straight to the butcher. “If you haven’t been eating meat at all you might find you get stomach upsets or gastrointestinal problems,” says Beckett. “Likewise, if you’re a meat-eater turning to more vegetarian dishes, if you’re not replacing it with a good alternative source of protein you might find it difficult to stick to because without meat you [initially] won’t feel full enough.”

Becket recommends going slowly. “If you go hard, that’s when it shocks your body and shocks your lifestyle. If you do it slowly, then it’s much more manageable and you’re more likely to stick with it.”

Eating healthy is hard
Failing to stick to a diet isn’t all on you. “Evolution has kind of screwed us on the whole weight-loss, weight-gain cycle,” Beckett says. “We now have a big focus on getting people to eat fresh whole foods to improve their diets. But we’re not looking at how we could give people a healthy, well-rounded balanced diet with processed food. That might be what some people need to help make these changes.”

One of the benefits of the flexitarian ethos is it’s, well, flexible. “The name gives it away,” says Beckett. “If you’ve got a function on where they’re doing meat, being a flexitarian means that’s one of the days you eat meat.”

It also means you can embrace substitutes to replace an element in a dish, be it meat, sugar, dairy or otherwise. Vegan cheese is a good option, having no saturated fats or cholesterol, and less fat overall than regular cheese. “It’s fortified to have as much or more calcium than dairy cheese and similar sodium levels,” says Beckett. “So you can experience the same cheesy goodness without having to feel as bad about it.”

Drop the hashtag
While Beckett will happily advocate a flexitarian diet, she’s not so keen on the name.

This article is produced by Broadsheet in partnership with Grill’d. Find out more about the Hemp Therapea burger and the Amazing Vegan Cheeseburger, part of Grill’d’s new plant-based range, and download the Grill’d app for easy ordering, free stuff and nutritional content.

Produced by Broadsheet in partnership
with Grill'd.
Learn more about partner content on Broadsheet. What’s So Good About Eating Hemp?