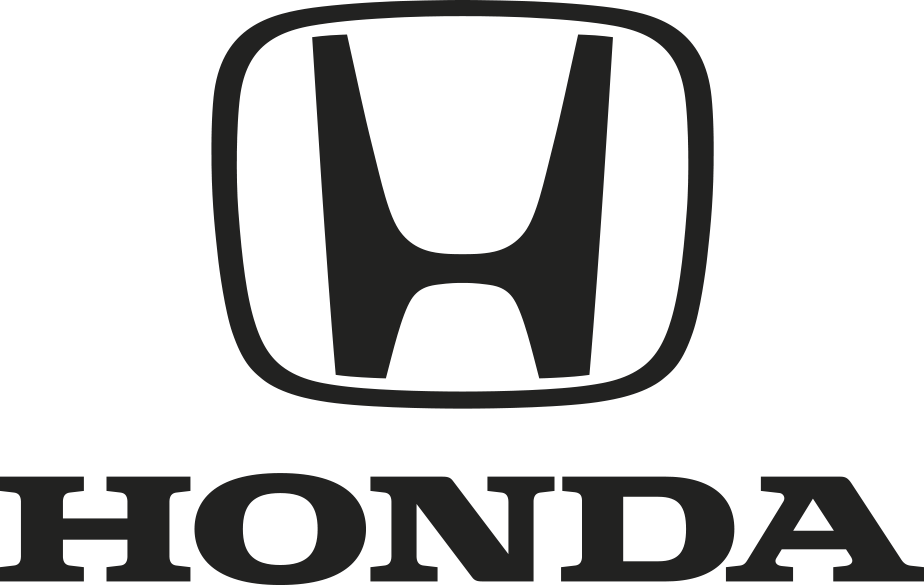 Produced by Broadsheet
in partnership with Honda.

From Restaurant to Studio: The Rise of Flexible Spaces in Hospitality

Hospitality is an industry in which you need to stay nimble – even if that means running a cafe that doubles as a motorbike repair shop. In partnership with the new Honda HR-V, we look at some hospitality spaces that are doing things a little differently. 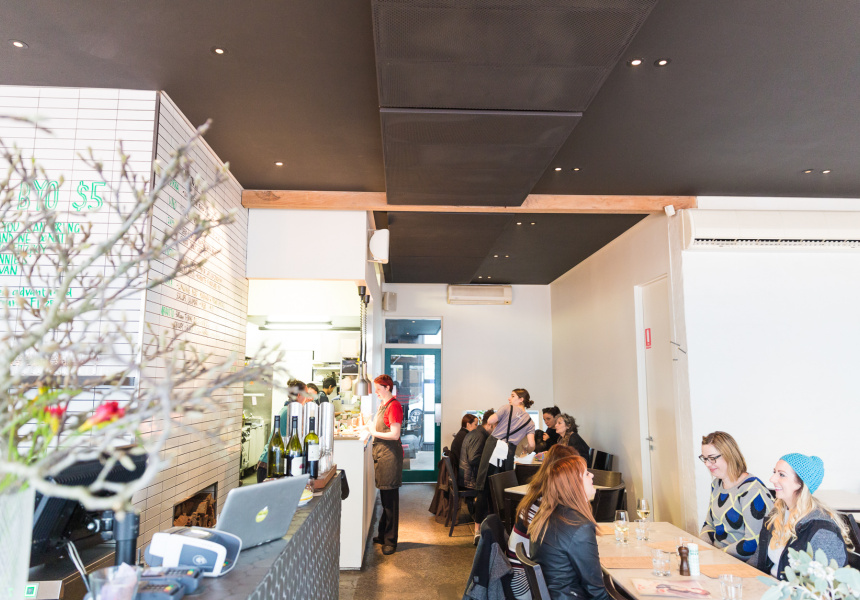 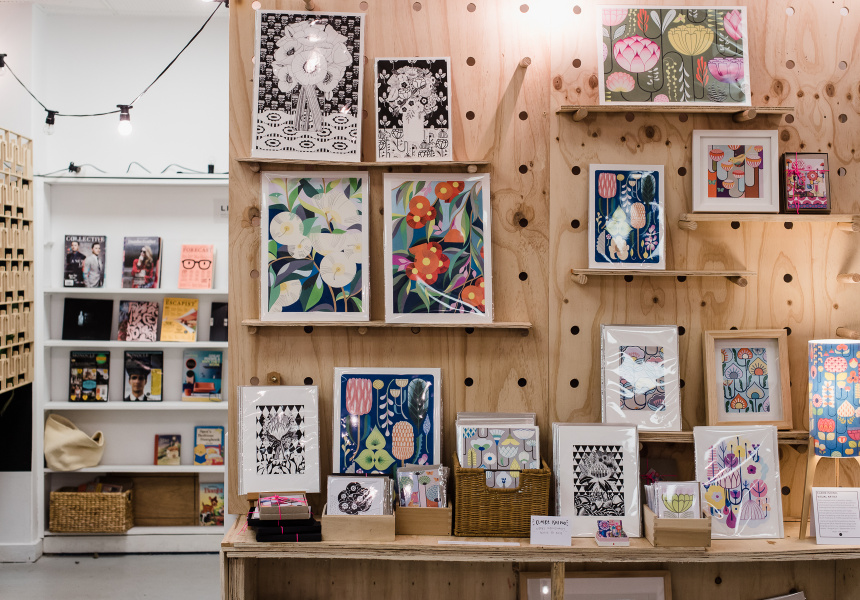 In the age of the remote office, the digital economy and the lifetime freelancer, it pays to be flexible. On the other hand, it’s hard to innovate one of humanity’s most longstanding industries: cooking food and selling it.

But these irrepressible restaurateurs and bar owners, baristas, and chef-owners show that it’s not impossible. We talk to five nimble operators to find out how they’re doing it differently. 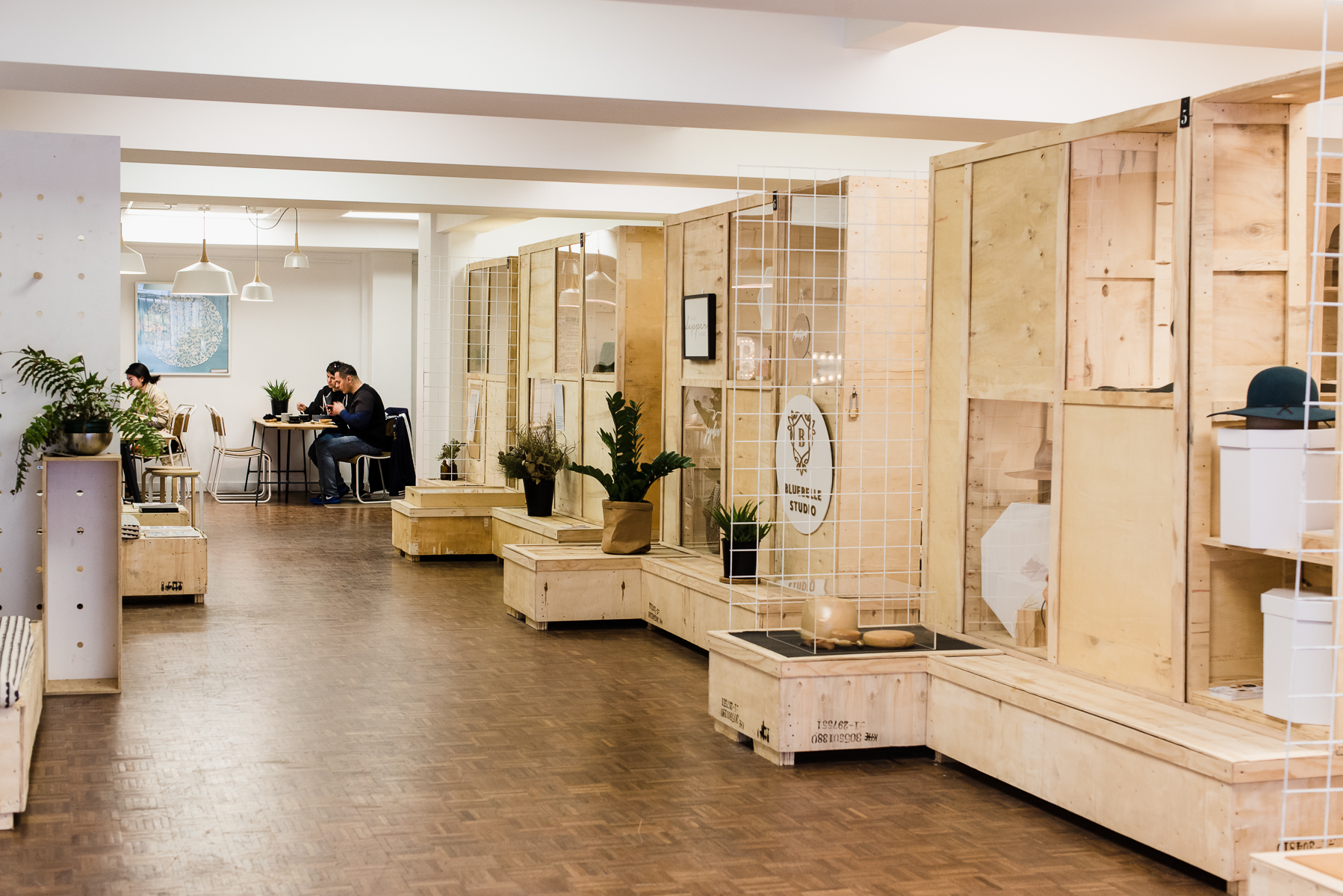 Elizabeth Donaldson didn’t really mean to open a cafe – let alone a part cafe, part shop, part studio and part co-working space. The former diplomat and policy advisor, rather, had a set of values she wanted to pursue. “It was more of a conceptual, ‘Okay, what do I want to achieve here?’” she says. “What do I enjoy?”

What Donaldson enjoyed was bringing people together and supporting the burgeoning creative industries in South Australia. “I knew by then professionally what excited me was meeting interesting people, helping people achieve their goals,” she says. “What I was really looking to do was connect makers and artists with people who are interested in what they do.”

To accomplish this, Donaldson decided she needed a multifaceted business, one that brings together both creatives and their clients, and melds a workspace with a retail space, relaxation with hard yakka. The result is Brick+Mortar. Upstairs architects, graphic designers and miscellaneous creatives work on their stuff. Downstairs, that stuff is displayed on plywood counters, while temporary exhibitions hang on the walls. Bringing the whole show together is the cafe, serving bagels, salads and toasties for both guests and residents.

The combination of all these elements successfully integrates all Donaldson’s interests. “People can sit down and have a chat and coffee,” she says. “It’s just really conducive to people feeling relaxed and being able to spend time in a space. While they're waiting for a takeaway, they can have a look around the retail store or they can easily pop upstairs and have a chat to one of the studio tenants.” Ultimately, for Donaldson, the cafe at the heart of Brick+Mortar brings people together. “There’s a really nice energy that comes from different people doing different things,” she says. “Being right next to each other but having a really distinct identity.” 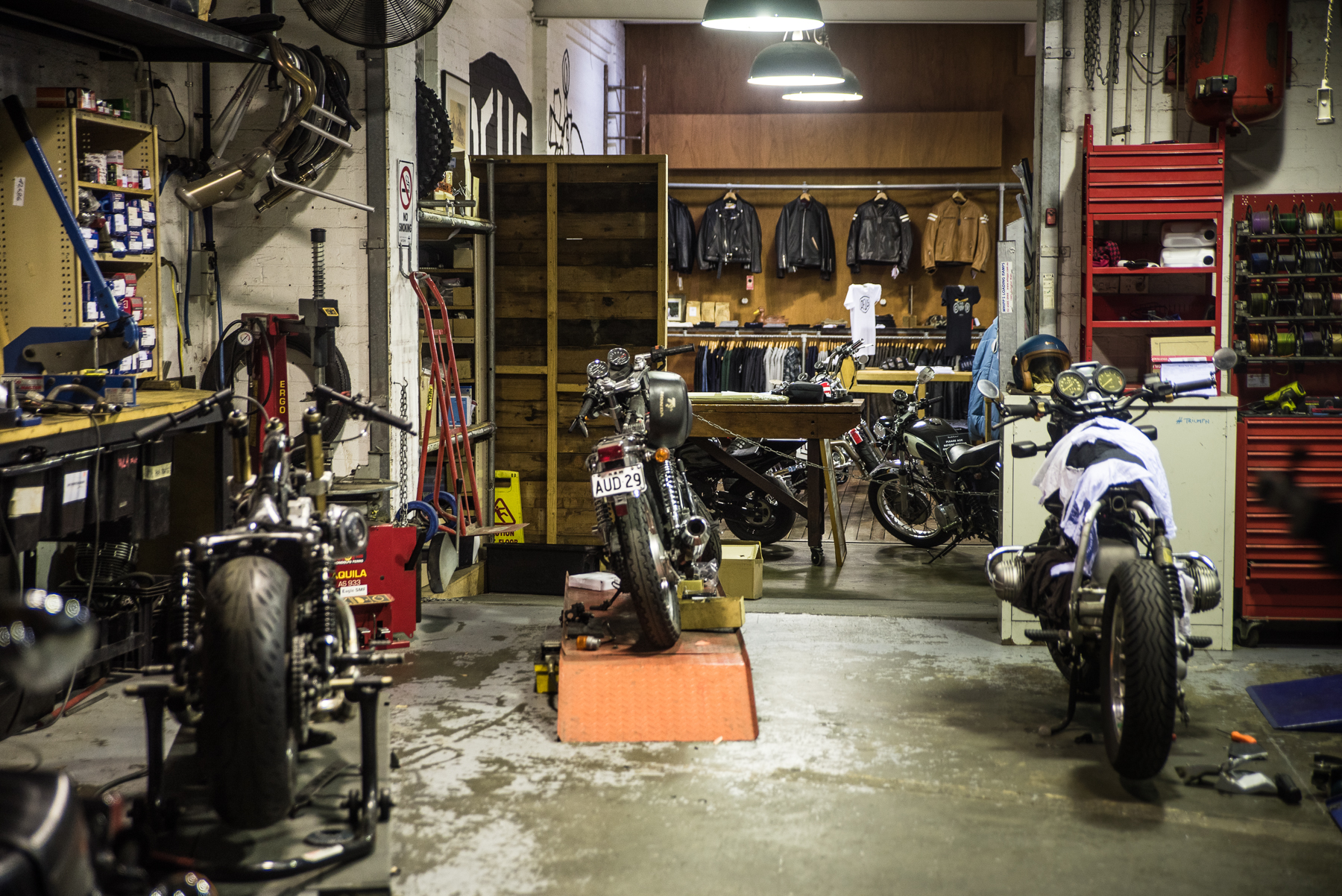 In the modern era, the landmark flexible cafe is Deus Ex Machina. First opened in Camperdown, Sydney, 13 years ago, Deus was kind of a crazy idea: a motorbike workshop run by a clothing brand that served coffee and food. Obviously, people were into it. Deus has outlets all over the world – and it’s about to open a giant new space in Perth.

“We’ve got regional satellite stores, but it’s the first time we’ll be opening a flagship outside of our original store in Camperdown,” says global marketing manager, Jack Coles. “It’ll have the cafe and food offering, the full retail offering, and that creative space with things happening – surfboard shaping, and art installations, and all the things that go along with Deus.”

While the notion of people sitting in a mechanic and enjoying smashed avo on seedy toast might seem incongruous, the concept actually has a long history. For those who aren’t into biking lore, a cafe racer is both a style of motorcycle and a grassroots movement, where riders would race from cafe to cafe. “Motorcycles and cafes have always been synonymous,” explains Coles. “Motorcyclists would race each other between cafes, and that’s how it originally started. Over the years it’s become a bit of a casual social meet-up place.”

It’s Deus’s ingenious solution to an age-old question: why are retail spaces often so uncomfortable? “Retail’s a hard environment to make people come into, to spend a bit of time in,” Coles says. “A lot of places have couches you can sit down on for five minutes, but it always feels a little bit forced. Having that full-functioning cafe, people really just take advantage of enjoying themselves and enjoying the space.”

Deus the Cafe serves as a gateway for Deus the surfboard brand, or Deus the jeanswear store, or Deus the handmade custom-bike retailer. “Our customer base is so broad, and they all attach themselves to different parts of the business,” says Coles. “There’s something that shimmers and attracts everyone who walks in, regardless of what they’re interested in.” 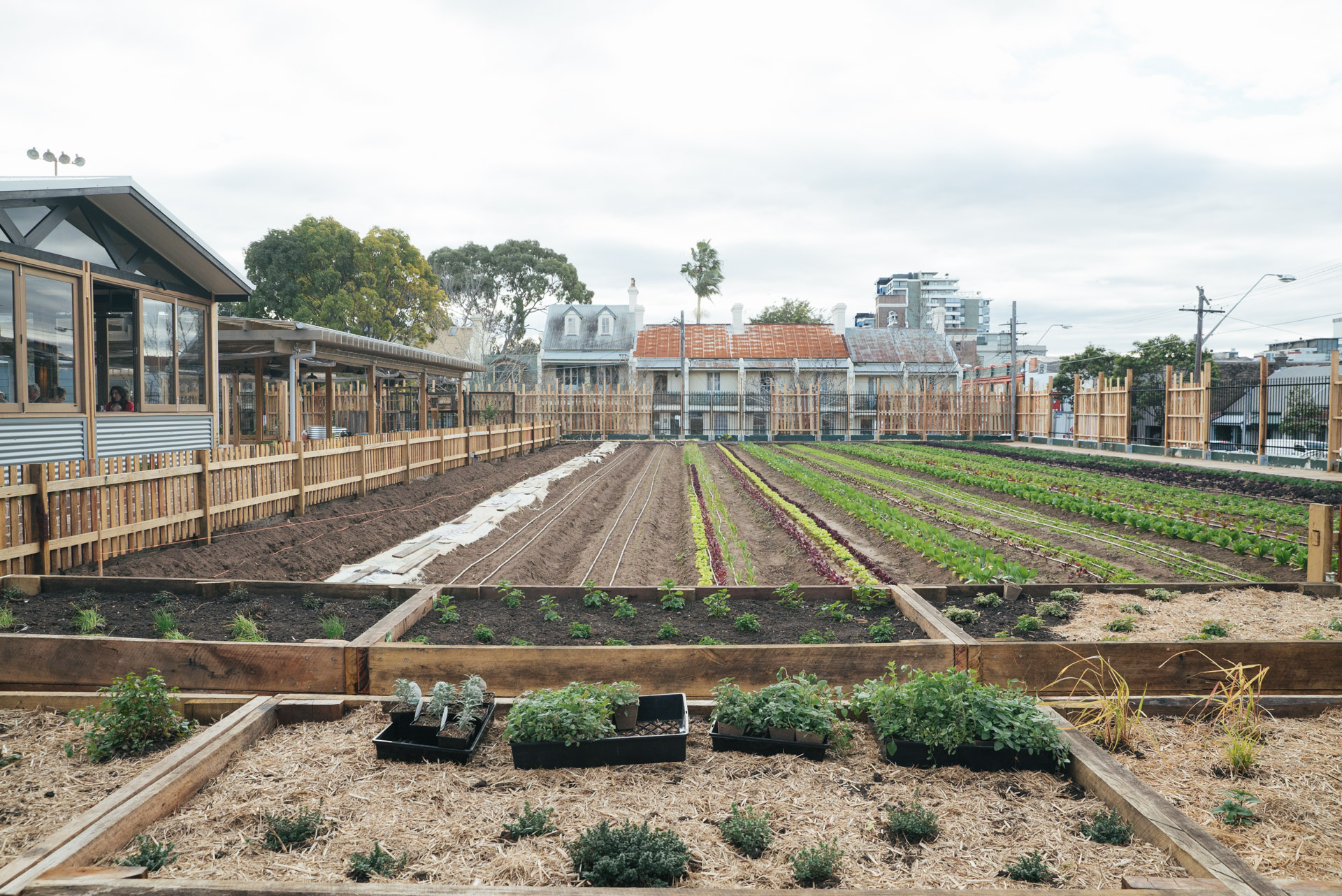 Camperdown Commons in the heart of Sydney has figured out a way to help support its inner-city farm: with Acre Eatery, a coffee shop and restaurant where locals flock for the food and stay for the farming.

What makes the collaboration between Acre and the Commons work is their shared set of values. “The ethics behind the two organisations are the same,” says marketing manager Noéme Benit. “We’re both about limiting your food miles, supporting your local community and local growers, and doing everything that we can to make this a really valuable space.”

Having farm-to-table dining in the middle of a working farm is obviously a great idea. But the table part of the equation brings in customers who mightn’t otherwise bother with the farm. “The site can function as a one-stop shop for a community,” says Benit.

“During the week, you’ll be looking at a business using the meeting room for a presentation, and they’ll have lunch in the restaurant and then they might have a workshop on the farm.”

The arrangement allows for the two organisations to mutually support one another. “It’s really important to coordinate with each other,” Benit says. “If they have something interesting going on, we put our regular customers in touch. If a company is doing a team retreat, we can organise the catering and then help organise a workshop with the farm.”

But the goal isn’t entirely profitability. Rather, it’s to be profitable in order to serve the community. “The Camperdown Commons Spaces are for hire, but they can also be used for free by local community groups and not-for-profits,” says Benit. “If you’re a private or corporate group, you pay a little bit so we can allow for the not-for-profits to come for free.” 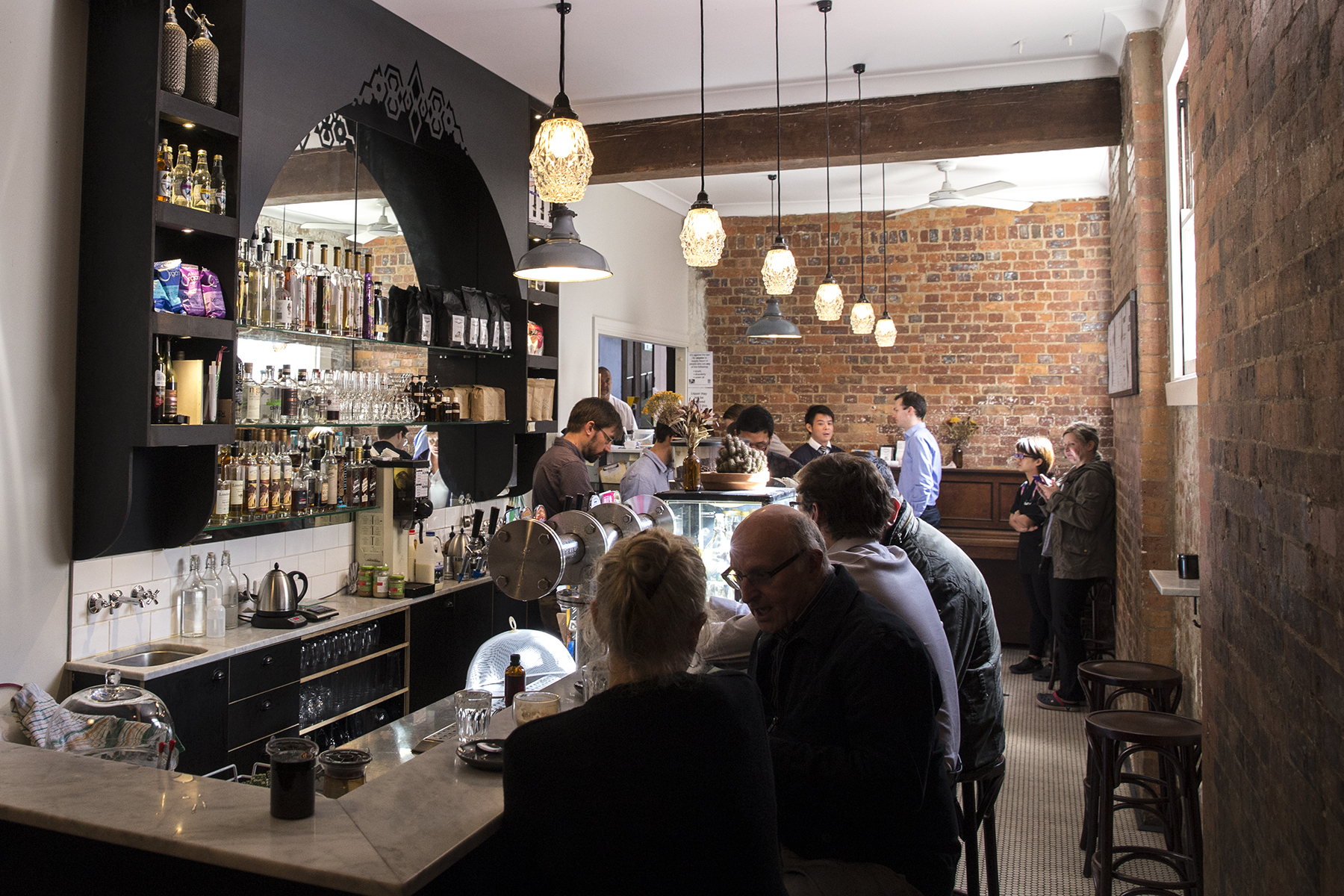 At John Mills Himself, Matthew Burt and Marcus Allison make specialty coffee across the counter by day, using beans from roasters as diverse as Five Senses, Coffee Supreme, The Single Guys and Uncle Joes, while serving a selection of French pastries from Crust & Co. By night, Helen Bird and Billerwell Daye mix Espresso Martinis and pull ponies of Stone & Wood, Green Beacon and Bacchus Brewers. And it works.

Burt believes that Brisbane isn’t quite ready for an all-day cafe, so this venue-sharing arrangement works perfectly for John Mills Himself. “It’s a smart move for us because we are able to afford and share the cost of running an inner-city establishment with the drawcard of being more than ‘just’ a cafe or bar,” he says. “Brisbane is not yet a city where a cafe can run all day. Pretty much every specialty coffee shop in the city is closed by four. So it’s awesome that we have the opportunity to still have patrons enjoying our space after the cafe closes.”

The arrangement also has the benefit of each business cross-promoting the other. “It gives inner-city workers, tourists and residents a venue that changes to suit their needs,” he says. “Not only that, the space changes, the lighting, the music, the atmosphere. It is like they can see both sides of the coin.”

Still, the reason John Mills Himself isn’t entirely down to the business model. The two teams both have to run an excellent bar and cafe. “We have definitely increased our efficiencies, but you still have to have a well-managed business,” says Burt. “And it takes continuous collaboration, otherwise the space wouldn't work. You need the right space and right partners – but these things are usually the hardest to find.” 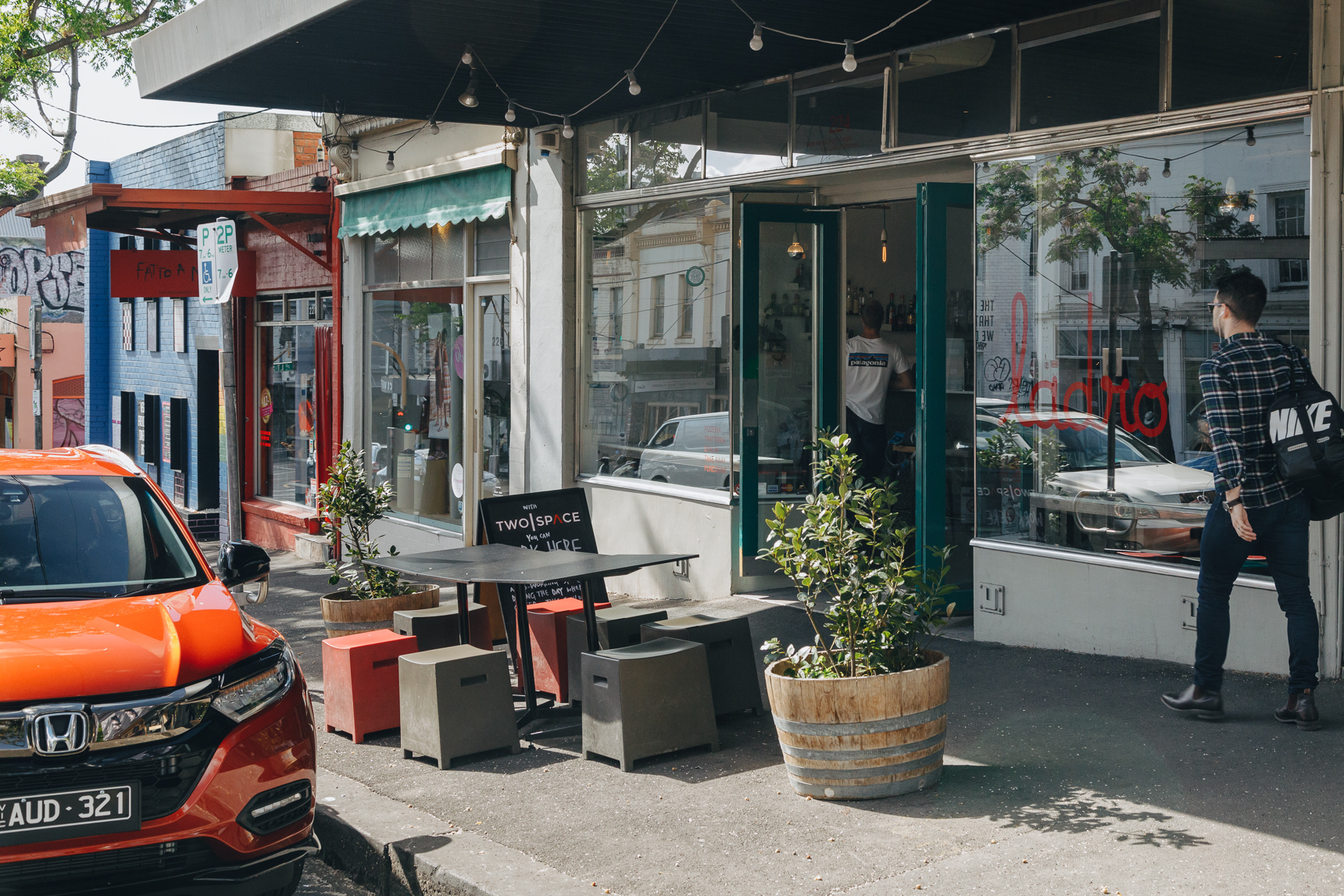 Ladro, the top-tier pizza joint, has long been a Fitzroy fixture, operating on Gertrude Street since 2003. But what many folks won’t know is that during the day, Ladro’s not Ladro. It’s TwoSpace, home to a fascinating co-working venture dreamt up by two blokes in Sydney.

Spearheaded by Tashi Dorjee and Rob Walker, these two friends were dreaming up plans for businesses in an empty restaurant when the idea hit them. “We were actually getting a lot done having a meeting there. It was an empty restaurant. It felt completely dead. How good would it be if we just started filling restaurants with people that needed a space to work from?” Dorjee says.

“It was very different from going to a cafe and working among the ruckus of people having coffees, and commuting, and talking, and doing their own thing, and having to order 10 lattes or cappuccinos to justify sitting at that table.”

The pair began approaching restaurants in 2016, after Sydney’s lockout laws had really begun to bite. “A lot of venues and restaurants were suffering. Foot traffic dropped in their areas because they were forced to close their venues at certain hours,” Dorjee says. “That really hurt a lot of hospitality venues and forced them to shut down.”

At the same time, the co-working wave was beginning to crest. Dorjee and Walker realised that with the new emphasis on the “gig economy”, more people would need a space – but many couldn’t shell out for the standard co-working fees. By using pre-existing spaces that were just sitting dormant, TwoSpace was able to cut prices for members while providing an income stream for hospitality owners.

“There's a huge demographic of freelancers, entrepreneurs, people who work from home, who can't afford or want to commit to office space,” says Dorjee. “So this gives them an option; they can work together or work from somewhere, rather than just from a noisy cafe or something like that.”

Every day from nine to five, workers gather in the empty pizza shop, where they sip coffee and plug away at their laptops, using free internet while they network or brainstorm or whatever it is they do. And all the while they’re supporting hospitality in Melbourne.

“Ultimately, it's all about if the space is sitting there and it's not being used, not only from a revenue-generating perspective but from an awareness perspective,” says Dorjee. “It just really helps the venues when people walk past it when it's normally shut with the lights off.”

This article was produced by Broadsheet in partnership with Honda.

Produced by Broadsheet
in partnership with Honda. Learn more about partner content on Broadsheet.