This versatile veggie dish can be made vegan and prepared the day before. Plus the dal recipe is great in its own right. 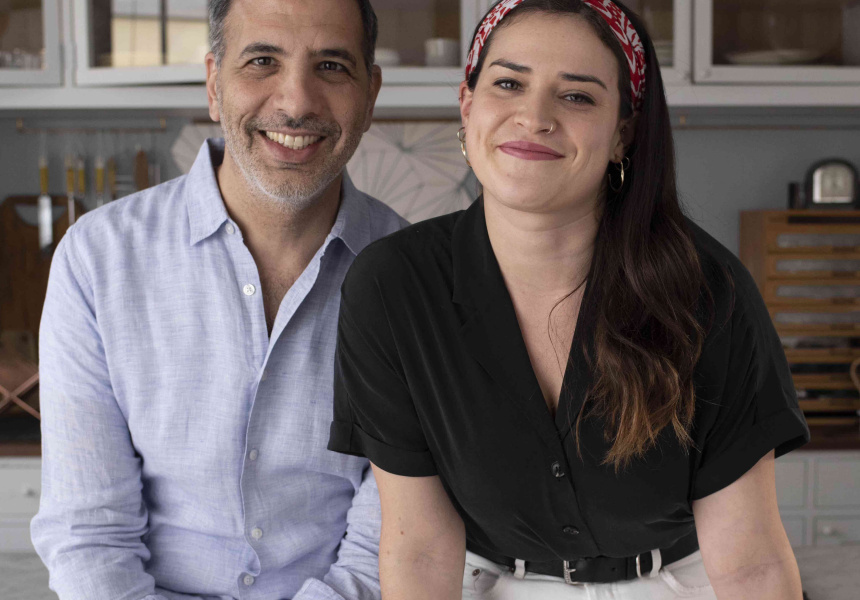 In the introduction to Yotam Ottolenghi’s Flavour cookbook, the beloved Jerusalem-born, London-based chef, author and restaurateur makes a confession. It’s a fairly big one, since he has been a major international force in the elevation of vegetables from side project to main act in cooking.

“I have never been shy about my love of vegetables. I have been singing the praises of cauliflowers, tomatoes, lemons and my old friend the mighty aubergine for over a decade,” he writes. “Still, in the spirit of openness, I must confess to a small niggling doubt that creeps in now and then: how many more ways are there to roast a cauliflower, to slice a tomato, to squeeze a lemon, to fry an aubergine?”

The answer, he says, is many, and his 2020 cookbook, co-written with chef and author Ixta Belfrage, proves it. Flavour includes a bunch of aubergine (or eggplant, as we tend to call it here) recipes, from eggplant dumplings alla parmigiana to a burnt-eggplant soup, spicy eggplant, steamed eggplant and this guy: stuffed eggplant.

“Both the aubergine slices and the lentil sauce can be prepared the day before, if you want to get ahead,” he writes. “In fact, you can make the whole dish a day ahead – up until before it goes into the oven, chill in the fridge and then just bring to room temperature before warming up. The coconut dal is a great recipe in its own right. Double it, if you like, and serve with our curry-crusted swede steaks and some rice.”

The eggplant rolls can be stuffed with either extra-firm tofu (especially if you want to make it vegan) or paneer, a fresh acid-set cheese sometimes called Indian cottage cheese. Ottolenghi prefers the second option because it soaks up the coconut sauce. You can buy it from supermarkets (get the soft variety, like ricotta, rather than the harder, more rubbery version) or you can easily make it.

“Only two ingredients – lemon and milk – are what it takes to make paneer at home,” the recipe says. “It’s an experiment worth trying (it certainly feels like conducting a chemistry experiment), both for a sense of achievement and for unrivalled freshness.”

Method:
Heat the oven to 220°C fan. In a large bowl, toss the aubergines together with the oil, 3⁄4 tsp of salt and a good grind of black pepper. Spread out on two parchment-lined baking trays and bake for 25 minutes, flipping halfway, until softened and lightly browned. Set aside to cool.

For the coconut dal, put 2 tablespoons of the oil into a large saute pan on a medium-high heat. Once hot, add the shallots and fry for 8 minutes, until golden. Add the ginger, half the chilli and half the curry leaves (if using), cook for 2 minutes, then add the spices, tomato paste and lentils.

Stir for a minute then add the coconut milk, 600ml of water and 3⁄4 tsp of salt. Bring to the boil, then reduce the heat to medium and leave to simmer for 20 minutes, stirring once in a while, until the lentils are soft and the sauce is thick. Pour into a medium baking dish, around 28cm by 18cm, if making the aubergine rolls, and set aside.

In a small bowl, toss together the paneer, lime zest, 1 tbsp of lime juice, mango pickle, the coriander and 1⁄8 tsp of salt.

Place a spinach leaf on top of each slice of aubergine. Put 1 heaped tsp of the paneer mixture in the middle, then roll up the aubergine, from the thinner end at the top down to the thicker bottom end, so the filling is encased. Put the aubergine roll seam-side down in the lentil sauce, and repeat with the remaining aubergine slices, spinach and paneer.

You should end up with about 18 rolls, all sitting snugly in the sauce. Press the rolls gently into the sauce, but not so far that they are submerged, and bake for 15–20 minutes, until the aubergine is golden brown on top and the sauce is bubbling. Remove from the oven and leave to rest for 5 minutes.

Heat the remaining oil in a small pan on a medium-high heat. Add the remaining chilli and curry leaves and fry for a minute, until the curry leaves are crisp and fragrant. Spoon over the aubergine rolls, drizzle over the lime juice and serve with the coriander sprinkled on top.

Extracted from Ottolenghi Flavour by Yotam Ottolenghi and Ixta Belfrage (Penguin Random House, $55). Photography by Jonathan Lovekin. You can buy it here.