When developing a one-off Chinese menu inspired by Disney’s new Mulan movie, celebrated chef Victor Liong knew he had to include one of his proudest and most daring creations. In partnership with Disney, he explains the dish’s story and how you can make it at home. 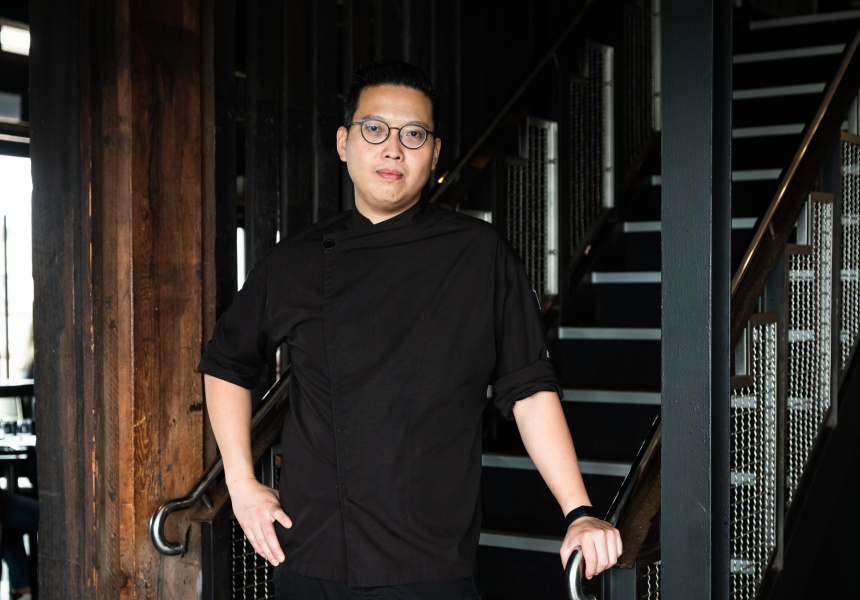 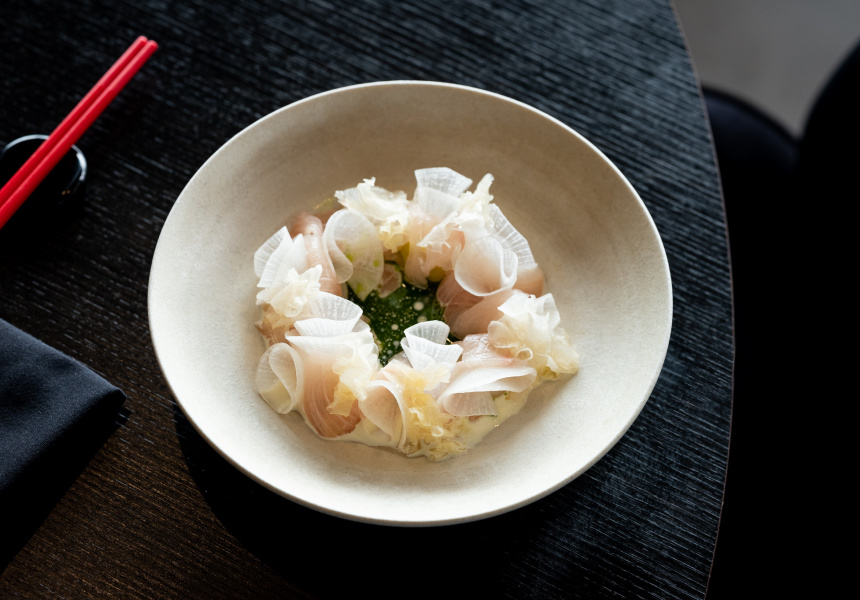 When Victor Liong first introduced a raw fish dish to the menu at Melbourne’s Lee Ho Fook, it was a bold move for a Chinese restaurant – even one as adventurous as his.

“Growing up, fish was never really served raw in a Chinese setting,” says Liong, “except for one celebratory dish served during the Chinese New Year. [But] cooking in Melbourne, in a context where people are exposed to different cultures, I thought it would be a natural fit.”

Six years later, the raw hiramasa kingfish with braised leek, cloud fungi, radish, white soy and ginger cream remains one of his signature dishes. So when Liong was asked to develop a Chinese recipe to celebrate the release of Disney’s Mulan (which you can catch on Disney+ with Premier Access from September 4) he quickly saw how the beloved dish related to the film’s key themes, ‘loyal, brave and true’.

“It was very brave for a Chinese restaurant to put on a raw kingfish [at the time],” he says. “And it’s served me really well: I feel loyal to the dish. And it’s still true to the source material: you break it all down and essentially it’s fish with ginger and spring onions. That’s a very classic Cantonese flavour profile that I grew up eating.”

Relocating from China to suburban Sydney when he was six, Liong and his siblings relished their mother’s traditional South Chinese and Cantonese cooking. His raw kingfish is a modern update of the steamed fish with ginger and spring onion that his mum often cooked for the family.

Liong, who divides his time between Lee Ho Fook and Sydney’s Chinese-Japanese gem Chuuka, jumped at the chance to pay homage to the new Mulan movie, directed by New Zealand filmmaker Niki Caro (Whale Rider) and boasting a cast full of Chinese and Asian talent and a story that directly ties into Chinese history.

“It’s that current conversation about representation,” says Liong. “I can relate: my kid sister used to love [1998’s] Mulan because it was a Chinese girl being really feisty, and my sister is exactly that. I think having a generation of people being able to see a relatable film that they can see themselves in is pretty important.”

As for the ingredients of the raw kingfish dish – which should be easy enough to track down between an Asian supermarket and a Western market or grocery – it all starts with the Hiramasa kingfish, a carefully cultivated farm fish from South Australia. Liong describes the dish as “a nice light starter” that’s perfect for sharing.

For the cloud fungi:

Method:
Rehydrate white fungi in cold water until soft and drain. Bring the 500ml of water to the boil with kombu, sugar and white soy, add rehydrated fungi, turn off heat and allow fungi to slowly soften. Once liquid is cool, remove fungi and allow to drain. Trim away the hard cores and use the tender frilly edges for garnish.

For the braised leeks:

Method:
Mix stock, kombu, salt and sugar, and bring to a simmer. Add leek whole and poach with a cartouche until tender but not falling apart (12 to 15 minutes). Cool and slice into 1cm rounds (there should be 3 to 4 slices per portion).

Method:
Marinate fish slices in white soy for 2 minutes, drain and set aside.

To serve, place rounds of leeks on the plate, layer kingfish and daikon in frilly curls to form a tight circle, and garnish with poached white fungi and a good amount of the dressing.