Produced by Broadsheet in partnership with Lavazza.

To make a great tiramisu, you need to get the coffee part right. In partnership with Lavazza, baking blogger and author Thalia Ho shares her levelled-up recipe for the perennial Italian dessert, with fresh-brewed espresso as the centrepiece. 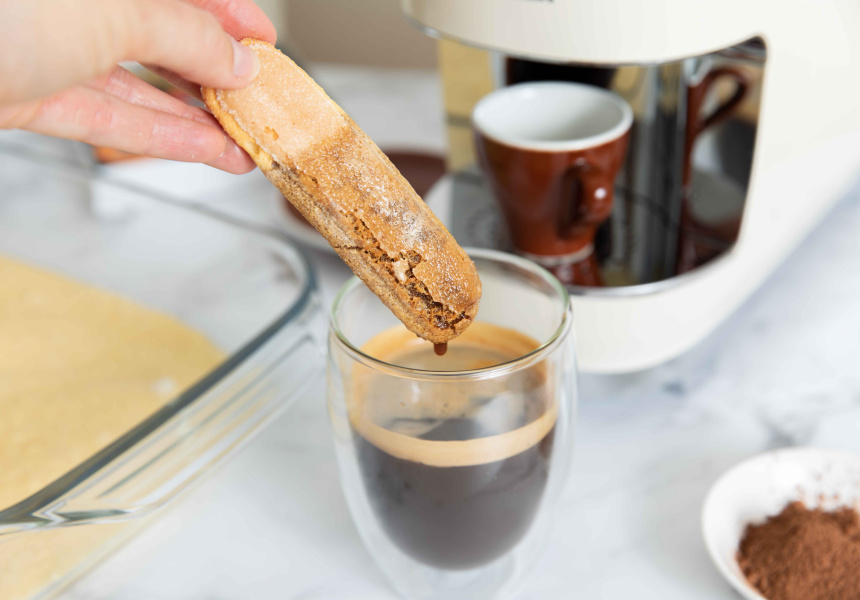 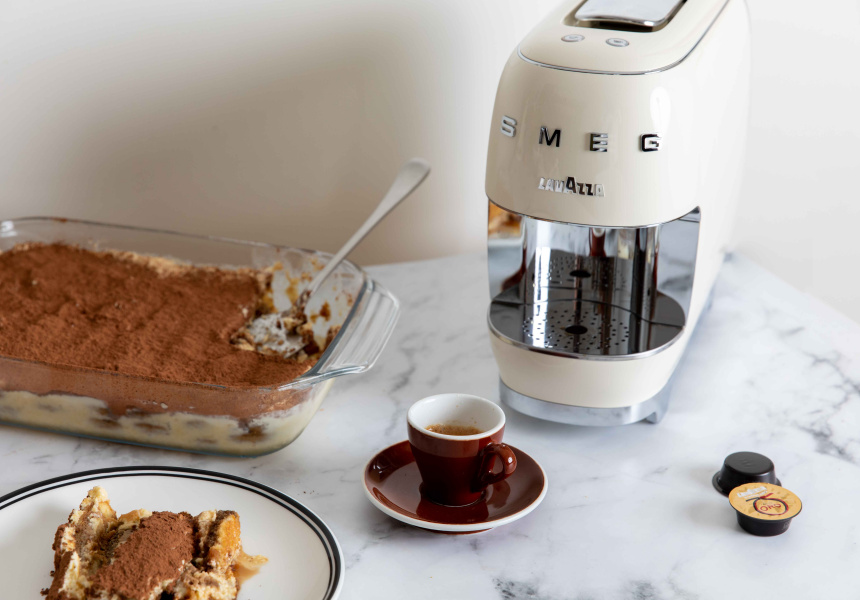 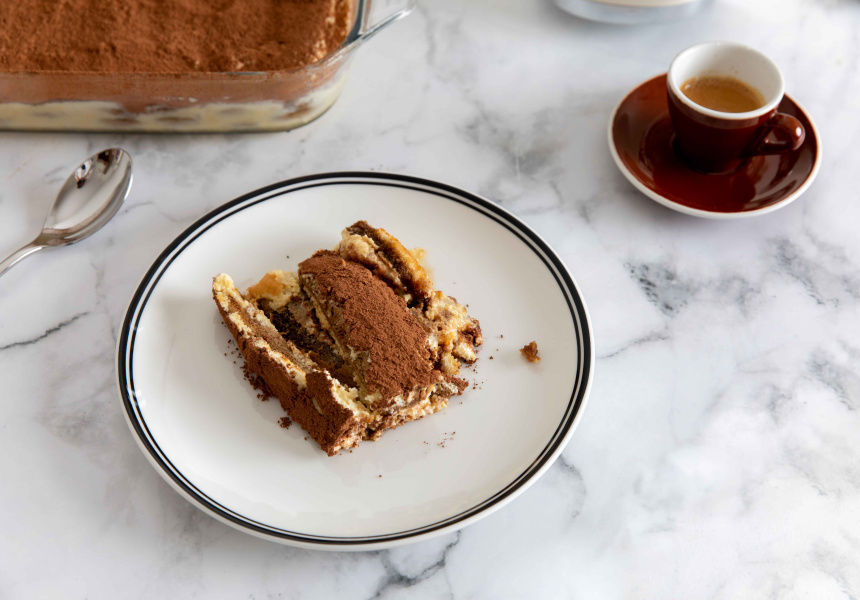 Coffee may be tiramisu’s key ingredient, but some iterations of the classic Italian dessert actually dilute that signature flavour to make the dish sweeter. That’s exactly what baking blogger Thalia Ho, who specialises in desserts that aren’t overwhelming sweet, wanted to avoid with her version.

“With such a simple dessert, there’s nowhere to hide,” she says of the dish, which marries creamy mascarpone with spongy biscuits soaked in coffee. “There are only a few ingredients, and everything has to hold its own.”

Ho developed a love of baking early and founded the award-winning blog Butter and Brioche while she was still a teenager. “Baking is something my grandparents do every day,” she says. “It influenced how I cook and how I see things. My life is very centred around food and sweetness.”

So it’s fitting that Ho, who splits her time between Brisbane and Sydney, should pay tribute to the down-to-earth side of sweetness with her début cookbook, Wild Sweetness, out in early 2021. Focused on sweets inspired by nature, the book is structured around the four seasons; the tiramisu recipe appears in the closing chapter ‘Smoke’ because of coffee’s smoky essence.

“Coffee is at the forefront, so I always make sure I start with really, really good coffee,” Ho says. “You can really taste the difference.” So when brewing the recipe’s fresh, strong espresso, an Italian-style coffee machine like the Lavazza A Modo Mio SMEG is a huge help.

Inspired by a tiramisu she tasted at an old-school trattoria in Florence, Italy, Ho’s recipe calls for dark rum rather than the more common marsala wine. She suggests using a smooth, cream-like mascarpone and Dutch processed cocoa powder, which is earthier and less sweet than other cocoa powder. The dish only takes half an hour to make, though you’ll need to chill it for at least six hours before eating it.

“It’s perfect for entertaining,” Ho says. “I love the generous aspect of it.”

Method
First make the cream. Put the mascarpone, cream, rum, egg yolks, vanilla and sugar in the bowl of a stand mixer with the whisk attachment. Whisk on medium speed until soft peaks have formed. (Or use a handheld whisk or beater.) You want it to retain a slight flow so it leaves a supple, almost ribbonlike trail when you drag your finger through it.

In a separate bowl, whisk the egg whites until soft but stable peaks have formed, being careful not to over-whisk them. With a gentle hand and a rubber spatula, fold a third into the mascarpone mixture until almost combined. Then fold in another third, followed by the last, until incorporated. Brew fresh, strong espresso using the Lavazza A Modo Mio SMEG.

To assemble, set out as many dishes as you’ll need, or use one large one. Coat the bases in a thin layer of the mascarpone cream. Swirl a Savoiardi biscuit in the espresso until soaked, then arrange it into the bottom of the dish. Repeat with enough biscuits to cover, then spread over a good amount of mascarpone cream, to coat. Form more layers in the same manner as above, until everything is used up. Chill for at least 6 hours (preferably overnight). Serve dusted in a thick layer of Dutch processed cocoa powder.

This article is produced by Broadsheet in partnership with Lavazza.

Produced by Broadsheet in partnership with Lavazza. Learn more about partner content on Broadsheet.