Produced by Broadsheet in partnership with Bumbu Rum Co. 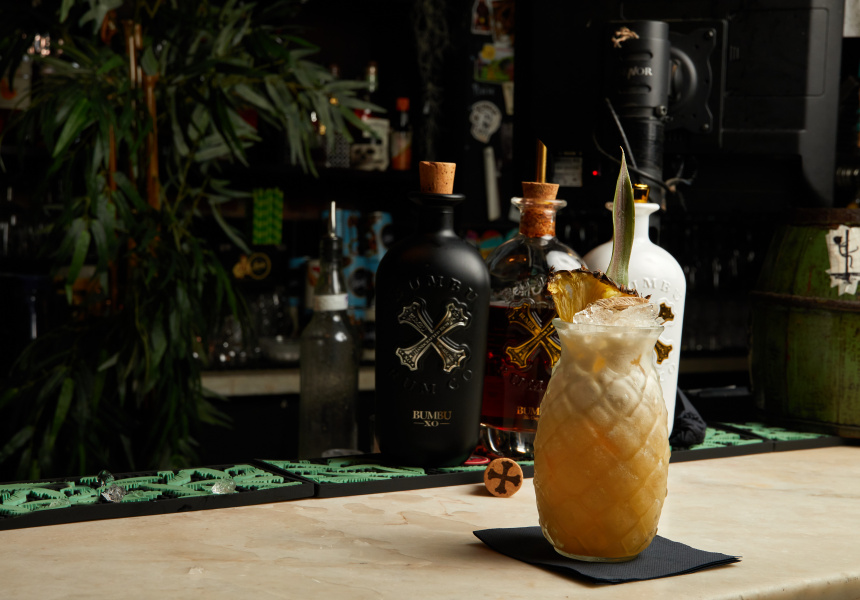 The Caribbean is synonymous with sun, sand and, of course, rum. Barbados, considered the original rum island, has a long association with the spirit, which is made from sugarcane molasses. Local Bajans distilled the first rum more than 400 years ago and have been refining the process ever since.

Some modern distillers – such as Bumbu Rum Company – produce rum from a blend of sugarcane sourced from across the region. “It means you get different flavour profiles from all around the Caribbean,” says Jacob Goss, co-owner of The Rum Diary Bar in Fitzroy and Newcastle.

Bumbu Original rum, with its natural sweetness, makes it a good “gateway” spirit for people who don’t consider themselves rum drinkers, says Goss. “It’s really sweet on the palate, which makes it approachable for customers who aren’t too hot on dark spirits. In Rum Diary, we get a lot of customers who want to drink a gin and tonic or vodka and soda – which is fine, we don’t judge – but when they decide they want to dive into dark spirits, we like to use this rum. It’s so smooth, it’s easy to drink.”

Particularly prominent are notes of vanilla and banana, the latter serving as inspiration for Rum Diary’s Hakuna Banana cocktail. A take on the classic Pina Colada – one of the few cocktails everyone knows, Goss says – the Hakuna Banana is a riot of tropical flavours that’s just the ticket for summer entertaining.

Unlike the Pina Colada, the Hakuna Banana is a vegan cocktail. “Traditionally, Pina Coladas have cream in them,” notes Goss, but the Hakuna Banana uses a dairy-free coconut mix made from boiling down coconut cream and sugar, which is then shaken with rum, fresh pineapple juice and “some fresh lime to tone down the sweetness”, before being strained over ice.

It’s a cocktail well suited to some kitschy styling. At Rum Diary, the Hakuna Banana comes served in a pineapple-shaped glass, garnished with pineapple fronds and dehydrated candied banana, made in-house.

For those keen to add the Hakuna Banana to their home cocktail-bar repertoire, Goss suggests investing in basic cocktail equipment such as the shaker and strainer required in this recipe, so you don’t have to hunt around in your kitchen cupboard for substitutes. “It’s not expensive,” he says. “You can use home stuff to get the job done, but it is a little bit harder.”

Method:
Prepare the cream ahead of time. Mix coconut cream, sugar and a pinch of salt in a saucepan. Dissolve the sugar in the liquid over low heat. Chill.

Mix 30ml of chilled cream with the rest of the ingredients in a cocktail shaker and double strain over fresh ice into pineapple-shaped glass (or any tall glass). Garnish with pineapple leaf and dehydrated candied banana.

This article is produced by Broadsheet in partnership with Bumbu Original, an award-winning rum made from all-natural ingredients.

Produced by Broadsheet in partnership with Bumbu Rum Co. Learn more about partner content on Broadsheet.