A simple, produce-driven recipe from one of South Australia’s best winery restaurants. 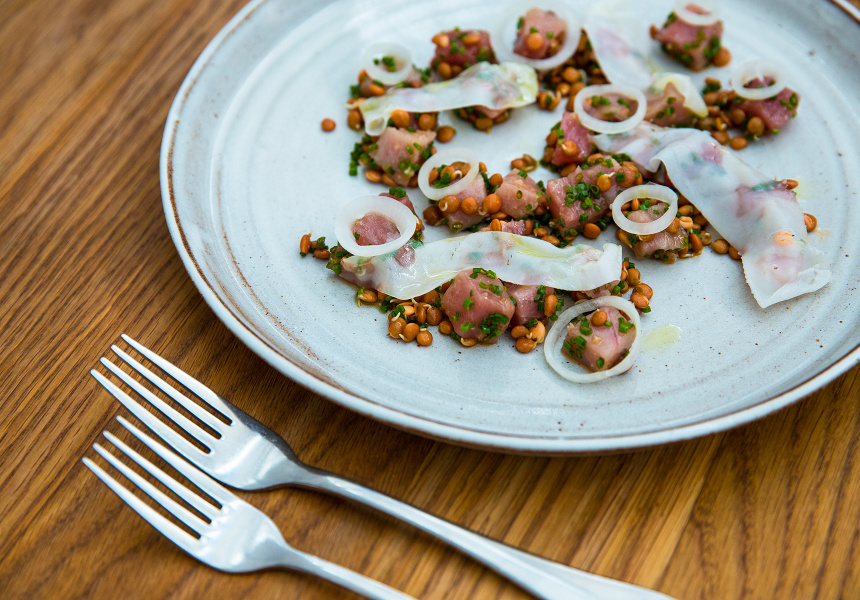 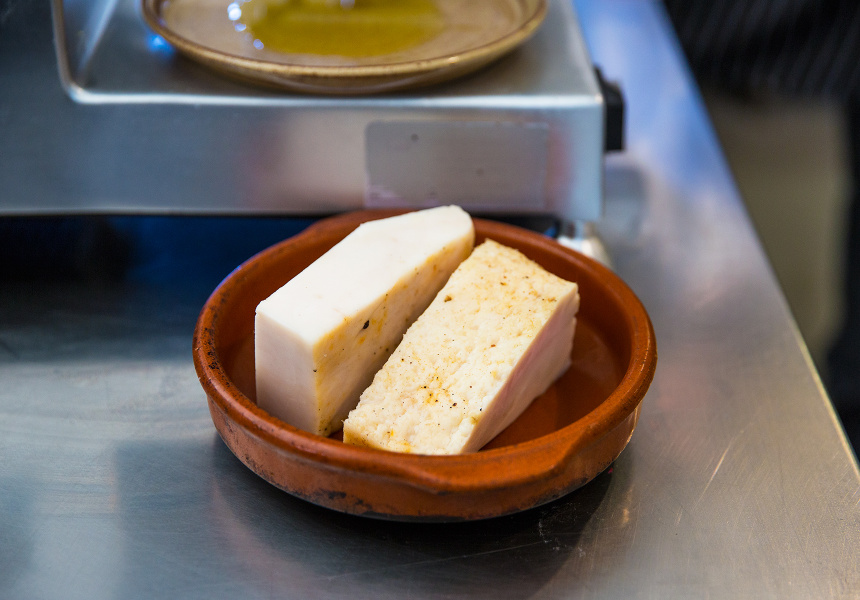 “This is a very simple recipe which relies on a perfect balance of seasoning and the best possible produce,” says Fino’s head chef Sam Smith.

His Southern bluefin tuna with sprouted red lentils, thinly sliced lardo and fiery chilli oil is the ideal starter for your next dinner party. There’s no cooking involved. Instead, it lets the ingredients speak for themselves.

Smith uses single origin red lentils, grown on the Yorke Peninsula and sourced from SA supplier Dirty Inc. “Sprouting is a great alternative to cooked lentils as they stay sweet, nutty and crunchy,” says Smith. “The lentils give the dish freshness and texture.”

The white strips of lardo (an Italian salumi made from sliced, cured fatback) comes from Boston Bay Smallgoods on the Eyre Peninsula. “They farm free range black pigs near Port Lincoln,” says Smith. But “you can source lardo from most Italian butchers or providores. Ask for it sliced as thinly as possible.”

The Southern bluefin tuna is fished from Port Lincoln waters. Smith prefers the belly for its high fat content, “but the loin is also appropriate,” he says. In the warmer months he substitutes tuna for kingfish.

The simple and fresh dish is then topped with thinly sliced pickled onions. “I preserve small salad onions in olive oil through summer, when they are at their best,” says Smith. “If you can’t find them preserved in oil then vinegar is fine, just toss them through a little olive oil to balance the acid.”

To sprout the lentils
You need to allow two or three days. Wash and then soak the lentils overnight in plenty of water. Rinse well and lay on a damp cloth or kitchen paper. Lay another damp cloth over the top. Set aside in a cool dark place and leave for a couple of days.

Rinse lentils and change the cloth each morning and evening. The lentils are ready when they crack open and a little white sprout starts to appear.

For the chilli oil
This is best started the night before as the oil needs time to filter.

Blend the chilli and oil in a high-speed blender until smooth. Pour into a sieve lined with filter paper or a cloth and set over a bowl. Set aside. The chilli oil will keep well and can be prepared a long time in advance.

To assemble
With a sharp knife, clean and dice the tuna into roughly a 1cm cubes. Mix with chives and roughly 2 tablespoons of sprouted lentils. Add the chilli oil and salt flakes to taste.

Spread the tuna around your serving plate or plates. Lay the slices of lardo over the top and garnish with the pickled onions.