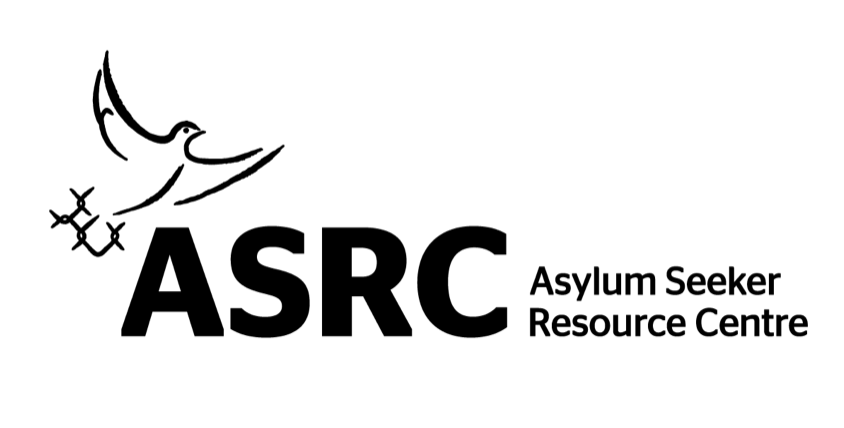 This article is produced by Broadsheet in partnership with Asylum Seeker Resource Centre.

Mahshid is a cooking instructor who fled Iran to seek safety in Australia. In partnership with ASRC, we speak to her about her experience, the nuances of Persian cooking, and the recipe she’s shared for this year’s Feast for Freedom event. 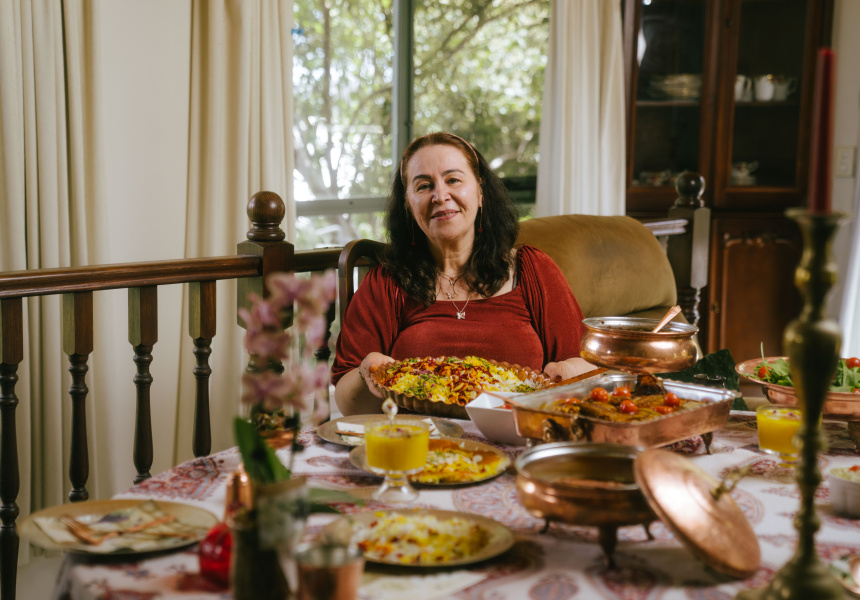 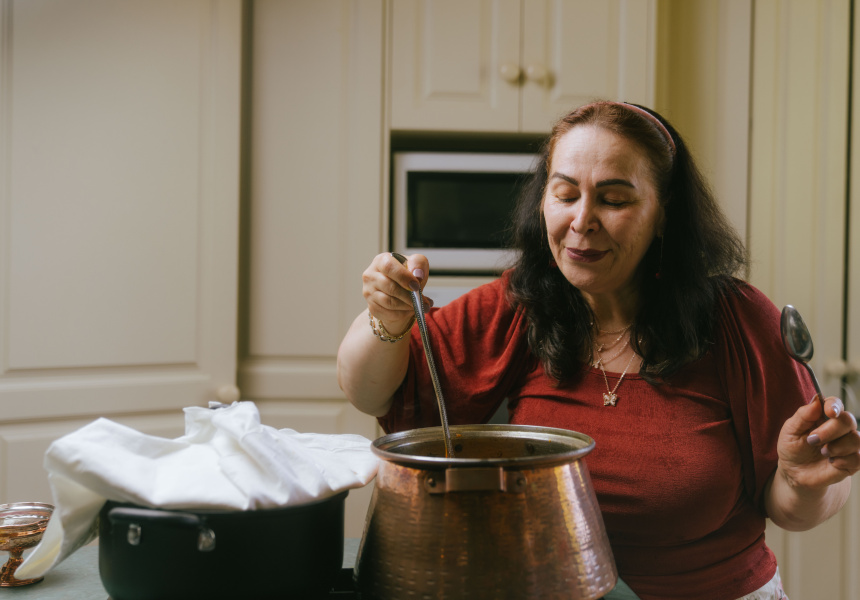 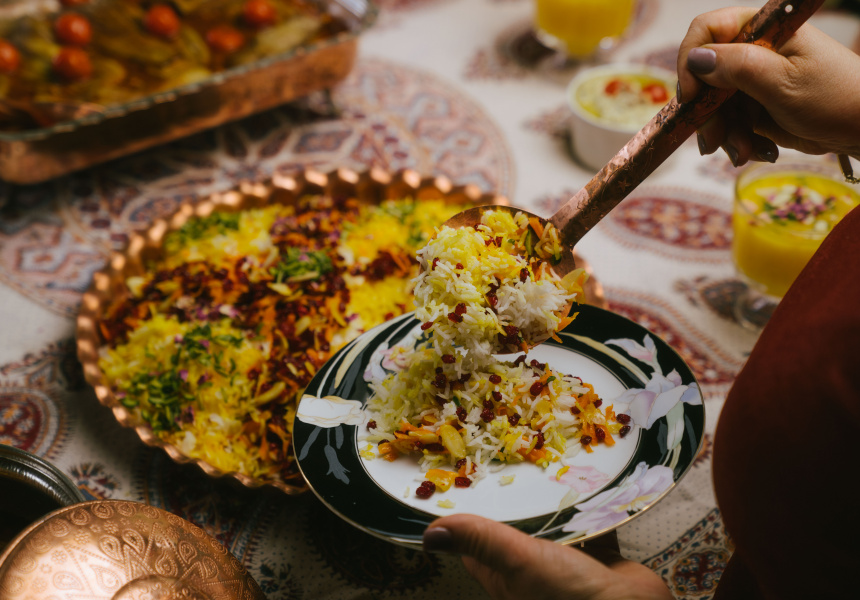 Originally from Iran, Mahshid was one of more than 20,000 people who made the perilous journey to Australian shores by boat that year. “I was very lucky,” she says. “I was only in the detention centre for 45 days.”

Once freed from detention, Mahshid made a home in Melbourne. She says even though she spoke English, she found it hard to communicate in the early days of her life in Australia. But that experience inspired her to start House of Asylum Seekers, a group that helps newly arrived migrants and people seeking asylum settle into their new lives. “The group started with 15 people and ended up with 2000 people now,” she says.

In Iran, Mahshid had worked as an interpreter, translator and writer. But she lacked the necessary accreditation to work in her profession in Australia. Needing a way to support herself financially, she settled on teaching cooking classes.

Mahshid says cooking was one of the skills that girls of her generation were expected to learn before they got married. She learned the art of Persian cooking from her aunt, who demonstrated how cooking could be used to express love as well as culture.

Mahshid has contributed five of her favourite recipes to the ASRC’s annual Feast for Freedom. Running March 25–27, it’s a community fundraising event that encourages people around Australia to host dinners in their homes or workplaces and cooking recipes provided by refugees. Registered hosts will receive a recipe book and a personalised fundraising page for their feast, and all donations go directly to the ASRC to fund programs and frontline services that help provide support with essentials such as food, housing, medical care, education and employment.

One of the recipes Mahshid shared this year is Gheymeh Bademjan, a traditional Persian stew of spiced eggplant with lamb and yellow split lentils, often served at celebrations marking religious festivals. Mahshid says it’s one of the most popular dishes in her cooking classes. “Students always like it.”

Persian cuisine is famous for its use of spices like saffron – “always the hero ingredient,” says Mahshid – as well as turmeric, cinnamon and nigella seeds. “The spices we use in Persian food are not hot – they give flavour to the food,” she says.

Mahshid says many people avoid eggplant because it absorbs too much oil. She fixes this problem by peeling the eggplant and brushing it with yoghurt. Then let the yoghurt sink in for a couple of minutes before frying it. “This way, the eggplant will not absorb as much as oil as it usually does when you fry it,” she says.

To accompany the stew is Persian jewelled rice, a classic dish featuring saffron, barberries, almonds and pistachios. “If you’re invited to any formal ceremony among Persian people, they’ll always have jewelled rice on the table,” Mahshid says.

Mahshid has a tip for working with saffron for anyone who is cooking Persian food at home. “Many people, even famous chefs, use saffron as it is in the food, which is wrong,” she says. “Because saffron is very expensive, you need to get the most out of it. Smash the saffron to a powder … put a few ice cubes on top and let the ice melt. This way, you get the most colour and flavour out of the saffron and the best value for your money.”

She says cooking sparks meaningful conversations about people seeking asylum and their stories with her students. “In every class that I have, not only do I focus on teaching people how they can cook Middle Eastern food, especially Persian food, I also use my time to introduce everything about asylum seekers and the issues they have and how they struggle in a new country.”

Here's how to make Mahshid’s gheymeh bademjan at home. Register at Feast for Freedom to access other refugee cook’s recipes.

Method:
Heat 100ml of oil in a large frying pan over medium-high heat. Brush the eggplant slices with the egg white and gently lower into the hot oil. Fry until golden on both sides. Drain on absorbent paper. Note: if you don’t have a big enough pan, you may need to fry the eggplant in batches. If so, portion the oil accordingly.

Using the same pan, place tomato halves, cut side down and cook for 1-2 minutes. Set aside with eggplant slices.

Bring a small pot of water to boil. Add in split peas and simmer for 20 minutes or until tender. Drain and rinse with cold water then set aside.

Heat remaining oil in a large heavy based pot over medium-high heat. Sear off lamb pieces until golden brown. Lower heat, add onion and cook for 2 minutes. Add tomato paste, turmeric, black pepper, salt and the saffron along with warm water. Stir gently and bring to a simmer. Turn down the heat to low and cook stew for approximately 45 minutes to an hour or until the lamb is tender and the liquid has reduced.

This article is produced by Broadsheet in partnership with the Asylum Seeker Resource Centre. Find more recipes at Feast for Freedom and register to host a dinner in your home or workplace to help raise support for food, housing, medical care, education and employment.

This article is produced by Broadsheet in partnership with Asylum Seeker Resource Centre. Learn more about our media partnerships here