You could cure your own mullet roe for two months for bottarga and make your own spaghetti for this recipe. But it’s just as good with store-bought bottarga and packet pasta. 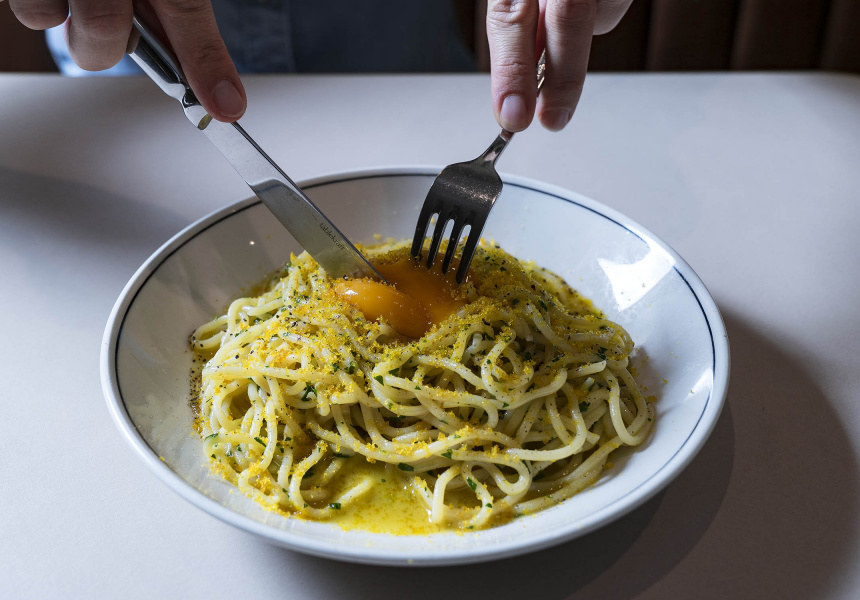 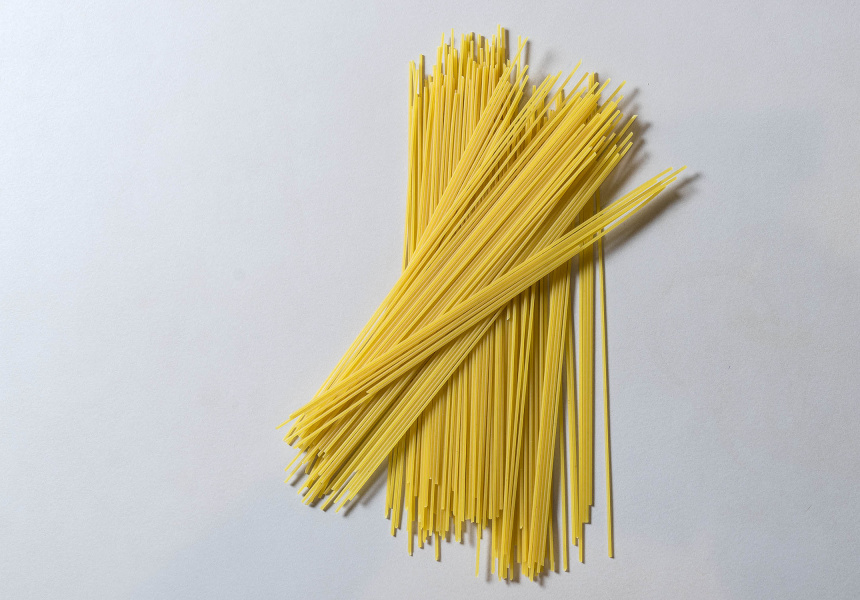 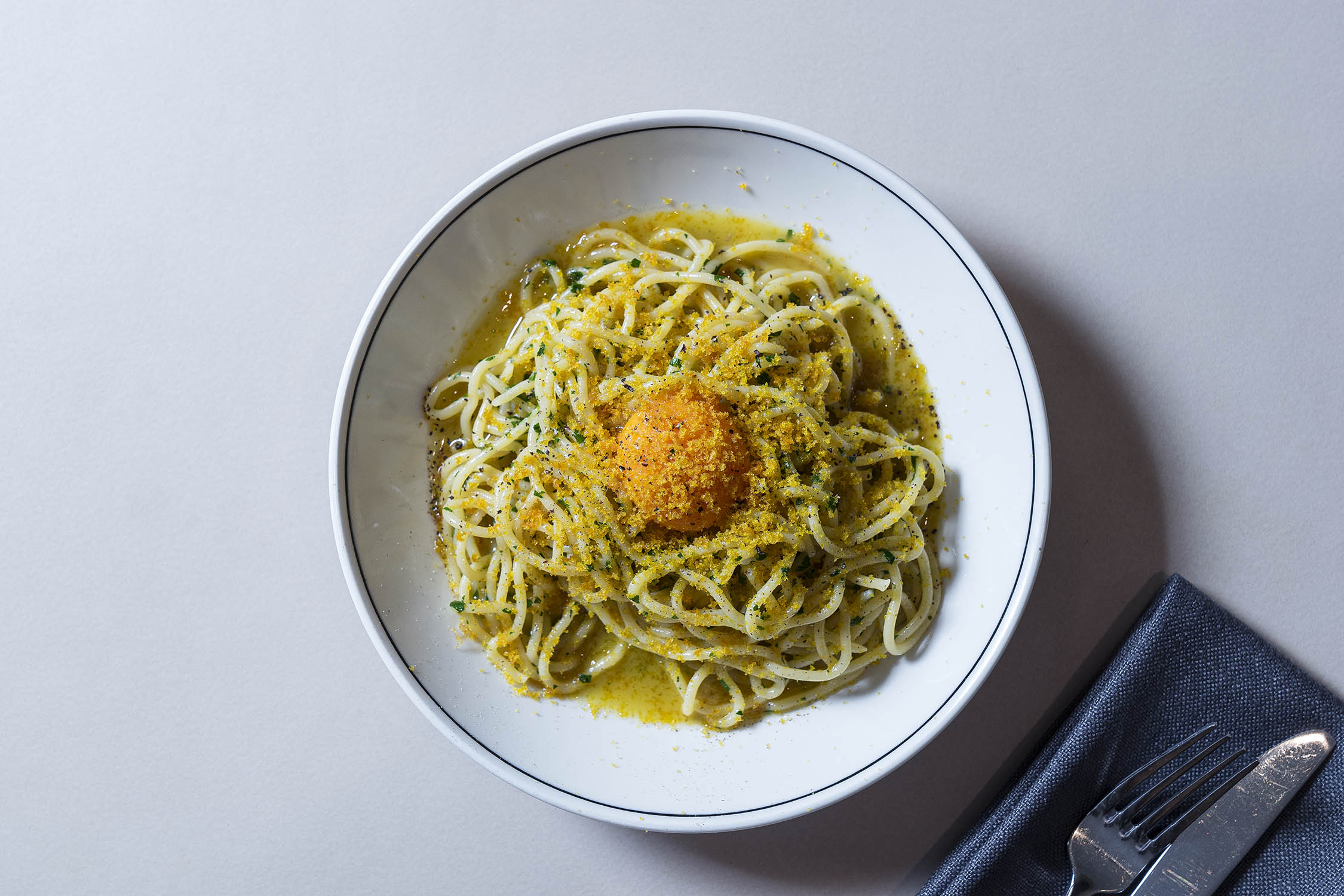 Squirrelled down a laneway in Sydney’s CBD is Ragazzi, an Italian diner and wine bar that opened last year. It’s from the crew behind excellent bars Love, Tilly Devine and Dear Sainte Eloise, who have combined their wine knowledge with the pasta prowess of Scott McComas-Williams (ex-MoVida, Bacco Osteria).

At Ragazzi, there’s an ever-revolving menu of house-made pasta pulled from various Italian regions – it might include cacio e pepe (pepper and pecorino Romano spaghetti) one day, and sfoglia lorda (small ravioli) in broth the next. This recipe is McComas-Williams’s take on a Sardinian classic.

“If you feel the urge to invest two months into this recipe and cure your own mullet roe [for the bottarga], go for it. But it’s not hard to find really good Aussie bottarga these days in specialty grocery stores, as well as the imported Sardinian equivalents. The Pilu gear is excellent and Salumi Australia does a quality product, too,” he says. “The bottarga will come as a whole piece, so you’ll have a bit left over for using later but it keeps for ages. Similarly, using your favourite dried spaghetti is a fine option if you can’t make it yourself.”

Method:
Bring a large pot of water to the boil. Once boiled, cook spaghetti for 8 minutes.

While the pasta is cooking, warm the oil in a large pan over medium heat and add your garlic and chilli (the pan should be big enough to fit all the cooked pasta). Let them cook for a couple of minutes to infuse the oil before discarding the garlic and chilli, leaving the oil in the pan.

Carefully add the stock and wine, turn heat to high and bring to a boil. Using tongs, pull the pasta out of the water and add straight to the pan, allowing a little of the cooking water to join the sauce. Give the pan a toss, or use your tongs to swirl the spaghetti through the sauce.

Add your chopped herbs and, using a microplane, grate some of the bottarga (around 30g) into the sauce. Add the soy and a couple of good pinches of sea salt, then add your butter and toss again. The sauce should start to thicken up and coat the spaghetti. When the sauce is almost there, remove from the heat, toss again and add a squeeze of lemon juice.

Plate the pasta across four bowls and pop an egg yolk on top of each dish. Finish with a healthy grating of bottarga and a good whack of freshly cracked black pepper. 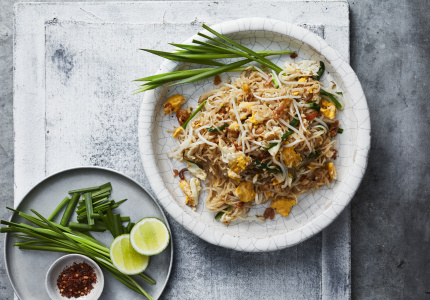 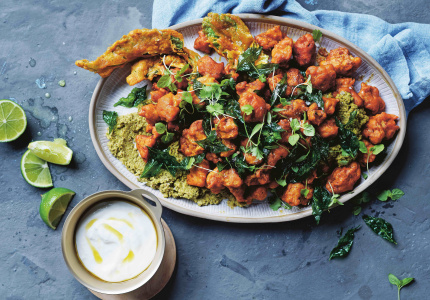