On the table in 40 minutes, and the butter is also great with meats or even as a sauce to pasta. 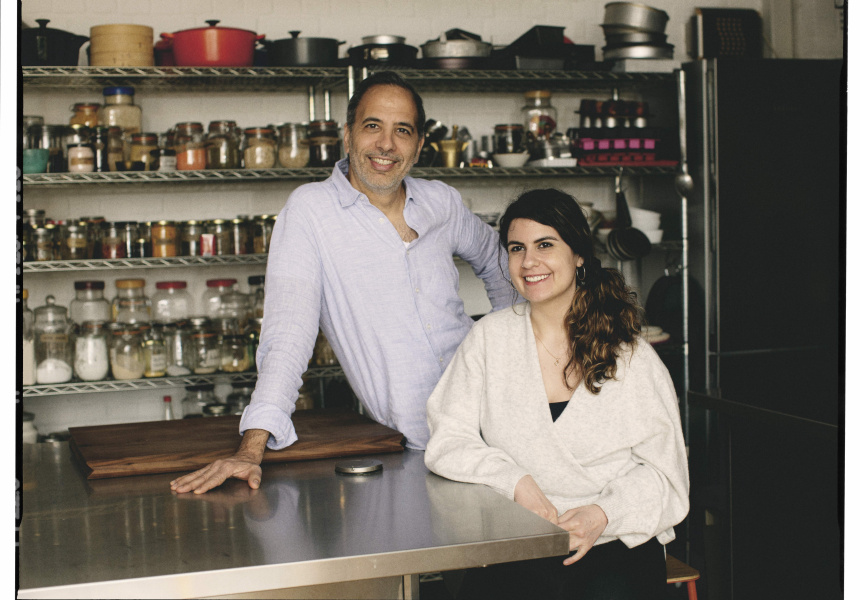 Cut into thick ribbons and grilled on the barbeque, sliced and stirred raw through salads or cut chunky and roasted in the oven – zucchini is a quick and easy summer vegetable go-to.

Israeli-born British chef Yotam Ottolenghi and Noor Murad are huge fans of the versatile veggie, and this on-the-table-in-40-minutes recipe is inspired by kousa b’laban, a Levantine dish of stuffed baby marrow cooked in yoghurt. It comes from a cookbook by the Ottolenghi Test Kitchen, Shelf Love, which Ottolenghi wrote with Noor Murad.

The Test Kitchen is where Ottolenghi works on his column for the Guardian, as well as cookbooks and TV shows. Murad joined the team in 2016.

It's not a hard dish but they write in its introduction, “there’s a bit of an art to cooking yoghurt without having it curdle. Stabilisers such as cornflour and egg yolk tend to do the trick, as does cooking the yoghurt on a moderate heat, stirring continuously and gently warming through without boiling”.

It’s worth the effort, they say. “A silky-smooth and tangy sauce, great for these courgettes [zucchini] but also with other grilled veggies, fatty meats or even as a sauce to pasta.”

Method:
Preheat the oven to a high grill setting. Put the butter and saffron into a small saucepan on a medium heat. When the butter has melted, set aside to infuse.

Place the courgettes on a parchment-lined baking tray and toss with 2 tbsp of oil, ⅓ tsp of salt and a good grind of pepper. Arrange them cut side up and grill for 15–20 minutes, until nicely charred and softened.

Towards the last 10 minutes of grilling time, make the sauce. In a large bowl, whisk together the cornflour and water until smooth, then add the yoghurt, garlic, dried mint, the remaining oil and salt. Whisk to combine, then transfer to a large, non-stick sauté pan on a medium heat. Cook, stirring continuously, for about 10 minutes, or until thickened slightly and warmed through. Do not let the sauce boil, or it will split.

Transfer the warm yoghurt sauce to a plate with a lip and top with the courgettes, grilled side up. Spoon over the saffron butter, then sprinkle with the coriander seeds and mint leaves. Squeeze over the lemon half and serve right away.

This is an extracted Ottolenghi Test Kitchen: Shelf Love by Noor Murad and Yotam Ottolenghi, Ebury Press, $49.99. You can purchase it here.