Winter comforts need not be basic. In partnership with James Squire, we find out how to elevate the humble mulled cider. 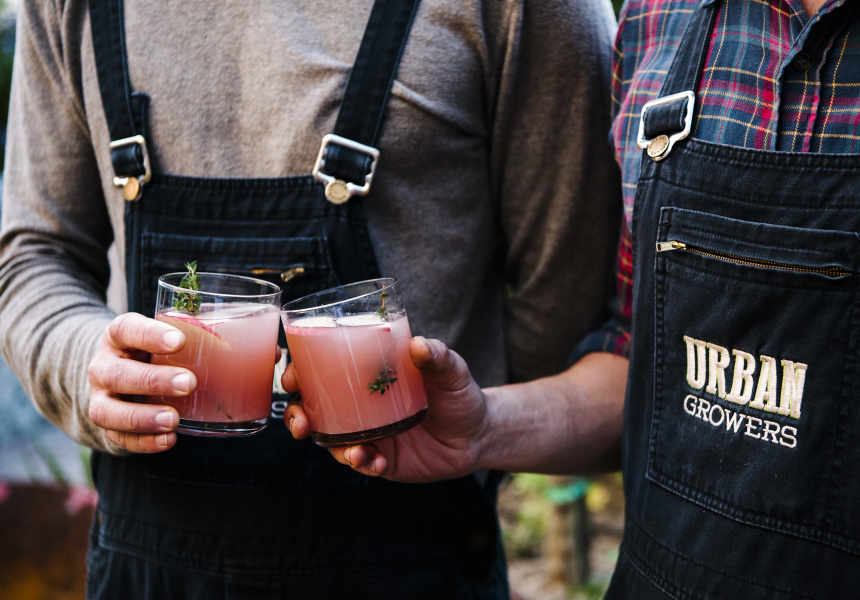 Byron Smith runs Urban Growers, a Sydney-based company that helps create edible gardens in the inner city for homes, residential projects and businesses. His partner Tess Robinson runs Smack Bang Designs, which helps build brands. Together the creative couple is behind a new book, Slow Down and Grow Something. The 240-page guide pairs Robinson’s wholesome recipes with Smith’s tips on how to grow the ingredients. Between the two of them it’s safe to say they have this whole home garden-to-plate thing covered.

“He grows things, I cook them,” says Robinson of the fruitful partnership. While Smith maintains the gardens of inner-city cafes like Three Blue Ducks and Kitchen by Mike, the couple also tend to their own plantings at home on the NSW’s fecund south coast. “We spend nearly every weekend in the garden. We enjoy the satisfaction of eating something that we’ve grown – the taste is second to none.”

Robinson’s recipes are led by what she finds in the garden. “A lot of my time in the kitchen is trial and error based on being resourceful,” she says. “We experiment and sometimes you find a winner. Often there’s not a lot of rhyme or reason.”

That approach extends to drinks, particularly of the winter variety. When making a mulled cider for winter using fresh garden ingredients, Robinson says it first and foremost has to be interesting. Ideally a concoction of a traditional cloudy cider, such as James Squire Orchard Crush with its broad clean palate and crisp finish, and spices, citrus and a sweetener, Robinson’s twist uses three ingredients from her own garden – pomegranate, honey and thyme.

“We’ve had a lot of success growing pomegranate ourselves,” says Robinson. “If we have a prolific pomegranate season we’ll freeze the seeds and then use them all year round.”

Honey is a staple for the pair at home, as is citrus. “I think every recipe needs that acidic balance,” says Robinson. “Citrus is a great plant to grow in any urban environment because you use it a lot and it copes well.”

Thyme is another one that’s easy to grow at home. “Because it’s so hardy you can let it do its thing,” she says. “The apple and the thyme together in this cider is quite earthy – almost like wine but more refreshing.”

Just make sure your ingredients are fresh. “Smell everything,” says Robinson. “You don’t know how long it’s been sitting there. Generally the scent of something dictates how ripe or in season it is.”

There’s also an art to how long to leave your mulled cider between making it and serving it.

I feel like there’s a two-, three-hour window where it’s quite vibrant,” says Robinson. “It’s best when the fruit’s still robust.”

Here’s how to make Robinson’s mulled cider with pomegranate and thyme at home. 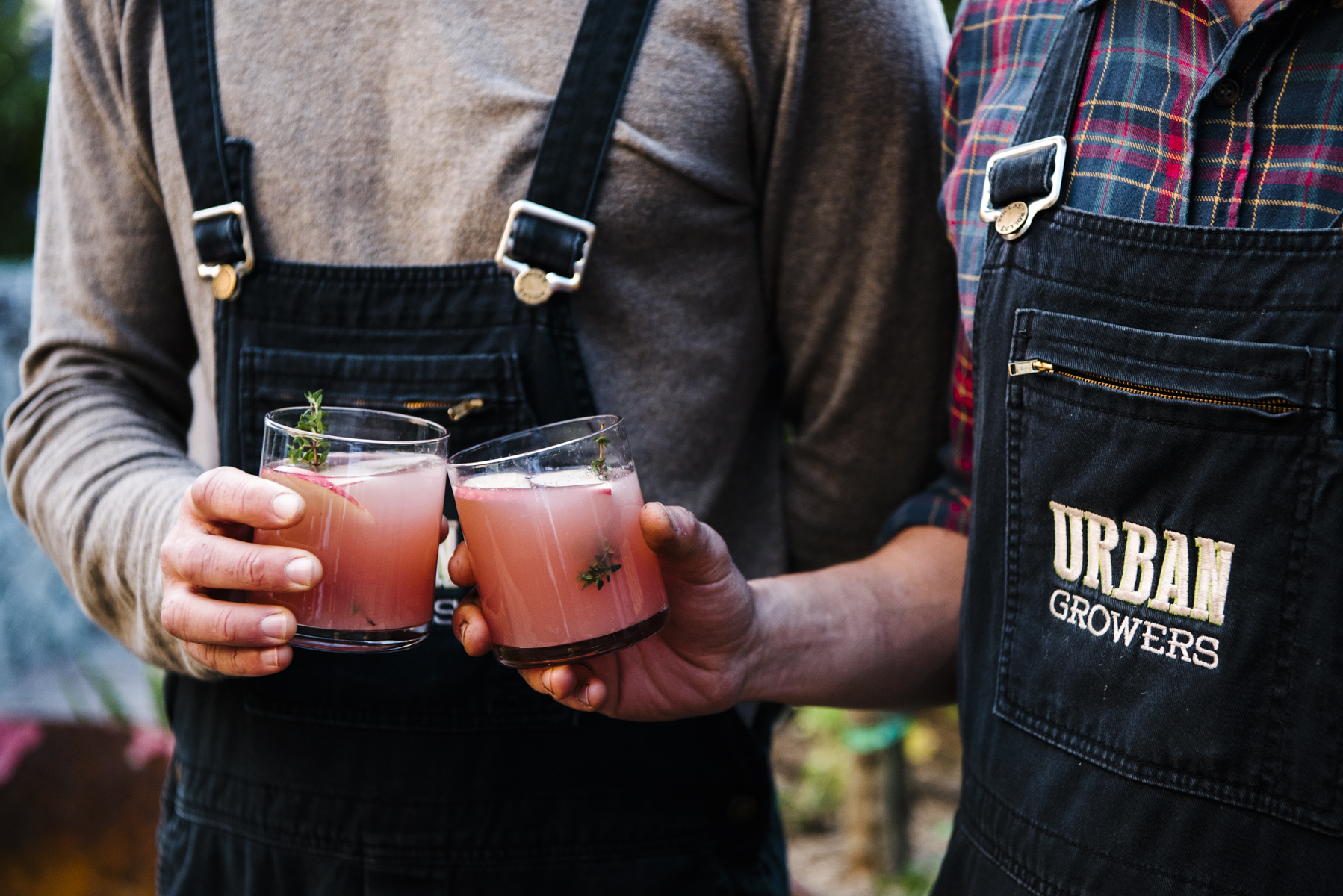 Method
Pour the pomegranate seeds into a high-speed blender or food processor and puree until the pomegranates have a smoothie-like consistency. Strain through a fine mesh sieve.

Pour the strained juice and remaining ingredients into a saucepan. Put on low heat and leave for at least 2 hours. Strain into glasses and garnish with remaining sprigs of rosemary and apple slices.