The modern Asian restaurant uses this super-simple togarashi on a fried-chicken chop with barbeque sauce – but you can just as easily dust it over rice, chips or whatever you desire. Make it in one pan in just 25 minutes. 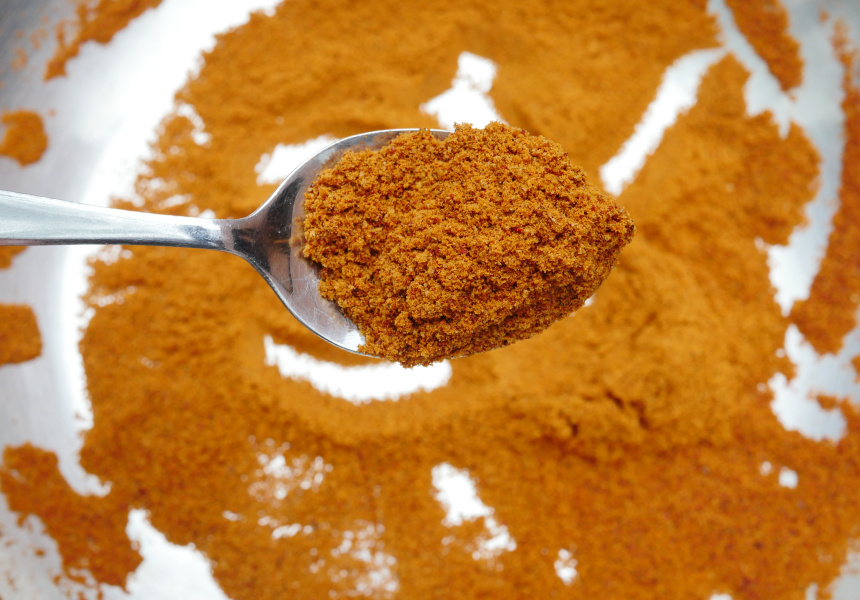 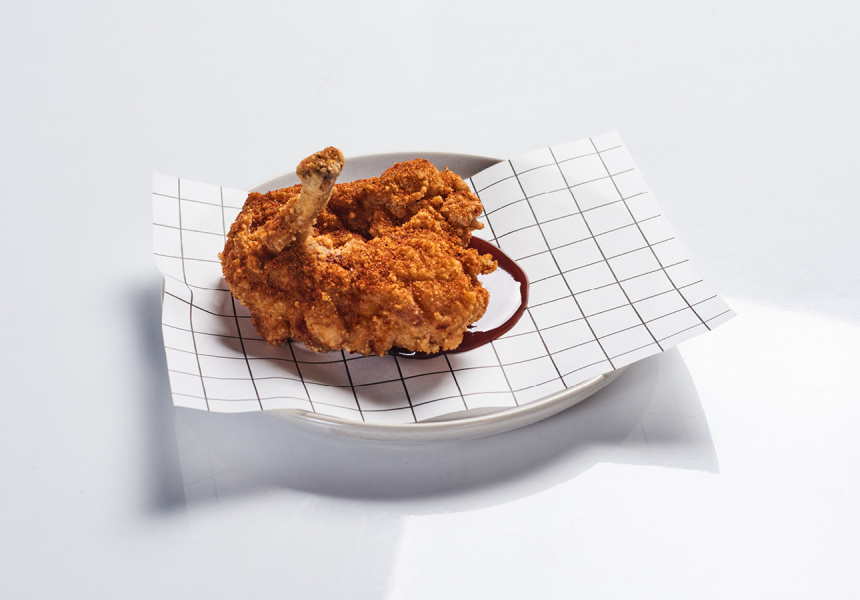 I’ve made no secret of how much I love(d) the popcorn chicken with white pepper togarashi from Melbourne’s Lagoon Dining. It’s no longer on the menu, but the Japanese-inspired seasoning that gave it its oomph is still being used on a fried-chicken chop served with barbeque sauce (my thoughts on it TBA).

The modern Asian restaurant in Carlton – from Ned Trumble, Keat Lee and Chris Lerch – uses white pepper and fried garlic on its menu with abandon, and both make appearances in this simple recipe alongside Korean gochugaru chilli powder and Sichuan peppercorns. “It’s extremely flavoursome and moreish, with a little funk and a lot of heat – just how we like it,” Trumble says.

Aside from the restaurant’s chicken chop, the trio say they use the seasoning at home too. They suggest sprinkling it on a bowl of freshly steamed rice topped with a soft-boiled egg and a few spring onion rounds, or adding a dash to soups and noodles for a bit of kick.

“A late-night mie goreng after work benefits exponentially from a sprinkling of this stuff, plus a fried egg and piece of cucumber,” he says.

You create the spice mix all one pan (and your food processor) for easy clean-up. Two tips: don’t skip toasting the spices, and make sure you toast each one individually rather than together.

“[It] results in a more aromatic and delicious product … The best way to do this is to toast the spices separately, as they all roast at different paces,” Trumble says. “But if you’re in a pinch and need some spice mix stat, you can toast them off together – if you’re very careful and assiduously toss the pan for an even toasting.”

Method
Toast the white peppercorns, gochugaru and Sichuan peppercorns separately in a pan over low to medium heat, until fragrant. Allow to cool.

Combine with sugar, flaked salt and fried garlic, then blitz in a food processor until fine. Option to sift the mix to get rid of chunks.

The togarashi will keep for three months in an airtight container.