From the second cookbook by the pioneering scale-to-tail chef, this bad boy will make you fall in love with fish burgers (if you aren’t a fan already). It includes a recipe for a zingy fermented hot sauce, too. 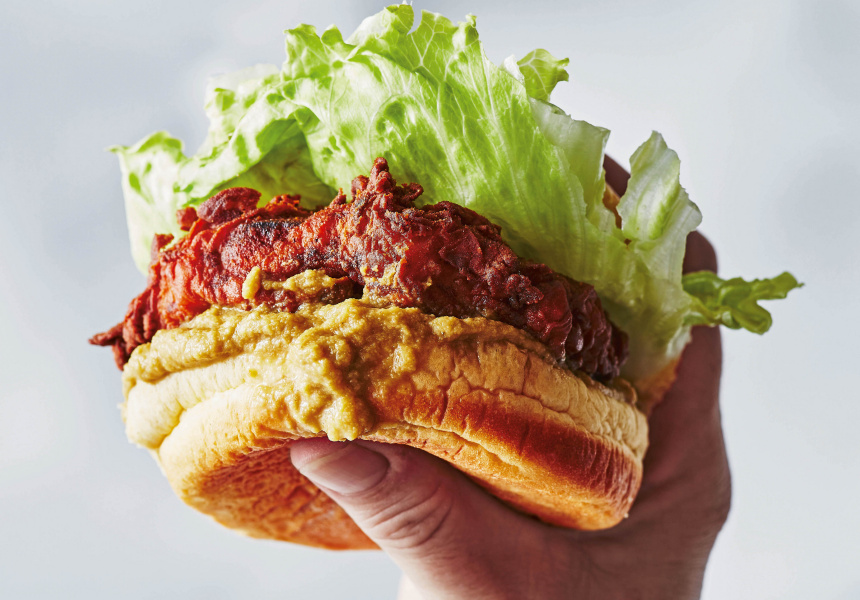 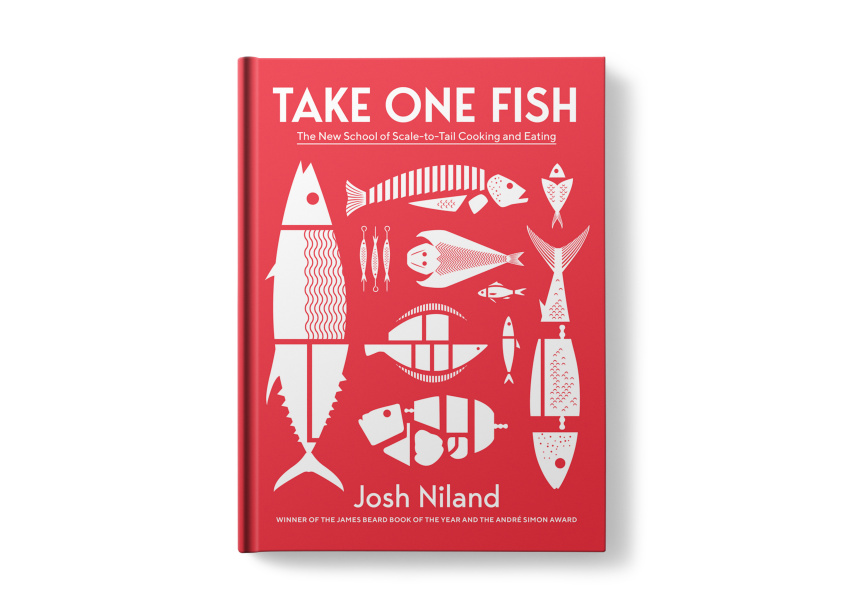 Sydney’s Josh Niland, of famed diner Saint Peter and the pioneering Fish Butchery, says you can add whatever you like to this burger, but he prefers to keep things simple. “You could add a multitude of other garnishes, but I find too many ingredients make for a chaotic burger and take away from the quality of the fish,” he writes of this recipe in his insightful new book, Take One Fish: The New School of Scale-to-Tail Cooking and Eating.

He also says that, while fried-fish burgers aren’t new, the cut he uses to make this version isn’t often used. He’s chosen marinated fish collars (“it offers something a little different and adds a huge burst of flavour”) because they’re inexpensive and tasty – but they also emphasise his career mission of showing the world there’s much more to a fish than its two fillets.

“There is a minimum of 90 per cent delicious potential in each and every fish in good condition, a number that represents nearly double the commonly accepted yield. What does that mean? Well, ultimately, for every fish caught we can generate the yield of two. So, one less fish is caught, effectively doubling the output of fish for the world,” he writes in the new book.

He’s been arguing for years that there’s just too much unnecessary fish wastage right across the globe. “It is an increasingly pressing problem, without easy solutions. But what’s key is challenging the system by shifting the focus towards valuing diverse species and all parts of their edible components. My priority is to maximise the yield from one single fish, which I firmly believe should not be seen as something we only take the fillets from.”

The fish collar is the flesh behind the gills, a neglected and often wasted cut. In Take One Fish, Niland wants to show just how many parts of the fish you can transform into amazing dishes, encouraging people to find a fish and become an expert on it. He’s given recipes and tricks for cooking 15 species of fish.

You’ll be able to get fish collars at almost all fishmongers, and he recommends asking them to cut the bones out of the wing so you have one less task to do. Save your energy for the sauce. “The hot sauce takes two weeks to ferment but it is definitely worth the wait, resulting in a fiery, fragrant concoction that you will be slinging across all manner of other dishes,” he says.

Method:
To make the tamarind hot sauce, place all the ingredients in a blender and blitz to a fine puree. Pour the mixture into a sterile Mason (Kilner) jar, cover the opening with a square of muslin (cheesecloth) and secure with a rubber band or kitchen twine. Store out of direct sunlight and leave the ingredients to ferment with the lid off for a minimum of 2 weeks. If needed, add extra tamarind for acidity and to round out the flavour profile.

For the marinade, combine all the ingredients in a bowl.

Using a sharp knife, score the skinless side of the bass-groper collars in a crosshatch pattern, taking care not to cut too deeply into the flesh (this will speed up the cooking process and encourage even transfer of heat). Add to the marinade and toss to coat, then cover and marinate in the fridge for at least 4 hours, but preferably closer to 24 hours for best results.

Drain off any excess liquid from the collars and set aside on a plate, reserving the marinade. Mix the flour and potato starch in a shallow bowl.

Dredge the marinated collars in the flour mix and leave to stand on a wire rack for at least 1 hour, then dip them into the reserved marinade and then back into the flour mix once again. Leave to stand for a further hour. A more significant crust can be developed here if you can leave the collars to stand overnight after the first coating, but both outcomes are excellent.

When you are ready to cook, pour canola oil into a heavy-based saucepan to a depth of 4cm and heat to 180 °C. Deep-fry the collars for 5–6 minutes until cooked through and golden brown, stirring occasionally with a slotted spoon to stop them sticking together or catching on the base of the pan. Remove the collars and drain on a wire rack. Season with salt flakes and dress the outside crust with a little tamarind hot sauce.

Add a few splashes of the hot sauce to the mayonnaise. Stir in the lime juice and season to taste with salt.

To serve, spoon the mayo onto the base of four lightly toasted rolls or buns. Place the crispy fried collars on top and finish with iceberg lettuce, your favourite pickles and the top half of the buns.

This is an extract from Take One Fish: The New School of Scale-to-Tail Cooking and Eating, published by Hardie Grant, out Wednesday July 28. Buy it here.