Some people say these are Sydney’s best hot cross buns. Make them yourself and see. 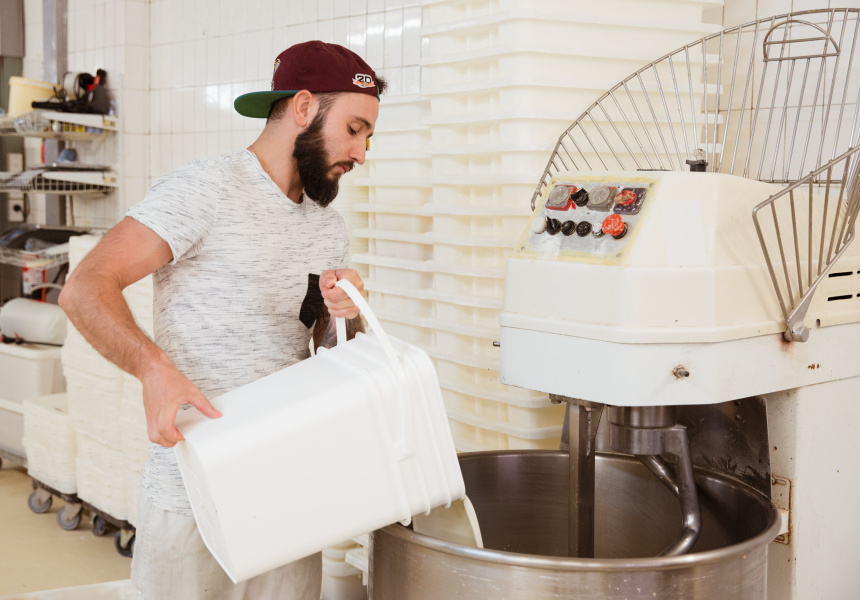 “In the past we’ve made sourdough hot cross buns but this year we’ve decided to make them more classic, like those soft gooey-style buns,” says Brickfields owner Simon Cancio.

These ones are packed with fruit, including cranberries, which Cancio says isn’t traditional. The orange zest is though, and it’s there to add a little bitterness to offset the sweetness.

The buns sold in the bakery are made using croissant ferment for a nice sour flavour, but Cancio says not to worry about it for this recipe as it’s not something people would have at home.

Method
Mix bun ingredients together for 10 minutes without fruit and spices, then add them and stir slowly for two minutes. Leave to rest for 30 minutes. (Note: your dough's rise will depend on the temperature of the dough after mixing. If the ingredients came straight from the fridge and are really cold, it will take longer to rise.)

Divide and roll the dough into 90–100g individual balls.

Place them on a lined baking tray leaving about 1.5 to 2 centimetres between the dough.

Combine the piping mix mixture and spoon it into a piping bag.

The buns are ready to be piped and baked when the dough springs back to its original shape within a few seconds of gently pushing the top of a bun with your finger. When this is the case, pipe crosses on the bun.

Preheat your oven and when ready, bake at 225 degrees for 22 minutes.

While cooking, make the glaze by melting sugar and the cinnamon into the water on low heat. Glaze the buns when they come straight out of the oven.

Smother with butter and enjoy.