Tired of smashed avo and poached eggs? This heavenly risotto with coconut, figs and fresh lime will bring new life to your home breakfast table. 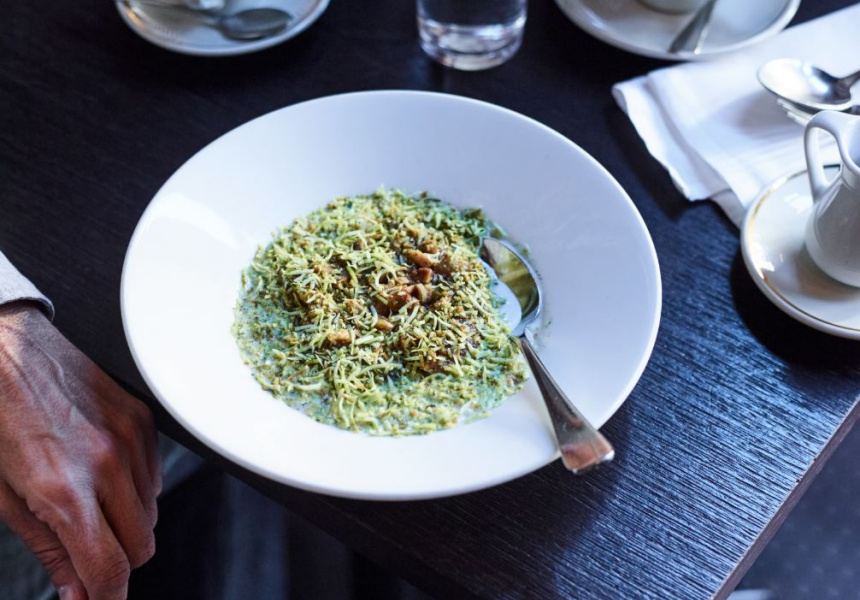 Sydney restaurant Fratelli Paradiso is justifiably renowned for its lunch and dinner dishes, such as calamari Sant’ Andrea, lasagnetta bolognaise and boozy tiramisu. Since 2001, these updated classics have been pulling diners from well beyond Potts Point’s manicured streets.

Breakfast, though? It’s comparatively unsung, despite Paradiso’s in-house panetteria (bakery). According to head chef Nigel Ward that’s partly because Italian culture itself places such a great emphasis on the later meals. So much so that this dish was adapted from a popular Northern Italian dessert.

“We thought it was a great way of having a nice hearty breakfast – instead of a porridge or anything like that,” Ward says. “We wanted to marry what Australian people expect from a restaurant breakfast menu, while trying to be authentic.”

Although the base always remains the same, Fratelli Paradiso’s kitchen changes up the garnishes every two months to complement the seasons and the temperature.

As with any risotto, the trick is to stir it constantly. “You’ve got to do that to extract the starch – that’s what gives it a lovely, creamy consistency,” Ward says.

If using lime leaves, set oven to 70°C. Boil leaves for 1 minute, then place in the oven on a baking tray for 8–12 hours until completely dry. Blend or grind into a powder.

The next day, preheat the oven 180°C. Spread the coconut on a baking tray and cook for 6–8 minutes, mixing every 2 minutes, until the coconut is a nice golden colour.

Meanwhile, cut the dry figs into 1cm cubes and soak in a bowl with ½ cup hot water. Set aside to cool.

Puree the fresh figs, honey, zest and juice in a blender.

Transfer the rice to 4 bowls and pour the fig puree on top. Finish with the dried figs and roasted coconut and, if using, a dusting of lime leaf powder.