“The fudgiest of all the chocolate cakes.” 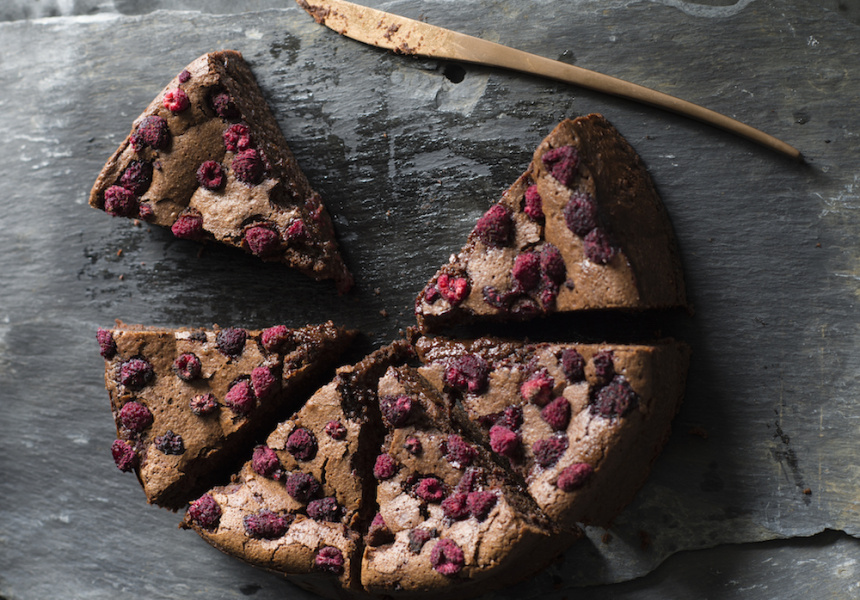 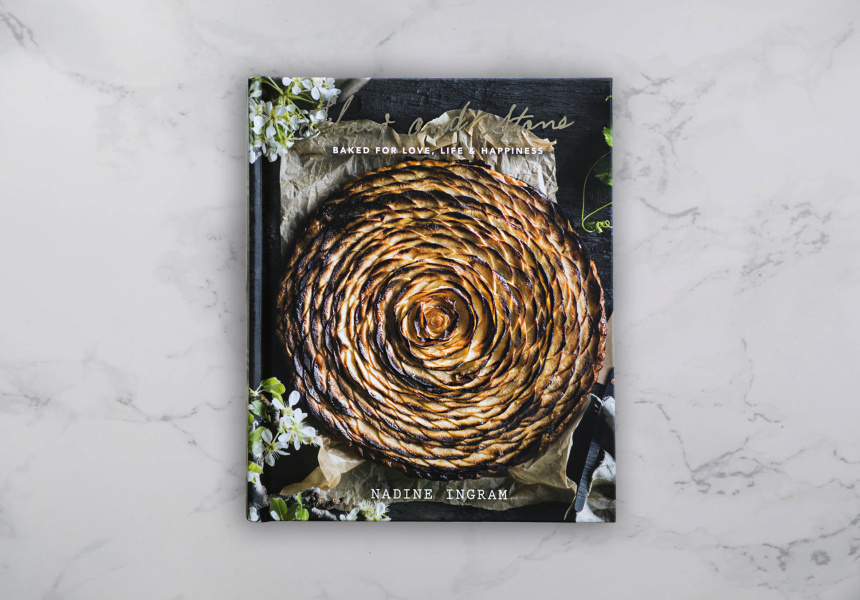 Tiny Flour and Stone in Sydney’s Woolloomooloo has been turning out baked goods for loyal locals since 2011. What’s now considered one of Sydney’s best bakeries started out with basic fare like vanilla cake and iced gingerbread, but founder Nadine Ingram has since expanded the bakery’s range to include cult goodies such as zesty lemon drizzle cake, panna cotta-soaked lamingtons, black sesame chiffon cake and this dense and rich chocolate, raspberry and buttermilk cake.

“This is the fudgiest of all the chocolate cakes I know and it’s perfect even without the raspberries on top,” says Ingram. “The lightness of the crumb makes it difficult to stop at just one slice and, while it needs no accompaniment, there is nothing that can’t be improved with a big dollop of double cream.”

Preheat the oven to 140°C. Line a 22cm springform cake tin with baking paper and dust with flour. Place the chocolate and butter in a heatproof bowl set over a saucepan of barely simmering water to melt, stirring occasionally with a spatula until melted and combined. Ensure the water is not touching the bottom of the bowl and that the heat under the bowl is gentle so the chocolate doesn’t burn.

Meanwhile, place the eggs and sugar in the bowl of an electric mixer fitted with the whisk attachment. Beat on high speed for about 5 minutes until it’s thick and fluffy (this is called a sabayon).

Once the chocolate has melted, turn the mixer off and pour the chocolate straight into the bowl with the eggs, then add the almond meal and buttermilk.

Return the bowl to the mixer but this time use the lowest speed to gently mix all the ingredients together (as if you were folding it by hand). You’ll notice the mixture is quite streaky at this point as the foam from the sabayon melds with the chocolate ribbons. After a few turns around the bowl the streaks will start to disappear and you want to stop the whisk just before the last streak disappears. This will ensure a light batter that has not been overworked.

Remove the bowl from the mixer and use a spatula to scrape all the way to the base of the bowl to ensure any chocolate that has fallen to the bottom is well combined.

Pour the batter into the prepared tin and bake for 45 minutes or until the top of the cake has formed a crust.

Remove from the oven and cover with the raspberries, gently pressing them into the surface of the cake. Don’t be tempted to scatter the raspberries over the batter before baking as they will just fall to the bottom.

Return the cake to the oven and bake for a further 30–40 minutes or until the centre is springy to touch. It can be hard to judge the readiness of this cake, but because it’s flourless the good news is it’s hard to overbake it. The centre will always remain lovely and gooey, so if you have any doubts just leave it in there. If you do need extra cooking time and the raspberries start to burn you can easily cover the cake with foil for the rest of the baking time. If you decide to omit the raspberries and leave the cake plain, just bake it for 1 hour all up.

Let the cake cool in the tin for at least 2 hours before you remove it. It can be difficult to cut because it’s so sticky, but if you heat the blade of the knife with hot water and wipe it dry before slicing you’ll achieve a nice neat cut.