This simple take on mushrooms is a tasty side, starter, or standalone snack. In partnership with Heinz, we’re taking a look at how to make Dorothy Lee’s crisp and crunchy treat. 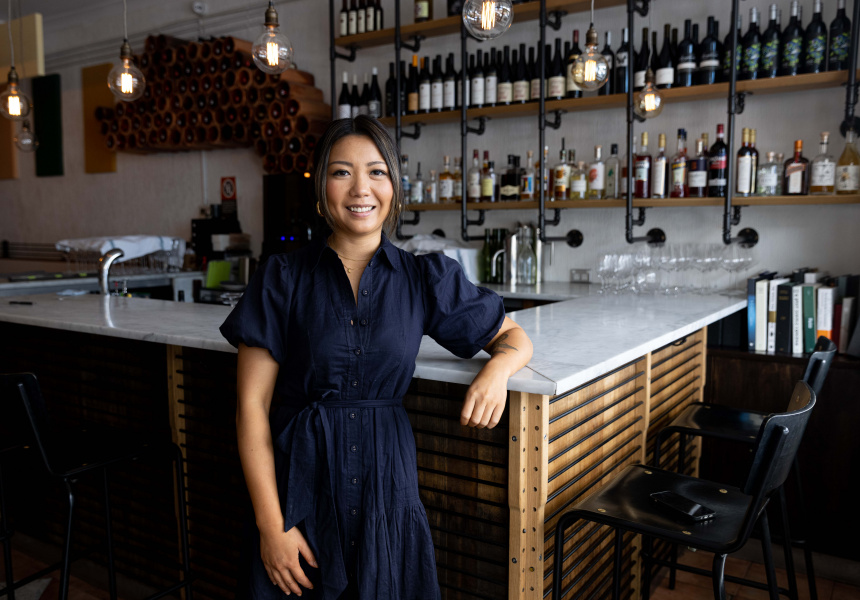 It’s a secret few dare say out loud: frying makes almost everything taste better. And when you combine it with something that already has a great flavour, like marinated mushrooms, you’ve got one serious snack.

“My inspiration was salt and vinegar, crispy fried food,” says Dorothy Lee, co-owner and chef at Hartsyard, says about her fried mushroom riff on the classic salt and vinegar chip. “It’s a whip-it-up-at-home-any-time kind of snack – if you're looking for something a bit savoury, this is a really good idea.”

First, slice the mushrooms into pieces, then marinate them in the soy sauce, wine and a little bit of sesame oil for a good half hour or so. “Once you marinate, it will become a bit watery,” says Lee, “so before you crumb it you have to drain the liquid and pat them dry.”

Next comes the coating, with the egg wash requiring some rigorous beating to ensure the two eggs are fully mixed with the milk. The crumbing mix is all-purpose flour, which Lee says may be a little bland for some tastes. “I probably would season the flour a little bit with salt or pepper.”

First you dip the mushroom in the flour, then in the egg wash and then into the breadcrumbs. “You need to double crumb it, so let it set for five minutes so that it's not too wet before you do the second crumb. If you touch it and it's kind of set, that’s the ideal texture.”

If you’re worried your crumbing has come out too soft or soggy, don’t worry. “You can pre-crumb them, leave in the freezer, and then take them out and fry them before you serve. That's totally fine.”

The recipe specifies a narrow pot, but Lee says anything can work. “As long as the mushrooms are covered and the oil is deep enough for you to fry a couple of mushrooms, then it's fine.” It should take around five minutes for the colour to turn golden, and Lee doesn’t recommend putting all your mushrooms in at once.

“I wouldn't do more than five at a time – I hate it when something goes wrong at home and I’m like, that's all I have”.

Once they’re golden, pat them dry with a paper towel to absorb any excess oil, then dip them in Heinz Street Food Rice Wine Soy & Vinegar Sauce. “I fry these mushrooms for the salt and vinegar taste, and the sauce goes really, really well with that.”

Lee has one final tip: don't be timid when it comes to marinating your mushrooms. “I know I've put down 50 [millilitres] of soy sauce but you can definitely judge by taste. Don't be shy, just taste everything. It'll be really good.”

Method
Marinate mushrooms in the soy sauce, shaoxing wine and few drops of sesame oil for at least 30 minutes. Then drain the liquid through a sieve. Lightly pat the mushrooms dry.

Beat together the eggs and milk to create an egg wash. Dip the mushroom into the flour (which you can salt), then into the egg wash and into breadcrumbs. Let the crumb set for about 5 minutes.

Repeat the steps above and set aside for frying. Heat oil in a deep narrow pot to 180C. You want it to at least cover the mushrooms. Fry 2-3 piece at a time, depending how big the pot is, until golden. Drain any excess oil on paper towel.

This article is produced by Broadsheet in partnership with Heinz. 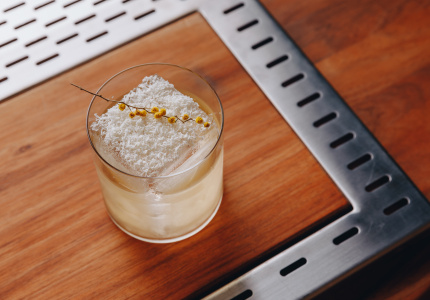 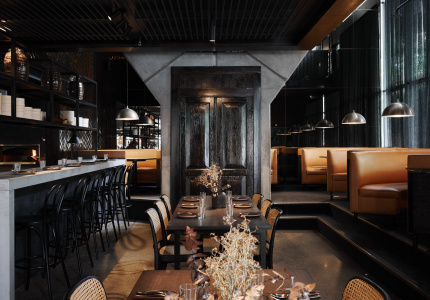