The Dutch know how to make a sweet treat. In partnership with Magnum’s new Amsterdam-inspired chocolate and cookie butter ice-cream, Claire Feij from Vue de Monde takes us to the markets of her homeland with her recipe for stroopwafel. 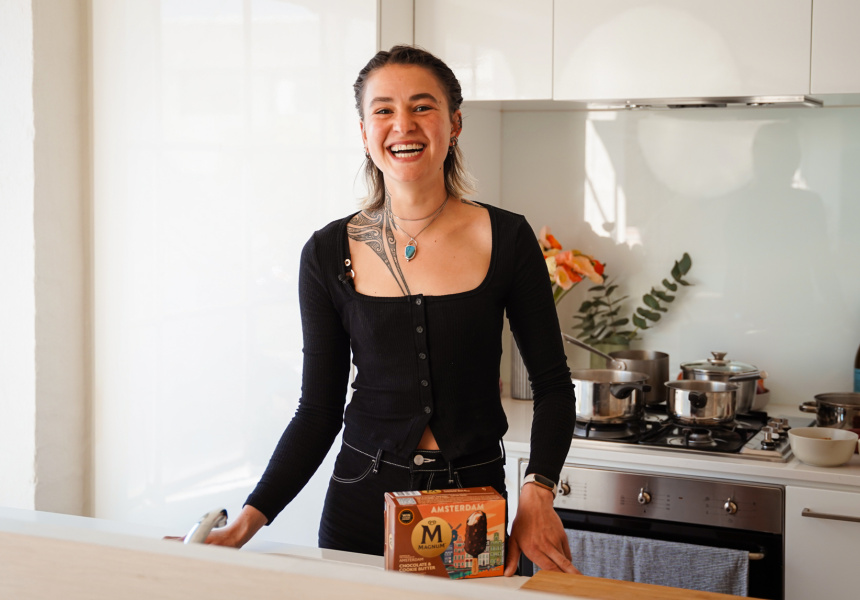 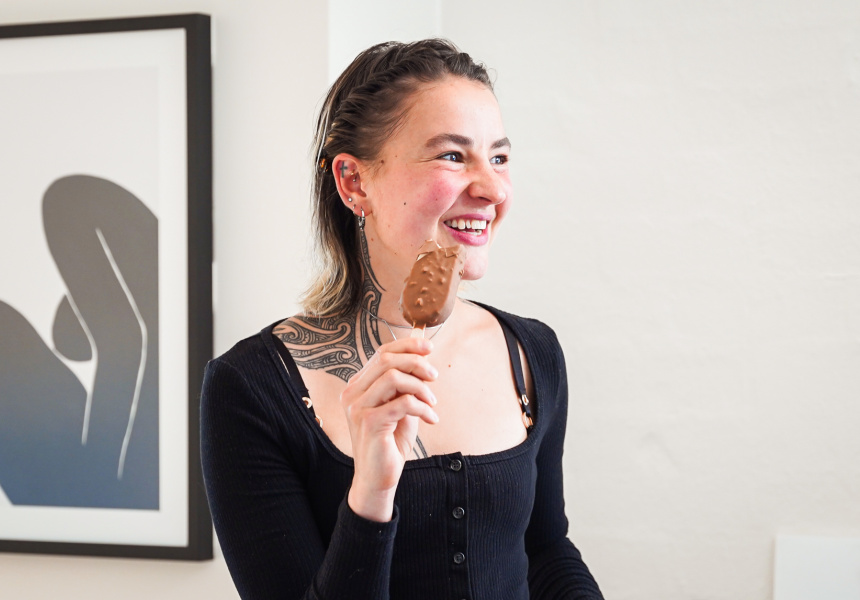 Stroll through any market in Amsterdam and the delicious smell of spiced caramel greets you, wafting above the crowds and luring you to its source: the popular stalls selling stroopwafels.

A much-loved confection in the Netherlands, a stroopwafel is a waffle with spiced caramel sauce squished between two thin wafers. “It’s like a spiced cookie,” says Claire Feij, who grew up in Amsterdam and is now the head sous-chef at Vue de Monde.

The waffles are made fresh on the spot by stroopwafel vendors, who keep “the waffle irons smoking hot, and the doughs and caramels ready”, says Feij. “As you walk around the market to do your shopping for the week, you grab a cheeky stroopwafel at the end of it.”

The spices in stroopwafel reflect the Indonesian influence on Dutch cuisine and the spice trade of the 17th and 18th centuries. “We don’t have plain cookies – we have cinnamon,” says Feij. “It gives everything more depth.”

Feij trained to be a chef in the kitchens of Michelin-starred restaurants in Amsterdam. When she graduated, she “applied for the top 10 best restaurants in the world with three Michelin stars and waited to see who was going to reach out first”.

The first bite came from Eleven Madison Park, a fine-dining restaurant in New York with three Michelin stars. After a year in New York, Feij wanted to continue her travels in another English-speaking country. She arrived in Melbourne in February 2018, taking a job at Vue de Monde with plans to move to Sydney after a six-month stint. Nearly four years later, Feij is still at Vue de Monde and her backpack remains in storage.

Feij has made a home in Melbourne, a city she says is like Amsterdam in many ways. Both are liberal and diverse, with “a lot of different cultures living together.” And, like Melbourne, Amsterdam is a city full of delicious dining options, from “fancy Michelin-starred places” to famous coffee shops to the Indonesian snack bars on every corner.

In Melbourne, when Feij wants a stroopwafel fix, she makes it at home. “The smell takes you straight to the markets of Amsterdam,” she says. Her hot tip for making it at home? Enjoy it with cookie butter ice-cream. “With the warm caramel sauce, it’s like making a sundae with your cookie.”

Method:
Triple-bag the white chocolate and cook in boiling water until it reaches desired caramelisation. Place chocolate in freezer to set enough to cut it into small pieces.

For the stroopwafel batter, preheat the waffle machine and brush both sides with butter.

In a mixing bowl, beat together egg whites, sugar and vanilla. Add the salt and half the flour. Beat to incorporate. Add the melted butter and remaining flour and beat until smooth.

Spoon 2 tablespoons of batter onto the hot machine, close the lid and lock it in for 90 seconds. Check for colour and carefully remove from the waffle iron once golden brown.

To make the spiced caramel sauce, heat the sugars in a medium saucepan and evenly caramelise until foxy brown. Add the vanilla pods.

Once the sugars are melted, stir in the butter right away until combined and keep cooking for another minute. Make sure the caramel and butter are emulsified before continuing to the next step.

Add the cinnamon. Slowly pour in the slightly heated buttermilk and stir carefully. Add the salt, and cook it down for a minute or two. Take out the vanilla pods. Allow to cool slightly before using.

To assemble, place the stroopwafel on a plate and drizzle with the spiced caramel sauce. Spread the caramelised white chocolate on top, and finish with fresh berries.

This article is produced by Broadsheet in partnership with the new Magnum Destinations range. Magnum is giving four readers the chance to win the ultimate luxury holiday for two to their choice of The Whitsundays, Sydney, Melbourne or the Gold Coast by purchasing any Magnum Destinations product. Enter now.