“I love the slippery noodles combined with that sweet mince sauce,” says the Mr Wong and Ms G’s chef. As well as learning the history of these dishes, including poutine, martabak and arepa, he shows you how to make them. 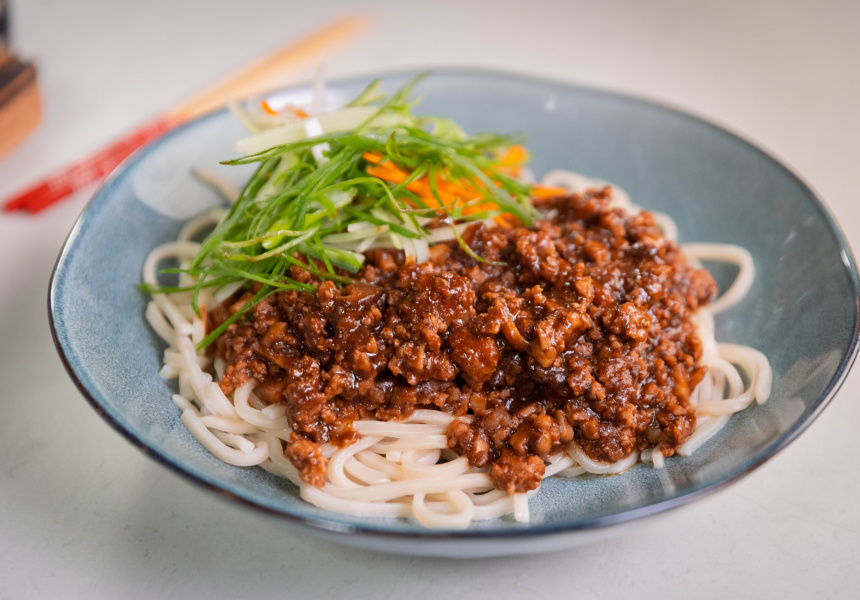 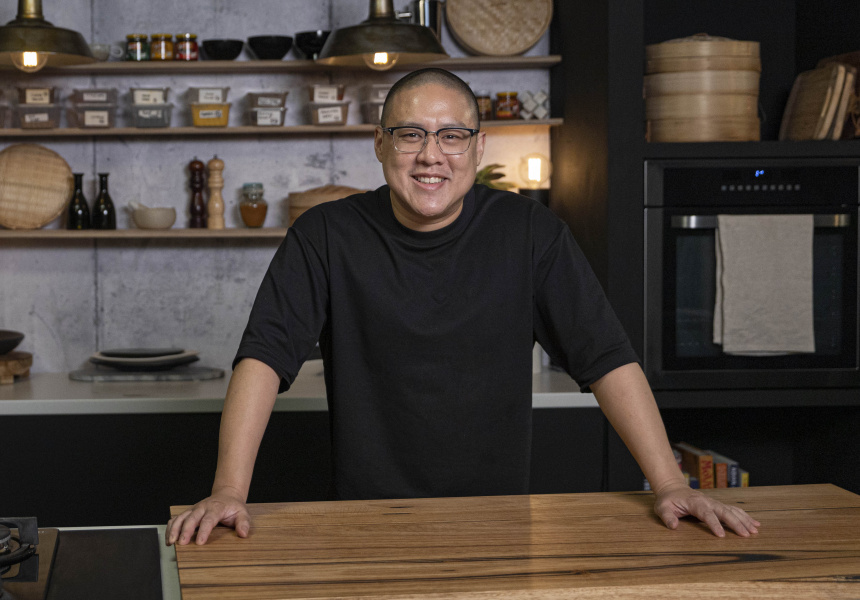 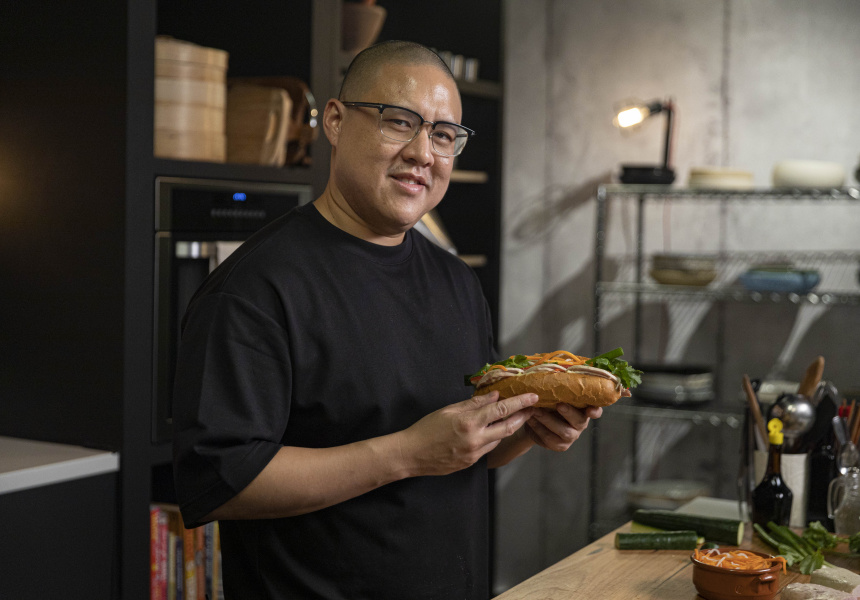 The premise of Dan Hong’s SBS TV show, The Streets With Dan Hong, is simple: the best food isn’t found in fancy restaurants, it’s found on the streets. Sometimes literally, as in it’s made at a food cart on the footpath; other times it’s at market stalls or casual eateries.

This show sees him searching for the world’s greatest street foods, learning how they came about, how they’ve evolved and how they’re made. The notoriously creative Sydney chef then recreates them so you know, too, while also adding his own spin to the dishes, of course.

For the eight-episode show, the Ms G’s and Mr Wong executive chef looked to Asia, India, America, South America, Mexico, Europe and the Middle East. For Colombia, he learnt about arepa domino, a flatbread filled with black bean and cheese; for Indonesia it was the savoury, loaded pancake called martabak; and from Canada it was poutine – fries topped with cheese curds and gravy.

“Street food is honestly my favourite food to eat,” Hong says in the show. “It’s incredible how these authentic and rustic dishes, that were born from a cheap way to feed the masses, have evolved on the streets of every city in the world.”

From Beijing he highlights zha jiang mian. “Which literally translates as fried sauce noodles. On the streets of Beijing you don’t have to go far to find a bowl of these hearty wheat noodles topped with the iconic caramelised brown sauce made of ground beef or pork and fermented soy bean sauce.”

The northern Chinese dish is deeply flavoursome and savoury thanks to the bean sauce, which is found in specialty grocers. Hong says it’s one of China’s most iconic noodle dishes.

“I love the slippery noodles combined with that sweet mince sauce. The most important thing is your pork mince – it’s got to be nice and fatty,” he says.

Method:
Add pork, salt, cornstarch and white pepper to a bowl. Use your hands to combine. Set aside to marinade for 10 minutes.

Add the vegetable oil to a hot wok over high heat. Add the marinated pork and cook for 3–5 minutes or until browned. Add ginger and garlic, stir through. Add mushrooms and saute for a minute before adding the ground bean paste, sweet bean paste, soy and water. Reduce to a medium heat and simmer for 25 minutes, stirring occasionally.

Bring a large pot of water to the boil. In the last 5 minutes of cooking, cook your noodles for 4-5 minutes, stir with tongs for the first minute to help separate the noodles. Drain your noodles and divide among serving bowls. Top with spoonfuls of the pork and bean sauce. Top with cucumber, carrot and spring onions.

The Streets With Dan Hong airs Thursdays on SBS Food from Thursday August 4 at 8pm. It’s then available on SBS On Demand.