Produced by Broadsheet in
partnership with Applejack Hospitality.

Low and slow is the key to this rich Latin American dish. In partnership with Applejack, we talk to chef Amber Doig about the delicious result of taking time. 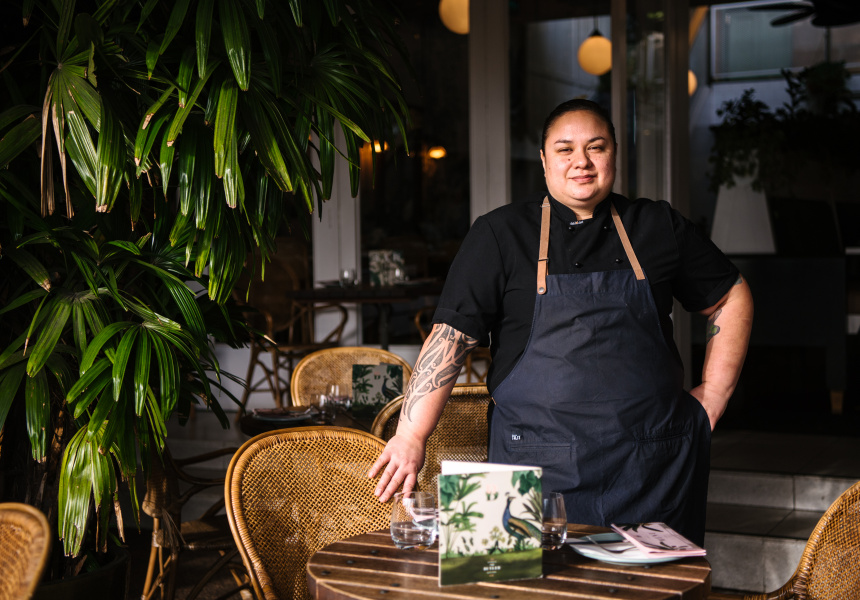 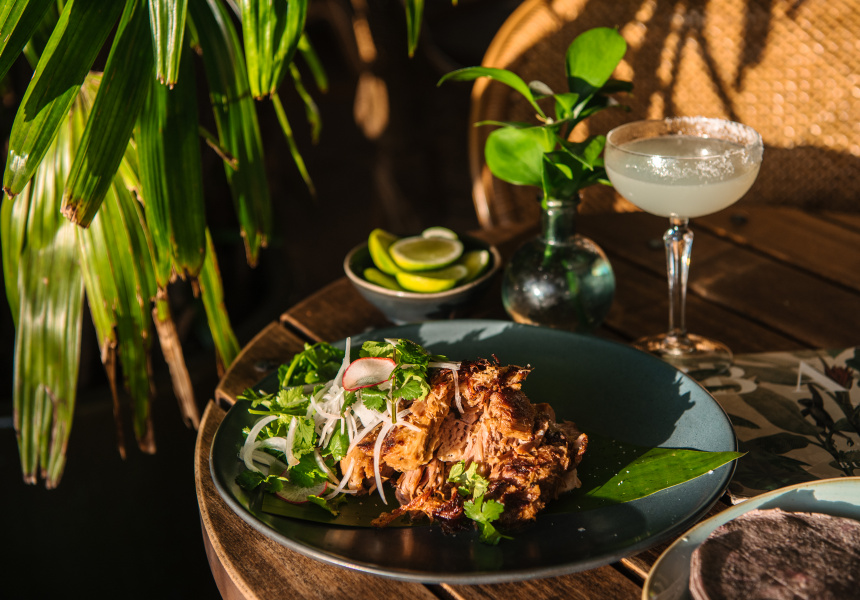 Doig is the head chef at The Butler, a former French restaurant in Potts Point Doig transformed with her knack for Ibero-American food. Having trained in New York City under Alex Stupak, the lauded mastermind behind Latin American sensation Empellón, the NZ-born Doig is perhaps one of Sydney’s foremost authorities on the cuisine.

The chef says these Confit Pork Carnitas are her take on a traditional dish she describes as Mexico’s version of pulled pork. “It’s a method of slow-cooking meat, usually pork, in its own fat for a long period of time,” she says. “Tender and delicious.”

Carnitas (which literally means “little meats”) originated in Michoacán, a state in Mexico’s west famous for its avocados. The key to nailing home-cooked carnitas is time. “It’s a pretty simple throw-together dish,” says Doig. “As long as you follow every aspect of the recipe it’s going to turn out perfectly.”

First, the pork is soaked in brine overnight. This adds moisture and tenderness to the meat, as well as a method of seasoning. “Instead of having to be heavy on the salt when we’re braising it, I prefer to leave it in a salt solution overnight with a few spices, so the meat has time to absorb the flavours from the brine,” she says.

The next step is braising the pork. Pork lard and “smoky and mild” guajillo chillies are added to the braising liquid, along with orange, lime, tomatoes, carrots and a handful of spices – a cinnamon quill, star-anise, peppercorns and bay leaves.

Doig says a long, slow braise gives the best results. “It takes about three-and-a-half hours to cook,” she says. “Instead of using a fan-forced oven with this dish, I always prefer to use a static oven, so there’s no additional heat to dry it out.”

She suggests placing a banana leaf or baking paper directly on top of the braising liquid and sealing the dish with a lid or aluminium foil to help retain the moisture in the pan.

When it comes to buying the pork, always try to use ingredients that are local to where you live, says Doig. “Do a bit of research on the farm or the animal that you’re going to buy to make sure it’s well-treated.”

Serve the pork with fresh and zingy sides to counterbalance the richness of the meat. Doig recommends shaved or diced raw onions – “white usually, because they’re not so overpowering” – as well as fresh coriander and sliced radishes finished with some lime and salt, “just like a Margarita”.

Finish the feast with your tortillas of choice as well as Mexican salsa – “store-bought or something simple that you make yourself with fresh tomato, chilli, onions and lime.”

And, of course, don’t forget the drinks – take your pick from a good-quality Mexican beer, tequila or mezcal, or mix up some Margaritas. “It’s nice to stay true to the region while you’re eating a lovely dish like carnitas,” says Doig.

2kg pork shoulder, bone out and skin off, cut into fist-sized chunks

Preheat oven to 165°C (no fan). Remove pork from brine and allow to drain. Place pork in a 6–8L deep-roasting dish.

Add all braising liquid ingredients to the pork, ensuring meat is covered entirely by liquid. Place a sheet of baking paper on top of pork and cover with lid or aluminium foil. Place in preheated oven and cook for 3.5 hours or until pork is tender. Remove from oven, remove foil and allow to rest for 30 minutes.

Remove pork from braise. Strain and reserve stock, which can be used for another braise (the fat can also be used for cooking, and the broth can be used as a flavour enhancer for soups or sauces).

Heat a skillet or heavy-based pan (cast iron or similar) over medium heat with a little vegetable oil. Fry the pork pieces in batches until the meat is crispy in parts, shredded slightly and heated through. Check flavour, adding more seasoning if necessary.

Place pork on serving platter. Arrange salsas, shaved onions, fresh coriander, lime and any other condiments in serving bowls next to the platter. To finish, warm a stack of soft tortillas in a hot pan (10–12 seconds on each side). Keep warm in a cloth napkin, tea towel or another improvised tortilla holder.

This article is produced by Broadsheet in partnership with Applejack.

Produced by Broadsheet in
partnership with Applejack Hospitality. Learn more about partner content on Broadsheet.