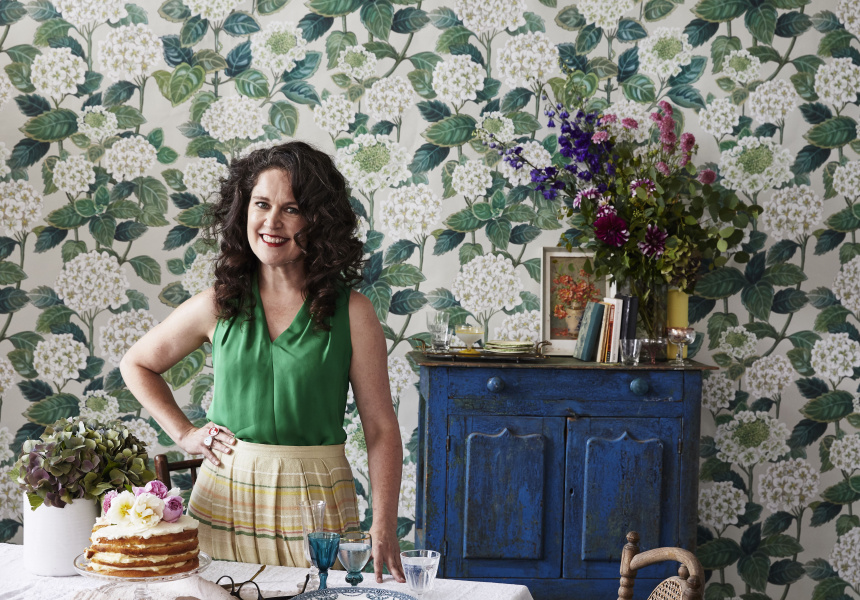 Annabel Crabb’s second cookbook, Special Guest: Recipes for the happily imperfect host, is billed as being “for anyone who ever felt like punching a wall before their guests arrive”.

It’s full of dishes that make it easy to appease the masses. And is there anything that does so quite like roast potatoes? Crabb’s version seems simple, but is bound to get your friends talking. Here’s the excerpt from her cookbook.

I will go to my death arguing that potatoes can be a meal in themselves. Ironically, that argument would probably be conducted with the inventor of this dish, my friend Alice Ryan, who would never contemplate serving potatoes without a brontosaurean rib eye.

When it comes to roast potatoes, these really opened my eyes. They’re called “glass potatoes” because the bottoms are a translucent, crackling, toffee-coloured brittle delight. Alice cooked them at a dinner party at her place in Melbourne; the following day, a surreptitious text message from another guest (“Did Alice say they were kestrel potatoes?”) confirmed that, just like me, he was immediately trying them out himself. They were that good. If you can’t find the kestrel variety – though really, try your best – substitute plain white washed potatoes; do not use a waxy kind.

“What’s the catch?” I hear you ask. Well: oil. And salt. If you’re planning to skimp on either, then just don’t bother. While we’re being frank, I disclose that I will likely sprinkle even more salt on my potatoes later, but that is because I am a salt monster who was quite possibly an antelope in a previous life.

Preheat your oven to 220°C (200°C fan) and dig out a suitable roasting tin. The heavy cast-iron type is ideal, but use what you have; no ceramics, though, please. My 40cm x 28cm tin fits 2kg of potatoes nicely.

Put the potatoes, whole, into a large saucepan and cover with water. Bring to the boil and cook for about 30 minutes, or until the potatoes are soft and a knife goes to the heart with ease. The skins will have split a little. Drain and tip into your unoiled roasting tin.

Okay. With a big spoon, press down on each potato to crush it slightly. What you’re looking for is a big dent in the top of each spud, which will obligingly split a bit. Now pour over your scandalous, Exxon Valdez quantity of oil, sprinkle with the salt flakes and put the whole thing into the oven. After 10 minutes, turn the oven down to 200°C (180°C fan), and let the potatoes go for another hour. Don’t poke or baste or shake or otherwise interfere with them.

The ancillary beauty of these spuds is that they are very laid-back. If an hour goes by and you suddenly remember that you need to make a salad and you haven’t yet, or you were going to cook some steaks and were so busy chatting that you plain forgot, just turn the oven temperature down to 180°C (160°C fan) and the potatoes will coast along for another half an hour while you catch up.

To serve, just bring the roasting tin to the table.

Special Guest: Recipes for the happily imperfect host is available online and in store now.