The Real-Life Architect Behind a Booming Beer Brand

An idea that started in a garage is now a nationally recognised brand. In partnership with MYOB, we talk to Vedad Huric about celebrating the small wins that lead to big things. 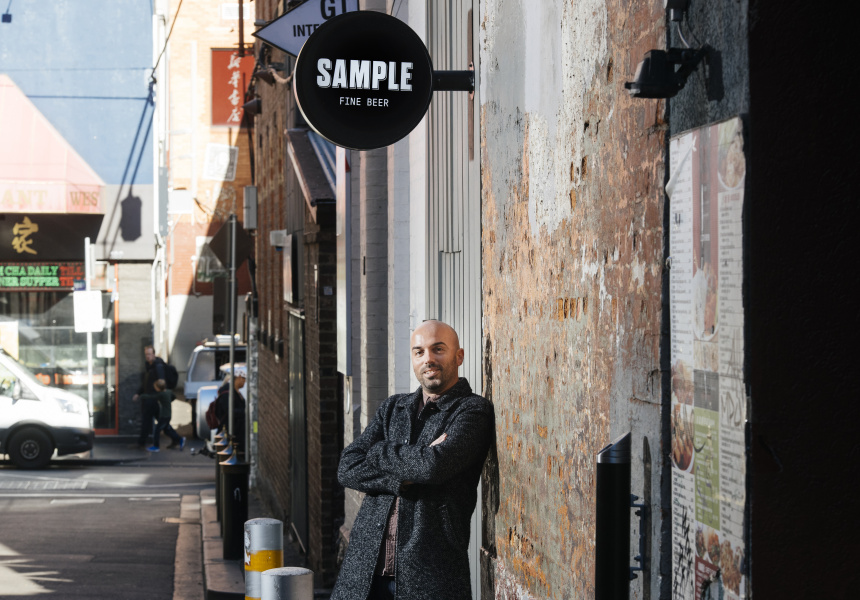 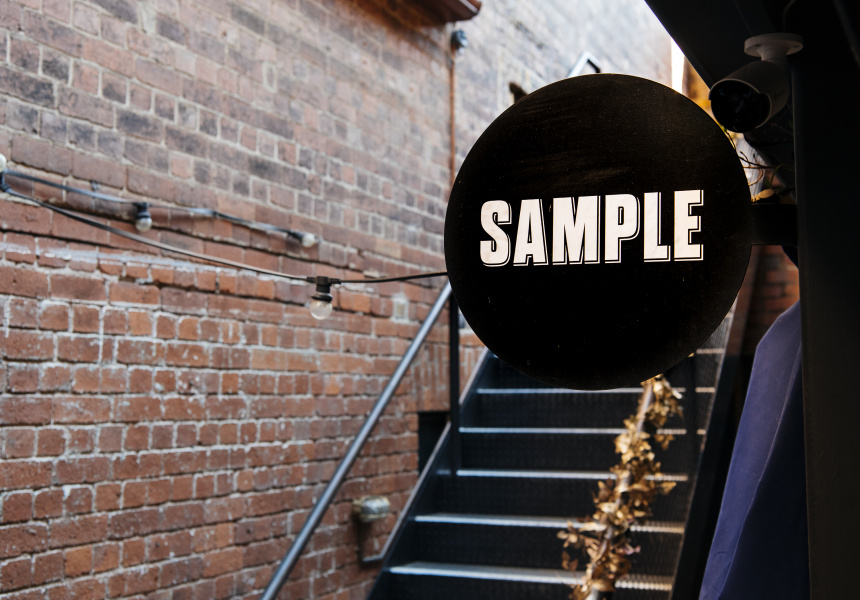 In 2012 Vedad Huric was working as an architect. But an interest in beer saw him convert his parents’ single car garage in Maribyrnong, Melbourne, into a home-brew set-up. Initial results weren’t inspiring.

“My first brew was a pale ale and I wasn’t at all happy with it,” he says. “But I kegged it and took it to a party anyway. It tasted great, but it was just foam. We had to wait for 20 minutes to drink it and of course, by that time everyone had gone back to their generic brand beer.”

Huric persisted. A year and a half later he felt it was right. He gave a batch to some hospitality friends who passed it on to some hospitality leaders. They liked it. So in his spare time, Huric started making more and more beer. He called his product Sample. Why?

“In architecture we are predominantly surrounded by samples, whether it’s material samples or anything that goes into a building,” he says. “I always saw beer as a medium or a supplement that connects people and sparks new ideas. So I decided to present what my architecture firm would look like, but presented it in a beer format.”

“I remember when I was working at an architectural practice in the Melbourne CBD and I got three calls in one day from stockists who wanted my beer,” he says. “I had to stand up and walk away from the work area to take the calls. It was exciting and scary to realise this beer thing might have some legs.”

He started working part-time at the practice, then in late 2015 he quit his job altogether to focus on Sample. A few years later, and Sample’s four brews – a pale ale, gold ale, lager and a 3/4 IPA – are stocked by more than 800 bars, restaurants and venues throughout Victoria and New South Wales.

It didn’t come without a steep learning curve. “Right from the beginning, I’ve understood I need to have my books in order,” he says. “Brewing beer for market is a capital intensive process, and for that, you really need to be organised.”

Huric uses MYOB as his go-to tool for finance and analytics. “When you’re dealing with the business side of things, everything is driven by the numbers,” he says. “Data is king. MYOB has a powerful back end that allows you to extrapolate all the data you need for reporting and forecasting.”

Today Sample employs eight staff, is expanding into the rest of Australia, and has become a staple at fashion, design and industry events, including festivals such as Sugar Mountain. Huric has his eye on opening his own venues, too. But for now the small business owner is content to watch Sample grow organically.

“Being in the position to employ someone was an exciting turning point for me,” he says. “Recognising I needed someone to take care of business development and marketing, and that I could afford to, was very rewarding. With any small business, the ups are a lot higher than the downs. You need the stimulation of those small wins, of that progress to stay focused on your vision.” 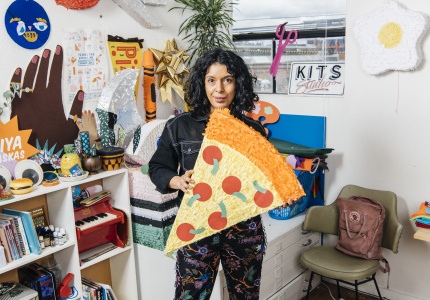