You won’t find gin, vodka, whisky or tequila in these tinnies. Instead these concoctions are made with an original beet spirit and flavoured with milk oolong, gooseberry, sour cherry, walnut wood and more. 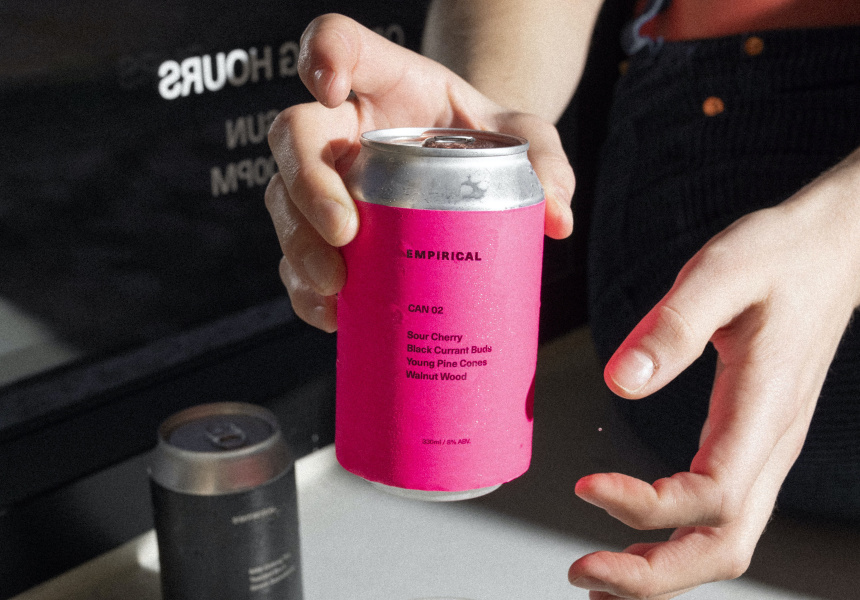 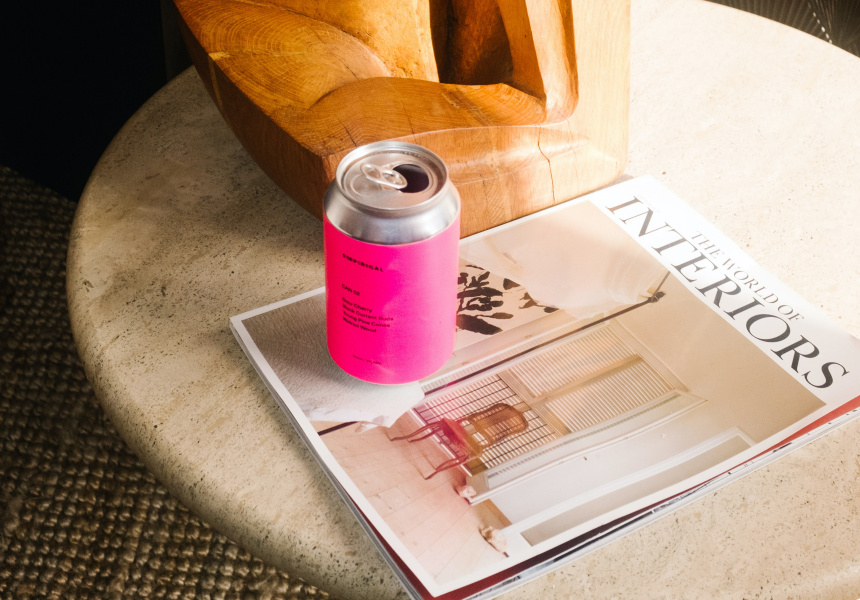 Beet molasses and Belgian saison yeast – those are the unconventional ingredients in the base spirit of Empirical’s two new ready-to-drink cans.

Simply named Can 01 and Can 02, the lightly carbonated drinks are the Copenhagen-based company’s first foray into tinnies – just in time for the Aussie summer.

Can 01 has a 10 per cent ABV and is flavoured with cold-brewed milk-oolong tea, toasted birch, green gooseberry, Douglas fir and pomelo zest. Can 02 has an ABV of eight per cent and is inspired by fruit beers aged in wood – it’s flavoured with sour cherry, blackcurrant buds, young pine cones, walnut wood and Maqaw pepper.

Neither a beer, a cider nor a cocktail, the beverages are in a class of their own – unsurprising given that Empirical (previously known as Empirical Spirits) was built on a desire to eschew conventional alcohol wisdom and create spirits that don’t fit neatly into any single category.

“In some ways, we’ve begun to think of our spirits as ingredients, and the cans are more of a finished plate of food,” co-founder Lars Williams says in a statement. “We’ve been asked time and time again how to use our spirits, and these cans are a reaction [of] that. Layered with flavour, but effortlessly refreshing, our cans are perfect for anytime sipping.”

The company was founded in 2017 by Williams and Mark Emil Hermansen – the duo bonded while tinkering with ferments and distillations at Noma’s Nordic Food Lab in Copenhagen. They were both trained to think creatively about food and ingredients, so it’s no surprise their Empirical products fall into a unique category.

This isn’t the brand’s first foray into ready-to-drink mixes. When Covid-19 hit and bars around the world shut down, it began enlisting top beverage pros to collaborate on a range of bottled cocktails. In June it released ES x Scout (a collaboration with Scout Sydney’s Matt Whiley) – a plum-stone-infused spirit flavoured with clarified plums; a pickle-strawberry shrub with passionfruit, lemon and cinnamon; and salted-caramel made from brine.

Empirical Spirits cans hold 330 millilitres and can be purchased from select retailers (either in-store or online), including Drnks, P&V Wine & Liquor Merchants and Native Drops in NSW; Blackhearts & Sparrows and Samuel Pepys in Victoria; The Wine Thief and Wines of While in WA; The Local Larder in Queensland; and Waxtop Wine in ACT.